There’s a news story called “‘Did You Ever Kill Anyone?’ 5 Things Not To Say To A Veteran” currently making its way through various social media sites popular with military veterans.  The story identifies five specific topic areas, such as PTSD and killing in combat, as off-limits to ask veterans about.  On this 4th of July weekend I thought I’d share my personal reaction to that article and the questions it addresses. 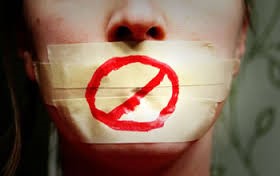 As a veteran with multiple combat deployments and more than a dozen years of service, I disagree completely with the fundamental premise that there are any questions that the American people shouldn’t be allowed to ask American veterans.

To the contrary, as veterans I think we should be talking to our civilian peers about all five of those things because they are fundamental realities of our way of life.  I’ve been asked every one of the questions on that proposed conversational “no-strike list,” and I don’t find them offensive.  Some veterans do, and that’s OK; that doesn’t mean we shouldn’t still talk about them.  In fact, when it comes to these or any other legitimate questions related to military service, I think our default setting should always be “I’m a veteran, ask me anything.”

Furthermore, instead of zeroing on what non-veterans should not say to vets, I think we should focus more on how veterans should engage with non-veterans.  I think the first thing for veterans to realize is that people asking probing questions about the military are most likely not bad people, they’re just curious people.  They probably don’t even know that some of the things they’re asking might be offensive or inappropriate, so it’s up to us to educate them in a way that allows for future dialogue.  I guarantee that if you’re a veteran, you’re going to get asked these kinds of questions; it’s good to just go ahead and start preparing for them.

The next thing for us veterans to realize is that we don’t know everything, and that not every problem in the world can be explained by what we personally experienced in combat overseas.  Online, in social settings, and especially in the college classroom I’ve seen too many vets think their opinion matters more simply because they’re veterans; sometimes that’s simply not the case.  We need to remember that we’re not all experts in everything, and there are many things we can learn from our non-veteran colleagues as well.

We’re not completely blameless either when it comes to thoughtless questions; in hindsight, I’m quite sure I asked many unintentionally-inappropriate questions to my friends who had a different profession, religion, sexual orientation, or country of origin from mine, not because I’m an inconsiderate toolbag (well, not just because of that) but because I was genuinely curious.  At the end of the day my non-military friends and I all ended up smarter because we weren’t afraid to ask each other questions—any questions.  I think that’s almost always the case.

So, my brothers and sisters in arms, I suggest that we all execute a little tactical patience with the non-veterans we interact with.  Until and unless they demonstrate clear intellectually-hostile intent, take any chance you get to practice some positive civil-military engagement.  Remember that if they’re asking you these kinds of questions, it’s most likely because you’re the first veteran they’ve ever talked to, and if that is the case, whatever impression you give them is the lasting impression that they will have of all of us, and our entire profession of arms.  If they care enough to ask, shouldn’t we care enough to answer?

For my part, I’m normally just so happy that someone cares enough to ask a real vet a real question about military service that there is almost nothing I won’t talk about if asked.  This was particularly true during my time in graduate school when most of my friends and classmates were non-veterans.  Both in the classroom and in social settings, we all adopted an informal “no offensive questions” policy meaning the person being asked the question wouldn’t take offense at anything that was asked, because no offense was ever intended.  After all, if someone is asking questions to genuinely better understand someone else’s experiences, lifestyle, or worldview, can ANY question truly be “offensive?” 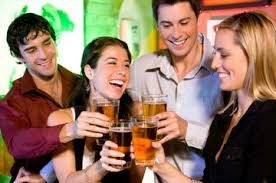 What I’ve done below is imagine a situation where I’m back at the bar with some of my young college friends, and how I might answer the five so-called off-limits questions.  My intent in writing this is to give veterans some things to think about when responding to these kinds of questions, and to give non-veterans some perspective and some things to think about before asking.  I want to emphasize that these questions do not reflect the nuance or the intellectual depth of the ones I usually get asked by my non-veteran friends and especially my former college classmates, these are just the ones that people are being told not to ask.

What follows are my opinions only; every veteran’s experiences are unique, and individual answers will vary widely, especially in different settings and with different audiences.  I don’t presume to speak for all of my fellow veterans, as they’re quite capable of speaking for themselves.  But I am a veteran, and I’m speaking now.  So crack open a cold one, lean back in your bar stool, and let’s have a conversation.   I’m a veteran, ask me anything.

“I don’t understand how anyone could join the military.”

Of course you don’t, that’s why we’re having this conversation in the first place!  Let’s unpack that statement for a moment.  What is it, exactly, that you don’t understand?  You don’t understand how people might sacrifice and risk their lives in support of something bigger and more important than themselves?  You might, one day, after you’ve had children, or your own home, or a profession, or a relationship you care deeply about, especially if any of that might suddenly get taken away by someone else.  You might also feel differently after you’ve had a chance to experience different cultures and ways of life, and realize how special the US really is in the world, and that it’s worth fighting for.

It’s not all about idealism, either.  Take a look at the economics:  military service could be a ticket to the middle class, a pathway to citizenship, a way to learn a marketable trade, or a way to pay for college.  And the benefits package, especially the retirement, is pretty substantial.  The military is an inherently dangerous profession, but it’s also the most respected instruction in the United States, and the US military is the most powerful one that the world has ever seen.  There is tremendous job satisfaction in doing one’s part to keep our nation safe, powerful, and rich; plus you get to travel the world, and they pay you for it!  After everything I just told you, I think a better statement is “I don’t understand how anyone could NOT join the military.”

“How could you leave your children?”

It’s because of my children that I’m still in.  Do you know exactly who and what it is we’re 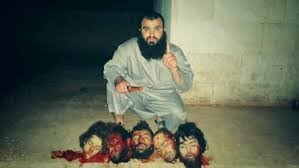 fighting in Iraq, Afghanistan, Yemen, the Horn of Africa, and elsewhere around the world?    I do.  I’ve seen it up close and very personal, many times.  There are a lot of brutal bastards out there who want to kill you, me, AND my kids simply because we’re Americans.  Watch the videos, hear them in their own words if you don’t believe me.  My being in the military helps keep ISIL in Syria instead of Syracuse, Al Shabab in Somalia instead of San Diego, and Al Qaeda in Pakistan instead of Philadelphia.  It keeps my children in Birkenstocks instead of burqas, in diapers instead of death camps.  Me fighting the bad guys “over there” means they’re not fighting my children “over here.”

There are genuinely evil people in the world who can’t be reasoned with, bought off, or captured and put in prison.  They can only be stopped with violence, and someone has to stand ready to meat it out.  After all, someone a lot smarter than me once observed “if we don’t learn to love the battle axe, someone else will.”  So if you want to join the party and stand on that line so I can stay home and raise my children, I’ll give you the number of a couple of really good recruiters.  I think I even have a pair of boots your size out in my garage.  If not, then you worry about passing freshman comp and let my wife and me worry about our kids.

“But really- did you kill anyone?”

Nope, but I assure you it wasn’t for lack of trying.

No, but many of my friends do.  It’s a very complex issue that we as a nation are really just now coming to grips with.  Not all veterans have PTSD, and not everyone who has PTSD are veterans.  In fact, there are more people with PTSD who are NOT veterans.  While we’re on this topic though, asking someone if they have PTSD is a lot like asking someone if they’ve ever killed anyone:  those are deeply, deeply personal questions that may or may not be appropriate to ask depending on that particular veteran’s experiences and your individual relationship with him or her.   If a veteran feels like you need to know those kinds of things about him or her, you won’t have to ask.

“Thank you for your service, but…”

Let me stop you right there.  There is no “but.”  Either you’re grateful, or you’re not.  I’m cool with however you really feel, but don’t try to play it both ways; I’ll have more respect for you if you pick one position or the other and stick with it.  The reason I cut you off is that the “but…” in the statement you started to make normally means there’s a political point following, usually one that involves why we invaded one country or didn’t intervene in another.  If you want a political discussion, talk to a politician.  Or ask one of our Global Affairs majors, they’re probably smarter and more politically-astute than most of our elected leaders anyway. 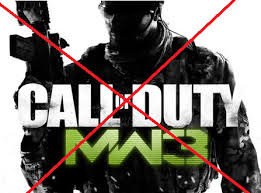 Here’s the deal—I’m a Soldier.  I fight who I’m told, where I’m told.  I don’t get to pick my wars like it’s drop/add day in the registrar’s office.  If the US military picked where we fought, do you think it would be a backwater like Afghanistan or a meatgrinder like Iraq?  Hell no!  If the military got to choose, we’d be “invading” small tropical islands just off the US mainland where they have no standing army and love dogs, homebrew, and everything ‘Murica.  Basically, it would be just like Panama City Beach, but with combat pay and nobody actually getting shot at or blown up.  Look, we go where the President tells us, when he tells us, for as long as he tells us.  And we always fight to win, because in our line of work the losers come home in coffins; combat isn’t Call of Duty.  So if you don’t like the wars he gets us involved in, or the ones he keeps us out of, take it up with him not with me.

Hey, are we going to talk shop all night?  This beer isn’t going to drink itself…