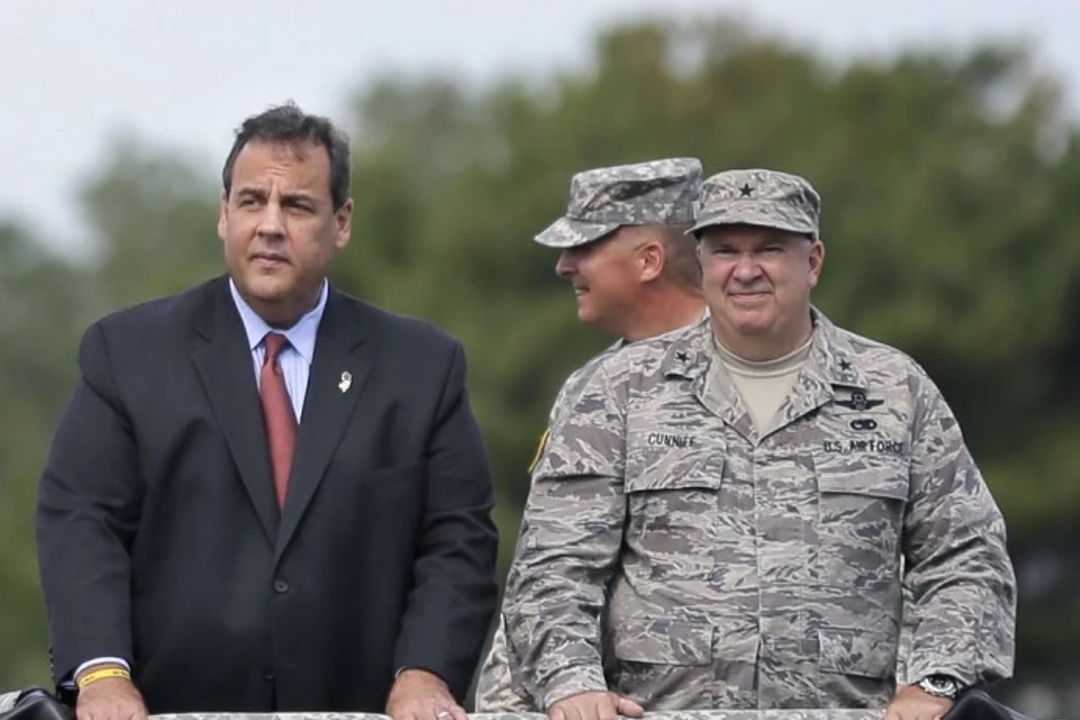 This article was published a year ago, but it looks like this guy is still in command.  Grossly overweight, out of regs, may have faked official records.  Credibility?  Zero.  Ability to lead New Jersey’s National Guard?  Slim.  Ethical standards?  Questionable.  Is this really the best that New Jersey has to offer its men and women in uniform?

Sometimes, the big guys will surprise you; more than once I’ve seen chubby meatheads burn through pushups and situps, and tear it up on the track.  More often, though, if someone looks fat and soft, they usually are.  This is especially true when they go up in rank, and there are often fewer people to around to enforce standards.  At the same time, the acceptable parameters of fitness loosen according to age, so an older person is officially allowed a little extra flab…

…but not that much extra.  Take a look at the New Jersey Adjutant General, the highest-ranking National Guard officer in the state.  Brigadier General  Michael L. Cunniff, NJ’s ranking general, is an Air Force National Guard officer.  In fact, one might say that he’s “too much” of an officer.  That’s what the Pentagon thinks, at least,  which is why they issued him a reprimand for being overweight and out of regs back in 2013.  His solution?  Simply stop taking the test.  Seems legit!

After an official investigation into allegations raised to the Inspector General about Cunniff’s compliance with physical fitness regulations, the investigating officer found General Cunniff “failed to comply” with Air Force standards.  You don’t say?  I mean, just look at the guy!

Appearances matter in our military, and values matter even more.  I don’t buy the argument that this isn’t a big deal because Cunniff is “just in the Guard” or “just in the Air Force;” to frame the argument like that is a disservice to both organizations.  What Brigadier General Michael Cunniff is, is a commissioned officer in the US military.  As long as he holds that distinction, he should at least be within regulations, if not exceeding the standards.  That’s not happening right now, and apparently hasn’t for a while.

I understand the people get old, that they get sick or have disabilities, or that the military might not be their major focus.  But as long as someone suits up and draws a paycheck, the standards should apply equally to everyone.  How can this officer uphold standards when troops assume (by looking at him) or know (because of the release of this report) that he his credibility and integrity are under question?  How can Governor Christie trust General Cunniff to come to him with bad news, when Cunniff never even bothered to tell Christie about the reprimand the Pentagon issued him?

Governor Christie wants to be President.  In that role, he will serve as Commander in Chief of the entire US military.  Is this an example of the kinds of things that a Christie administration will tolerate with its military?  Or will we see Cunniff’s resignation on Christie’s desk by Friday?