HomeCultureSpecial Operations General Relieved For Misconduct… Was There a Cover-Up? 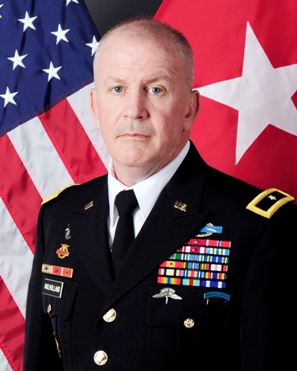 Thanks to a Freedom of Information Act filing by the Washington Post, we now know that then-brigadier general Sean Mulholland, the former commander of Special Operations Command-South (SOCSOUTH), was relieved of command following an investigation into his personal conduct and NOT for “health and personal reasons” as originally claimed by the Army last August.

Mulholland, who was reduced in rank to colonel and forced to retire, was relieved by Admiral William McRaven, commander of Special Operations Command (SOCOM), after an investigation into Mulholland’s behavior revealed multiple drunken episodes in which Mulholland became belligerent, hostile, or even violent after consuming alcohol.  These incidents occurred while on duty and off, both in the US and overseas.

One incident occurred in Peru, and at least two others happened at a civilian golf course near the SOCSOUTH headquarters in Florida.  In these later incidents, at least one drunken argument turned violent and in another, an angry and intoxicated then-General Mulholland had to be physically separated from three women.

It is unsettling that these incidents occurred so far apart in time and that so many of them happened before SOCOM acted.  The Peru misconduct happened in 2013, and the golf course incidents took place in 2014.  How many other incidents occurred in between, or previous to Peru, went unreported and uninvestigated?  Why did the Army allow the charade of “health and personal reasons” to persist?  Was there an attempt to cover up the REAL reasons for Mulholland’s retirement?

These questions are important, but of even greater concern to me personally is the excuse Mulholland offered for his behavior.  In a move much of America has come to expect any time a veteran gets in trouble with the law or runs afoul of military regulations, now-colonel (retired) Mulholland claimed that his actions were the result of… you guessed it, PTSD and traumatic brain injury.  Way to take responsibility, Colonel.

What is happening at the senior command levels in our Army?