HomeNationContemporary AffairsWhy I Didn’t Participate in the George Floyd Protests 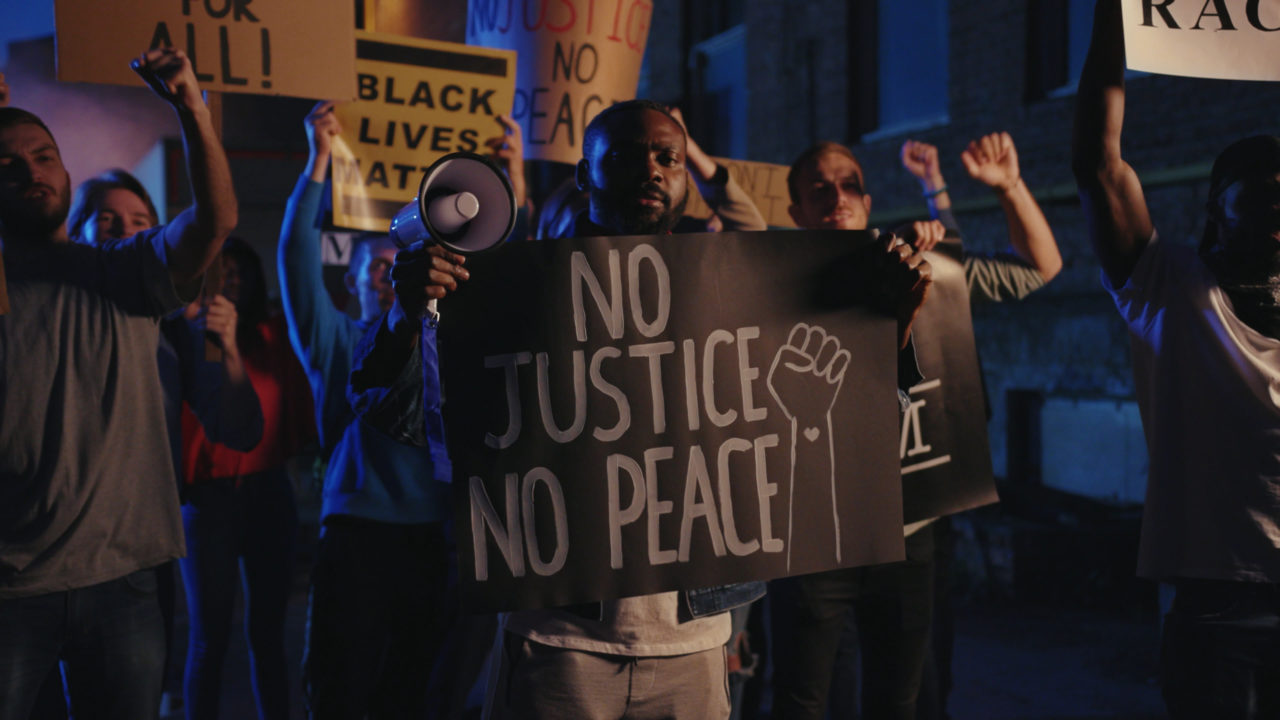 This first appeared in Frank’s blog on June 1, 2020, as “Violence.” It is republished here with the author’s permission.

“All violence consists in some people forcing others, under threat of suffering or death, to do what they do not want to do.” – Leo Tolstoy

“This is the ultimate weakness of violence: It multiplies evil and violence in the universe. It doesn’t solve any problems.” – Dr. Martin Luther King Jr.

I haven’t participated in the demonstrations against the murder of George Floyd. I’m not sure that I even want to be involved in any of them.

It’s not that I am afraid to participate. At least, I don’t think that I am. I have been part of plenty of protests over the years. I have marched, carried signs, chanted, and done all the other activities that usually go with peaceful protests. Back in 2017, I got arrested and jailed for civil disobedience during an action in Nevada. I’ve tasted tear gas, but that was many years ago, and courtesy of the U.S. Army. I’ve seen some things. It’s because of my experiences that I am reticent about diving headfirst into the current madness.

I have learned to be very selective about my fellow protesters. I go with people I trust, or I don’t go at all. Based on the recent news reports, there are some people at the demonstrations who are not trustworthy. There are people on the streets who are violent and destructive, and I don’t want to be anywhere near these folks.

Demonstrations, by their very nature, tend toward chaos and confusion. It requires careful planning and solid leadership to pull off a successful protest. I remember back about nine years ago, I was involved in the annual May Day march that was organized by Voces de la Frontera in Milwaukee. I remember Primotivo Torres asking me if I would volunteer to be a “marshall” during the march, and help to shepherd the crowd through the streets to the lakefront. I reluctantly agreed to do that.

That march had probably 10,000 participants (official estimate). I tried to guide an unruly river of humanity through downtown Milwaukee. It became obvious to me early on that I was had control over nobody. Somehow it all worked out. Men, women, and kids wandered along the route with no problems. The police were there, and they were a benign presence. Marchers waved at them, and the cops waved back. It went well.

Why did it go well? Voces de la Frontera (generally) has a good working relationship with the Milwaukee police. The two parties know how to cooperate. There is a certain level of trust and mutual respect. This helped to make for a peaceful protest. Also, the march was well-planned and organized. There were no surprises. That keeps people calm.

I see little evidence that many of the George Floyd protests are well-organized. Even if they are, they don’t seem to stay that way for very long. The whole reason for these demonstrations is that there is not a good relationship between law enforcement and the protesters. So, there is no trust between the cops and the people chanting in the streets. Both the police (and now the soldiers) are edgy, and the protesters are scared. The potential for sudden violence is there. Frightened people do stupid things, and that’s when folks get hurt.

I know that there is police brutality. I know there is systematic racism. I can’t understand how that feels, because I haven’t lived it. Maybe if I was a black man, I’d be in the streets right now, but I’m not. I don’t have the fierce passion for this issue that other people do. Maybe I should, but I don’t.

I can get fired up about immigrants because my wife is an immigrant. I can get intensely emotional about veterans and our nation’s wars because my oldest son is an Iraqi War vet. I don’t feel a personal connection with the death of George Floyd. There is a gap that I can’t cross, not yet anyway.