HomeNationContemporary AffairsWeaponizing the Influencers: Strategy in a Time of “COVID” 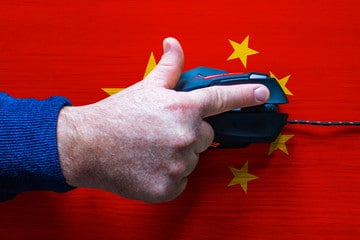 This first appeared in The Havok Journal on March 20, 2020. What do you think a year later?

What if I told you I could hamstring the world’s top superpower without firing a single shot in anger? We may be seeing the blueprint for just such an action playing out at this moment.

I am neither a physician nor a military strategist, but over the years I have developed a hobby of connecting seemingly unrelated dots, playing chess three dimension-ally. What if COVID-19 actually stood for “Covert Internet Destruction” and they just mistyped the year? OK, maybe that’s a little too much of the tinfoil-hat conjecture.  But please just indulge me in a little “what if…”

What if the REAL virus was not the mean, drunk cousin of the flu but rather the second-order effects of a society that has shown a propensity to only play the short game? We currently live in a nation of citizens that have allowed themselves to drift away from reasoned and disciplined thought to the comforting but threadbare blanket of allowing “influencers” to direct our policies and life choices. “It must be true because I saw it on social media” now seems to be the order of the day.

PHASE I – Prepare the battlespace

Just over two decades ago I participated in a high-level trade delegation to China.  After ten days of meetings and one particularly intriguing dinner during which a high party official stopped his translator and spoke to us very candidly in perfect English, I left intrigued and concerned. On the flight home I shared with my Congressman the theory that the Chinese were pursuing a new economic model; one that retained the unfair advantages of a centrally controlled economy while adding the benefits of a pseudo-capitalist system. My concern was that *if* they were able to get the model to work, we would have a difficult time competing. They could cripple us without the mess of a shooting war.

If you knew your opponent had a record of only playing hard for five innings of a nine-inning baseball game, wouldn’t you put that team on your schedule every season? We defeated the Nazi menace in 4 years. We can always do that. One of our nation’s Achilles heels is our tendency to think in terms of election cycles. Some societies that wish us ill think in terms of generations and centuries.

Take over the rare earth metals market. You know those minerals you can’t pronounce but are critical in the manufacturing of both consumer goods and critical military components. Position yourself to become the supplier of 80% of the world’s air conditioners, 70% of its mobile phones, and 60% of its shoes.  Oh, and become the less than trustworthy supplier of 97% of all the antibiotics used in the United States.

Stir, place in the oven on low heat and wait.

PHASE II – Release the Kraken… or the Corona

I don’t know if I subscribe to the theory that COVID-19 was a planned action. For the purposes of this discussion, it is irrelevant. Whether you create the crisis or are simply sufficiently patient to wait for one to manifest, the second-order effects are what you really desire. If I am typing this screed in my basement rest assured there are less savory and much more powerful characters taking notes of what is happening in the US right now.

I hadn’t given much more than a chuckle to the Corona Virus panic until it hit my bottom line. Last week I awoke to an email message from the agency for a local entertainment venue. They were canceling an advertising campaign in anticipation of cratering ticket sales because of public fears. Four hours later a client asked me to begin monitoring cancellations of public events.  The client is a non-profit that hosts a major trade show accounting for 20% of their annual revenue. Just as important, the event generates a significant portion of annual sales for many small business exhibitors.

One of my mentors once told me “Look after the nickels and dimes and the dollars will take care of themselves.” The inverse is also true; take away the nickels and dimes and the dollars will crumble. My loss of that advertising contract was nickels and dimes; two hundred and eight dollars to be exact. The economic impact of canceling the SXSW event in Austin? $356 million. Suspending Major League sports? Panic on Wall Street? Mayors shuttering all local events? A hundred million here, a hundred million there, and pretty soon we are talking real money.

Nearly 70 % of our population now carries a computer in our pocket or purse. In today’s American society, thousands respond and take action based upon a single tweet from an “influencer.”  (I still haven’t figured out how someone actually earns that title.) This combination of technology and our tendency to act in an impulsive way is so pervasive it has given rise to a whole new marketing strategy called flash sales.

The Soviet Union and Cuba no longer need to drop thousands of paratroopers into a Colorado town. Time your action to coincide with a window of intense cultural division and distrust in institutions of authority.  When the 24-hour news cycle is closer to 24 minutes and bad news/disinformation is transferred to every palm instantaneously. Put a few photos of some knucklehead buying pallets of toilet paper on social media and the pawns (that’s us) will do the rest.

In today’s America, under the lens of intense public scrutiny, elected officials can feel pressure to make clumsy, and wrong, decisions.  Not many have the fortitude to stay the course and absorb the slings and arrows of waiting to make the right decision.  The Mayor of Sleepytown, USA can self-justify a decision simply because Woketown, USA took similar action. Trust in weak leadership to react with a JDSD (Just do SOMETHING Dammit!) model and soon your “Corona casserole” will be fully baked with a delicious crust of economic havoc.

If you need a little extra topping on the dish, engage aspects of Phase I and publicly threaten to cut off supplies of pharmaceuticals.

Voila! A healthy economy, the underpinning of a free society is underwater. And all without firing a single shot.

Did you know that a group of scientists in Australia just made a quantum discovery that could change computing and other technologies forever? You probably couldn’t see it through all the toilet paper.

I am a fervent believer in the resiliency of free people. I am starting to have my doubts about our American systems. I take hope in the fact that each and every one of us is already carrying the vaccine. The only cure is the people themselves. Not the leaders, not the experts. Just the way our founding fathers wanted it.

After 9/11 we were told to go about our lives as normally as possible. Simply refuse to play the panic game and be a little extra patient and kind with each other. Then get on your pocket computer and demand we strengthen our supply chains, disaster plans and bring manufacturing of critical products back domestically.

Even if COVID-19 was not a test run, it revealed tremendous weaknesses in our system, infrastructure, and society. Bad guys are watching. Let’s be better prepared for next time… because there will be a “next time.”