HomeNationCOVID-19: Advice from the Lock Down in Italy 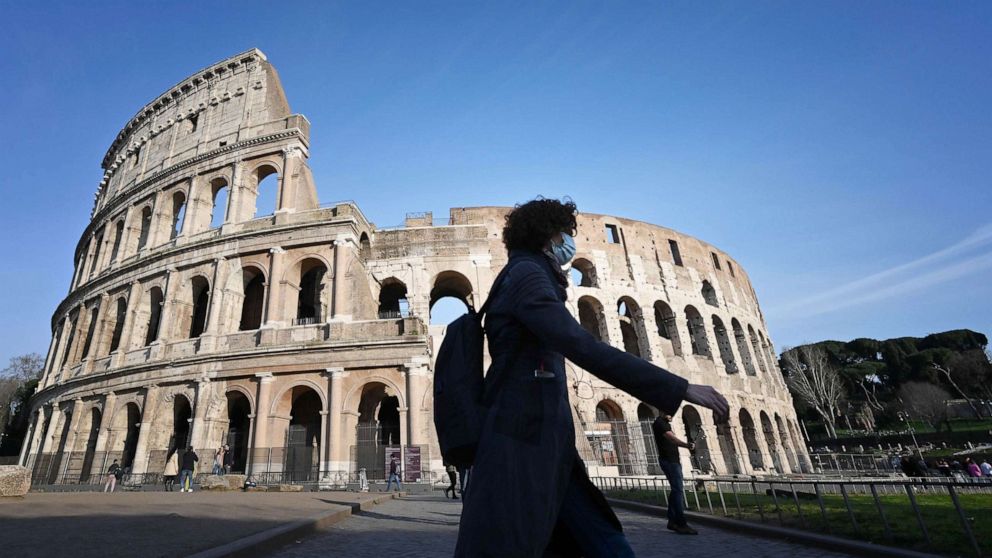 This is a real problem, so accept it. If you’re young you may never even show a symptom, but you can be a carrier, and it’s über contagious. You can carry it for up to two weeks. During that time, think about how many people you come in contact with. Now each of them are also spreading it to everyone they encounter.

Follow the social distancing guidelines and adhere to any quarantines. The government isn’t out to get you. Not seeing grandma for the weekend won’t kill you or your kids, but it could kill her. The elderly have a very high death rate.

Take precautions but don’t freak out. Losing the time away from school and work sucks, but the more everyone works together to do what’s right here, the faster it’ll go away and you’ll, in turn, lose less time away.

You’ll probably only be quarantined for about two weeks. Most Americans shop on a weekly basis, so as far as advice for groceries, just double what you normally get. If you’re worried about perishables, maybe buy more frozen, canned, and dry goods versus the fresh for the second week. If it’s anything like here in Veneto, your grocery stores may still be open, though regulated for safety. Keep in mind, however, that you’ll be stuck in the little area you’re allowed to move around in. Maybe you don’t need to eat the exact amount you normally do every week.

It’s gonna get worse before it gets better. Once everyone goes on quarantine it has to work through the system. All those people who never showed symptoms but who were infected will eventually either have it pass or will be hit hard and treated.

You’re gonna be stuck at home and unable to do much outside for a couple of weeks. Keep that in mind and stock up on books, games, and anything else that can help take your time. Especially, if you have kids. You can finally binge-watch all those shows you’ve wanted to. When it starts to suck and you wish you could just get off the couch, keep in mind that if it’s anything like here, there’s a lot of people that wish they were in your shoes. The emergency service personnel have zero days off. All police and healthcare workers are 100% activated, and they need our support as well.

With the above point, be nice to the cops when they stop and question you. They haven’t been able to go home and get good rest for a while. Any of us would be more grumpy than usual. Follow the guidance and a police stop is nothing but finally some social interaction.

Lastly, if you get it don’t panic. Don’t rush to the ER unless that’s your individual protocol for your area. Most places have a call line to come help you. If you rushed to the ER when you first show symptoms you could pass it on to lots of unsuspecting people. Plus, you’ll get in the way of those healthcare professionals who are incredibly bogged down.

It’s the media’s job to work us into a frenzy. I heard someone on ABC say that this will bring out the worst in people. Yes, it could, but from what we’ve seen in Italy it’s brought out more of the best in humanity. Don’t listen to those dumb babbling bobble-heads on screen! Fear and panic make great ratings, and it’s been their job lately to divide us, so don’t give those idiots any credence.

Cheers, be calm and know that we’ll all be laughing about this hysteria and all the new COVID babies before we know it.