HomeNationContemporary Affairs99.55% of Americans Need to Own Their “Privilege” 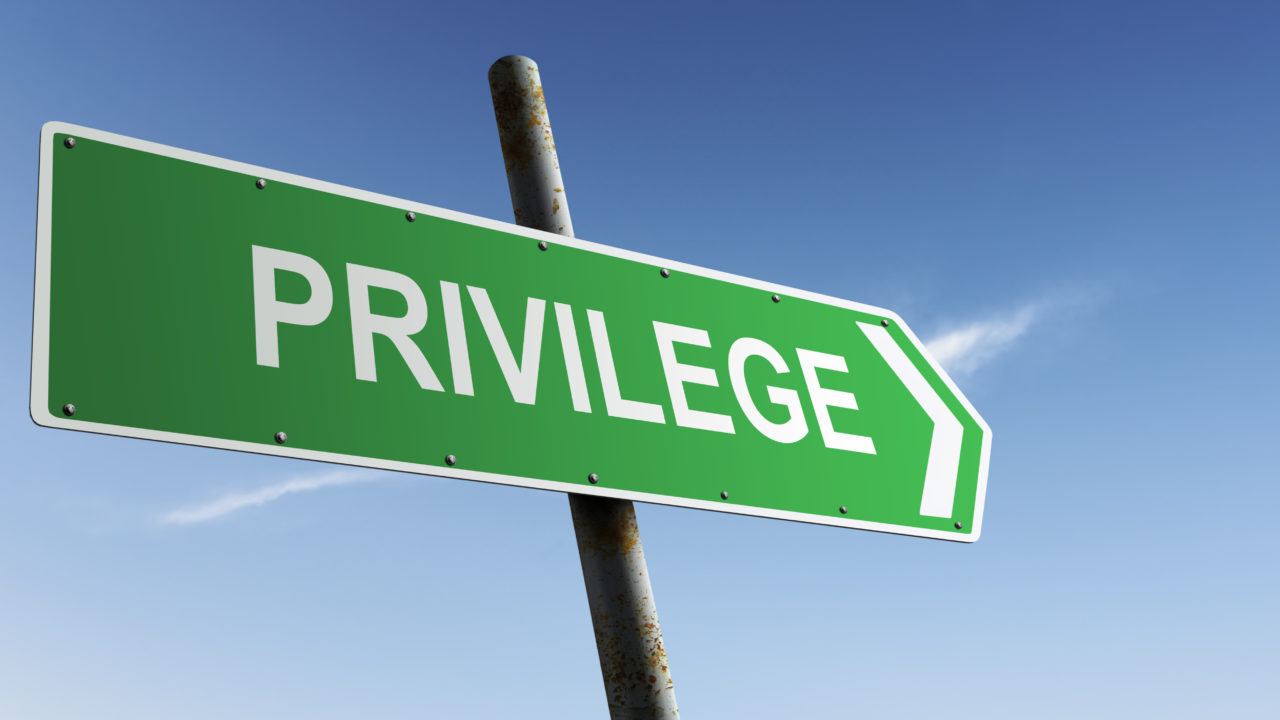 As a defendant, I wish to stipulate to that fact again: I…am…privileged.

The Merriam-Webster dictionary defines “privilege” as “a right or immunity granted as a particular benefit, advantage, or favor.” In 2017, we hear a lot about privilege during these hyper-partisan, divisive, and polarizing times. Most specifically, it is commonly attached to a race or social class and can take the form of a deftly launched snide pejorative, as in — “You have your ________ privilege to thank for that.” I purposely left the descriptor blank, a fill-in-the-blank exercise for a supposedly evolved and “post-racial” American society. But, I think it would be fair to assume that most readers of this piece will automatically, reflexively, and quite innocently I must presume, insert white into the open space. This is fair even when it is unfair. In 21st century America, everything, BUT white, falls under the “protected class” status. This is the age of Django Unchained. Payback. A revisionist turn on guilt-by-pigmentation stigmatization.

“Treade a worme on the tayle, and it must turne agayne.”

Well, that worm has assuredly turned. And its clear target is those who won’t confess their privilege.

In his 2016 book, Progressive Racism, author David Horowitz outlines how the term “white skin privilege” initially entered our national lexicon: “…[It] was first popularized in the 1970s by the SDS radicals of ‘Weatherman,’ who were carrying on a war against ‘Amerikkka,’ a spelling designed to stigmatize the United States as a nation of Klansmen.” He goes on to identify Bill Ayers and his wife, Bernardine Dohrn, Weather terrorists, as having “…called on other whites to renounce their privilege and join a global race war already in progress.”

In the wake of the Obama presidency — what was supposed to usher in an era of post-racialism — positions achieved or success earned by a Caucasian can often be sneeringly attributed to their white skin privilege. This, as in this author’s case, even if you grew up in a neighborhood and received a scholastic education amidst a populace where you were a minority; having the very same opportunities available to your friends, classmates, and counterparts with a higher level of melanin in their skin. To mention this is not to ignorantly and obstinately refuse to acknowledge that racism stubbornly exists in twenty-first-century America — it assuredly does. But is white skin privilege the only privilege of its type, or simply the most onerous of all detectable and quantifiable privilege?

To my point, just this past weekend, attending an NCAA first-round women’s Division I basketball tournament game in Storrs, Connecticut, with my wife and eldest daughter, we were treated to an ignoramus in the stands, upset that his team was losing to Syracuse head coach Quentin Hillsman’s Orange, shout a veiled slur at the coach, who had shed his jacket while patrolling the sideline, replete in an untucked dress shirt, and sans a knotted tie. Now, basketball coaches typically wear some form of business attire while patrolling the sidelines, but this is by no means a requirement; it’s simply custom. But to the “aggrieved” Iowa State fan, this was tantamount to an affront to ‘Murica. And it demanded an immediate response. The arena was somewhat silent; the result of a brief stoppage in play…

“Hey, Hillsman,” the imbecile bellowed during the television timeout, “Tuck your shirt in and look like a ‘professional! You aren’t back in the ‘hood!” Folks seated around us perceptibly groaned. I turned and shot him a withering stare. He put his hands up in a mock apologetic gesture. A security guard moved swiftly in his direction, then calmly explained the affront. The buffoon nodded sheepishly and stared blankly straight ahead. No ejection ensued. Did privilege and racism collide ever so inelegantly in this taunt and the air of apparent obliviousness with which the pale-skinned oaf appeared to be infused?

Was this a racist taunt? My wife and I agreed it was. Should the miscreant have been unceremoniously tossed from Gampel Pavilion? Hmmm….We all respect the First Amendment’s free speech protections, but, an argument could be made that he should have been tossed. I don’t think anyone would have leapt to this boor’s defense or wept for his ticket’s invalidation.

Would anyone have cared one iota, and would an arena security official maneuvered with such haste to admonish the troglodyte if Coach Hillsman had been white and the catcall had involved an aside about residing in an Appalachian trailer park? Methinks not.

Does this example perhaps illustrate black skin privilege? Horowitz speaks to this when he describes black mobs that mobilize after a jury verdict that they are dissatisfied with, as in the Trayvon Martin and George Zimmerman case. The media tends to zealously underreport these criminal acts, protecting the names of those involved in the wake of these all too often modern-day extrajudicial punishments — lynchings — and normalizing the repugnant behavior, explaining away the riots, anarchy, property destruction, and beatings as understandable “civil unrest” or “peaceful protests interrupted by a few overzealous activists”.

I’d also humbly submit that black folks can also say things that white folks assuredly cannot. The trite n-word debate aside, black politicians can utter the most reprehensible and offensive things, and we shake our heads, chalk it up to long-overdue payback, and move along. Nothing to see here. The worm simply turned again. Is this not privilege?

What is intellectually lazy — or worst-case scenario, purposely dishonest — is when no less an apparent moral authority as is the Southern Poverty Law Center (SPLC), as Horowitz contends, maintains that if/when racism is eventually eradicated, and civil rights activists are out of a job, well, try this new target on for size: “’ White skin privilege not something that white people necessarily do, create or enjoy on purpose,’ but is rather an unavoidable consequence of the ‘transparent preference for whiteness that saturates our society.’”

And while black politicians, comedians, activists, professional athletes, entertainers, syndicated columnists, bloggers, and Facebook posters currently enjoy a certain skin privilege, there may be a larger sense of purpose in seizing upon the current movement that allows for criticism, ridicule, and mocking of whiteness, as a means of leveling the playing field. Horowitz see this openness and acceptability of privileged speech as a prelude to seeking reparations. He and others have asserted that the point of reparations all along is for folks who never owned slaves to provide recompense to those who were never held as slaves. Mark my words, this will become very real when the Democrats regain control of Congress one day. But first things first — make us understand our complicity.