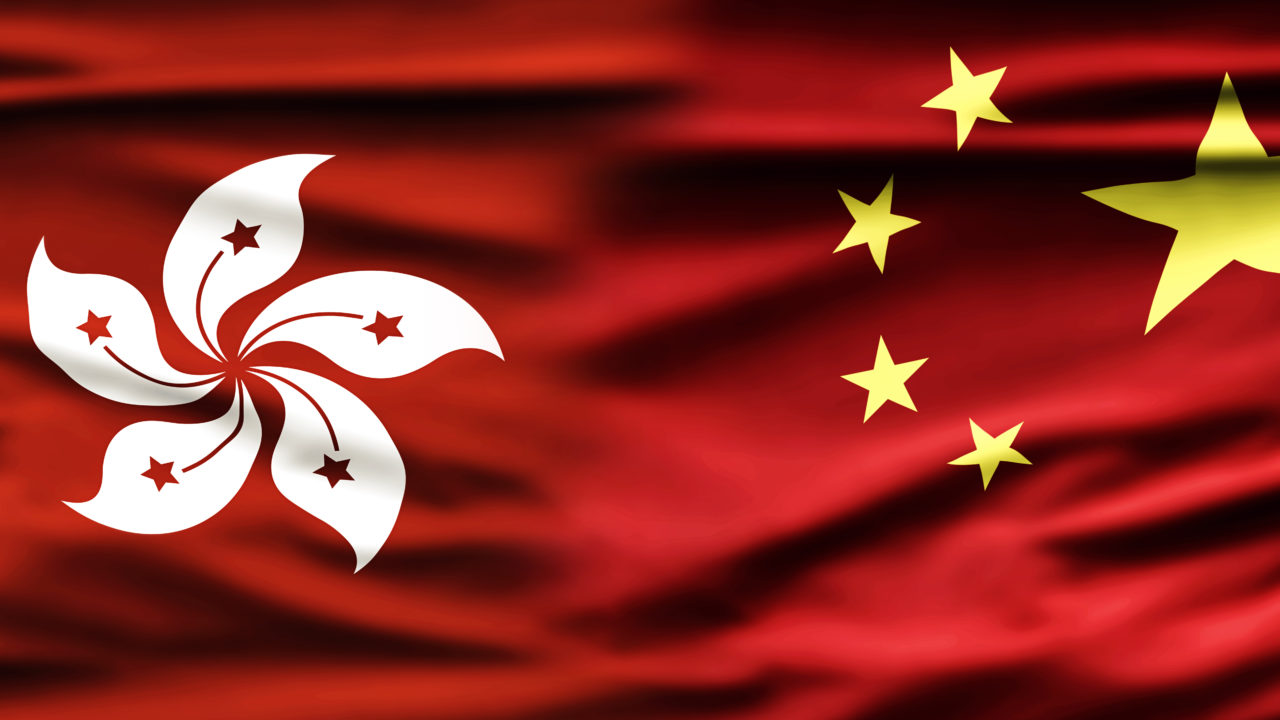 This first appeared in The Havok Journal on April 3, 2016.

Police forces march in on crowds during the First Day of the Chinese New Year of the Monkey. Locals and tourists watch in shock as police begin man-handling food sellers, claiming lack of work permits. Within an hour, the scene degenerates into violent riots, police, and protesters clashing in the street. News crews zoom in on police beating protesters and tourists alike for being in the wrong place.

Suddenly cameras zoom in as a police officer is cut off from his unit, swarmed by angry rioters, when the sound of two gunshots causes the rioters to pull back while the police pull their comrade to safety. Within days, China claims “foreign interference” and labels the rioters as “separatists” and “terrorists.”

No, this isn’t the Hong Kong I knew in 2009, where police were revered and loved. This is a whole different territory now, and how it got there is a harbinger of what is to come from the People’s Republic of China; not only for Hong Kong but for all of Southeast Asia.

But what has caused all of this? What led to the Hong Kong equivalent of riots in an American city brought on by local police charging in on lemonade-selling kids during the 4th of July? The answers reach back almost two decades and spell out a pattern of action by a Communist Party beginning to lose patience with “soft power,” not just in Hong Kong, but worldwide.

On July 1, 1997, the Sino-British Joint Declaration turned Hong Kong, a territory owned and developed exclusively by the United Kingdom since 1842, over to the People’s Republic of China. As part of the treaty agreements negotiated in the 1980s, China would ensure a high degree of autonomy and continued freedoms and development of democracy in Hong Kong until 2047. In exchange, the PRC was allowed to list State-Owned Enterprises and other Chinese companies on the London Stock Exchange, something that was restricted due to regulatory practices and concerns in London.

Immediately after the handover, the Asian Financial Crisis led to a tumultuous time for Hong Kong. The PRC instituted a number of measures supposedly aimed to help bolster the Hong Kong tourism economy. At the same time, liberal Mainland immigration policies were enacted in an attempt to “bring Hong Kong closer to China”. The policies set Hong Kong on a path to confrontation with its new owner.

The first major steps to confrontation began in 2003, when the proposed Article 23 Legislation led to protests on July 1, the “National Unification Holiday” for Hong Kong. More than 500,000, rallied to protest a “security legislation” that would’ve required Hong Kong’s government to outlaw organizations that were banned in Mainland China. The protests prevailed and Article 23 was shelved.

As the next years ticked by, Hong Kong people began to utilize their still-guaranteed freedom of speech, press, religion, and assembly, to forge an identity that distanced itself from Mainland China. An incensed CCP upped its flooding of Hong Kong with tourists and migrants in an attempt at forced “Sino-ization”.

From 2003 to 2014, while China was beginning disputes with Japan and Korea, Hong Kong happened yearly during major Chinese holidays.  Unification Day and Tia-an-men anniversaries, as well as during the October 1st National Day saw hundreds of thousands of Hong Kongers protesting. Issues ranged widely, including protests due to unhappiness at the skyrocketing costs of rent and living, much of which being blamed on Mainland property investors, to Chinese attempts to push a “Mainland National Education” curriculum into schools. The latter led to protests so widespread that even parents took their children to protest against what was largely seen as a “brainwashing” curriculum.

The central issue, however, has always been Universal Suffrage. Guaranteed by the Basic Law, it is the dream of many Hong Kongers. From 2010, when the National People’s Congress declared Hong Kong “not mature enough” for the responsibility of selecting its own leadership, and put the selection of Hong Kong’s Chief Executive Office to a group of unelected officials, this has been a central issue.

Adding insult to injury, in 2014 the National People’s Congress issued a white paper declaring far-reaching control over Hong Kong people by the Chinese government and stating that the only way Universal Suffrage would be acceptable was for the Hong Kong people to choose from a selection of two to three CCP-approved candidates. Immediately the memes of “choosing the way you die” began to circulate on social media, and as the October 1st holiday drew near, Hong Kong became a powder keg.

That powder keg ignited in front of me on September 28th as I was visiting Admiralty. I saw a commotion as a man appeared ready to jump from a bridge over Queen’s Road in protest at China’s overreach. Protesters seized the opportunity presented before them to occupy the busiest artery in Hong Kong. The Umbrella Revolution had begun, and knowing from experience that Chinese media would take photos of westerners at protests and claim, “foreign interference,” I left the scene.

I sat glued to my phone, my computer, and my TV screen as I watched peaceful students, some of them my own students, armed with nothing more than cloth masks and umbrellas, be swarmed, sprayed, and beaten by police. I sat shocked as I saw police begin firing the first of 87 tear gas canisters that would be unleashed that day and night on peaceful students and adults. Police would claim it was “appropriate”.

The first night, the police showed up with ARs and shotguns in a territory where the only firearms are owned by the police, and I watched in horror as the police unfurled a banner stating “DISPERSE OR WE FIRE”. Within days, violence would break out as Mainland Chinese thugs began attacking protesters.

For 8 days I slept little, taking phone calls from friends of mine who were suffering from chemical burns and reactions to the concentrated pepper spray and tear gas. They were in fear for their safety, as police were watching hospitals and clinics, recording anyone who showed signs of injury. One friend of mine suffered severe chemical burns as police had pulled off his face-mask and sprayed concentrated pepper spray down his throat. The brutality continued with Hong Kong police inflicting violence on protesters.

In December, the protests ended, but the Hong Kong people’s relationship with the police was shattered. Leaks showed that much of the violence by the police was in response to PRC pressure, demanding that the protests be dispersed before October 1st. When that failed, the Chinese State Media first ran stories of the protests, the headline stating “Thousands of people come out to celebrate the National Day of China”, and then later claimed that the protests were started by the US State Department.

China hasn’t rested in its attempt to strong-arm Hong Kong people into submission. At the end of 2015, and at the height of news about China’s island-building initiatives, news began to break of owners and employees of a book specializing in books critical of the PRC leadership suddenly disappearing.

The bookstore’s publisher, a Swedish Citizen of Chinese descent, disappeared in Thailand. He later turned up on Chinese TV giving a “confession.” Mr. Lee Bo, a Hong Kong-British dual citizen disappeared from Hong Kong, only to send “letters” back to his wife in stating he was “helping the Mainland police with an investigation”. Other employees of the shop, Hong Kong citizens, disappeared in Shenzhen.

These actions by China compelled the British Foreign Secretary to state that China was in “egregious breach” of the terms of the Joint Declaration, which guaranteed that Chinese police and state organs would have no jurisdiction on Hong Kong soil until after 2047. In response, the Chinese Foreign Minister stated that Mr. Lee was “first and foremost a Chinese citizen”, despite not holding Chinese citizenship.

The Foreign Minister further asserted that any Hong Kong national of Chinese descent, regardless of citizenship, belongs to China, and is therefore under the authority of China. The message sent to Hong Kongers is clear: You belong to the PRC, no matter what a treaty or passport may say.

Does this sound familiar? Does this sound a bit like China asserting ownership over areas of the South China Sea due to “historical ownership”? Does the timeline of China’s first asserting soft power, then strong-arming in Hong Kong seem to dovetail with its actions with Japan, the Philippines, and Vietnam?

The reality is that China’s assertions of national control over territories in Southeast Asia have dovetailed very closely with its actions toward Hong Kong. With China now beginning to face an increasing crisis of economy, and increasing pressure from its unhappy populous, it has begun to take a less “soft power” approach, and more of a “hard power” approach.  China’s building of artificial islands in the South China Sea began just as Hong Kong was facing some of the most stringent breaches of the “autonomy” clause of the Joint Declaration. It appears that China’s impatience and desire to control Hong Kong is also mirrored by a land-grab mentality, aimed at asserting dominance in Southeast Asia.

China’s response to the Hong Kong protests also affected Taiwan’s feelings toward unification. As images of the Umbrella Protests and China’s response showed on television, Taiwanese citizens saw signs of their potential future. It’s no secret that the decline in popular support for closer ties with Mainland China began when the protesters were being targeted by Mainland thugs. With the election of Taiwan’s first female President, from the anti-PRC Democratic Progressive Party, Taiwan has sent a signal to China that the United States should pay attention to. China has answered with bile.

With China asserting claims of ownership of both foreign citizens and territory, declaring Hong Kong protesters as “terrorists and separatistsm” and showing a willingness to breach treaties and international law, Hong Kong serves as a still-free indicator of China’s lessening willingness to abide by its agreements and treaties. People should watch developments in Hong Kong closely. Where Hong Kong goes, there goes Southeast Asia, and for the United States, that means Taiwan and the South and East China Seas.