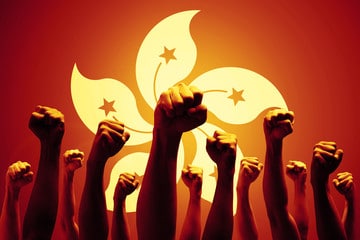 Hong Kong’s Wake Up Call for America
by Kevin Wilson

This article first appeared in The Havok Journal August 21, 2019.

I’m sure you’ve seen the memes by now: be the America Hong Kong thinks you are. Let’s back up a bit. Hong Kong is currently protesting like mad. Why? Well, a proposed, and recently cancelled, bill would have made it possible to extradite people accused of crimes by China to the mainland.

Why is that a big deal?

Well, aside from the whole despotic Communist tyranny accused of a litany of human rights violations and with no respect for basic principles such as free speech and right to assembly, the Chinese government has long hoped to reign in its wayward child. Though Hong Kong was returned to Chinese rule by the British in 1997, they did so on the condition that the megacity would be allowed to retain the freedoms it enjoyed under Jolly Ol’ England.

This, naturally, presents a problem to the Chinese mainland, who view things like freedom and natural rights as pesky impediments to their iron-fisted control over their billion-plus population. As we recently pointed out, they’ve little choice but to crush the protests. Hard. But tugging on American heartstrings has always been an effective tactic. We’re nothing if not suckers for the Star-Spangled Banner, both the song and the flag, and the protesters in Hong Kong have been making liberal use of both. 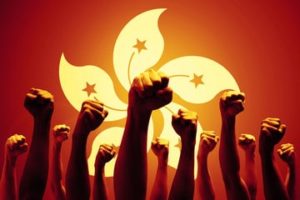 I’ll admit it: the first time I saw the videos, I was touched. I mean, here are people on the other side of the globe, legitimately fighting for their freedom from a tyrannical overlord that would love to see them crushed into subservient little worker bees. And their rallying cry is the good old US of A. I love my country. I think we’re pretty great. Of course I found that touching. But it also made me think. If we’re going to be the America that Hong Kong thinks we are, what does that really mean?

Our country was founded on the idea that all men, and women, though the language of the time didn’t really take into consideration such things and admittedly the culture was a little behind the current wave of feminism, were created equal. And yeah, I know, slavery was still a thing back in 1776, but a lot of the Founders were firmly against it, and at any rate, we had this little thing called the Civil War to make that go away.

But nowadays, we’ve moved away from the ideas ensconced in the Declaration of Independence. We don’t treat everyone as equals. No, I’m not talking about whether or not institutional racism is a thing, or institutional sexism, or whatever. That’s a debate for another time. One worth having, no doubt, but in our current political climate, I think there’s a more fundamental issue to be addressed.

We, as a nation, no longer grant equal status to people who disagree with us. If you’re a Conservative, you’re a Nazi. If you’re a Liberal, you’re a snowflake. We don’t use the freedoms granted to us by the 1st Amendment to freely discuss ideas, we use it to hurl insults at one another. Well, I say nuts to that.

If we really want to be the America that Hong Kong thinks we are, we need to realize that the Founding Fathers weren’t just talking about people who agreed with them. They were willing to fight for their beliefs, and no mistake, but the cornerstone of those beliefs, first among equals, was that everyone was entitled to their opinion, and what’s more, had the natural right to voice and discuss it without worrying about being treated as less than human for daring to do so.

Think about it, people.

When was the last time you tried to have a political discussion with someone who disagreed with you without resorting to insults? I don’t mean trying to browbeat them into your way of thinking, I mean a genuine, two-way discussion in which you were open to the possibility that were wrong? For many of you, I’d be willing to bet that the answer is “never.”

All too often, the standard response to someone on the other side presenting a viewpoint we disagree with is to scoff. “God, what an idiot,” we think. Or say. Or post on social media. “How could anyone possibly be that stupid. They’re just sheep.” Well, you probably spend a good deal of time baaaaahing away too, never really considering that there might be another way.

If we truly want to be the America that Hong Kong thinks we are, we need to cut that shit out. Start treating your fellow Americans as humans who are at least as smart as you are, even if they disagree with you. Stop using insults in place of reasoned debate. Stop hoping the government will legislate those good-for nothing [insert unfavorable political ideology here] out of existence and confront them as people, people who mean well, who are as smart as you are and care as much about our country as you do, even if what they’re saying runs completely contrary to everything you believe. You don’t have to agree with them, but for the love of bald eagles and apple pie, at least grant that they’re people.

Otherwise, we might as well be China. And then, what’s the point?