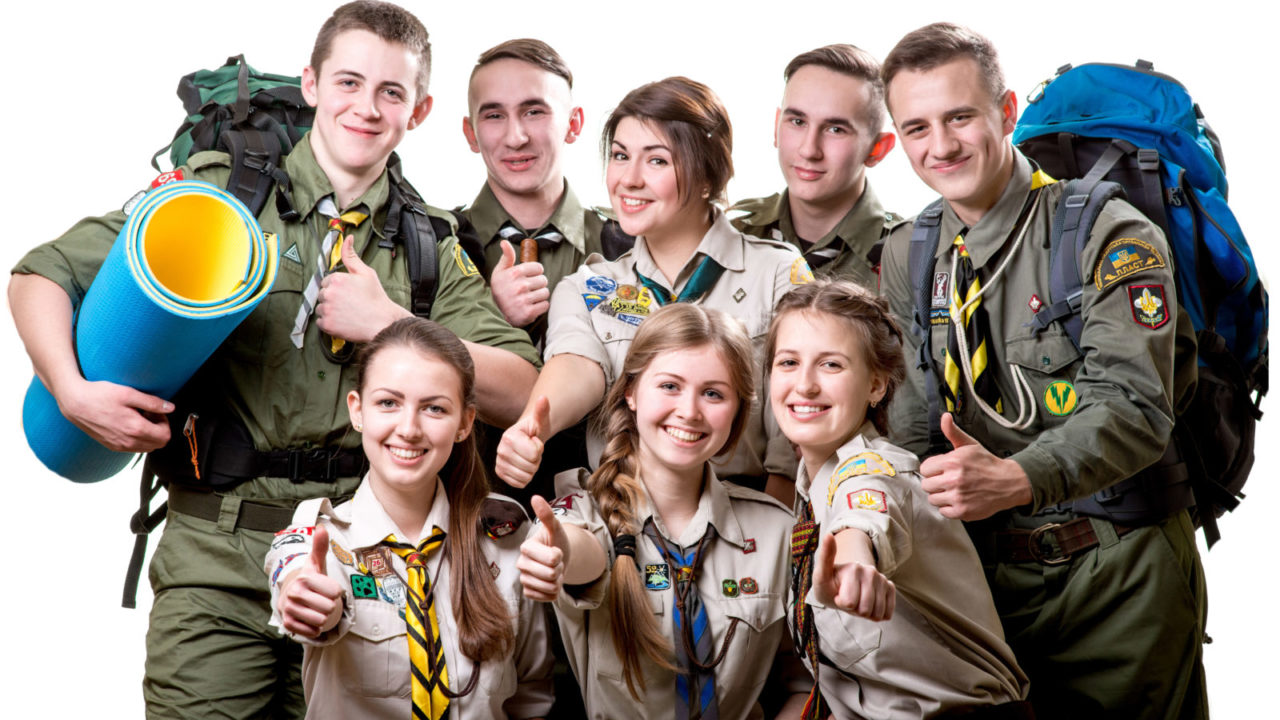 Girls in the Boy Scouts: A Different Perspective
by Kevin Wilson

This first appeared in The Havok Journal in October of 2017

My tenure in the Boy Scouts of America was brief. This wasn’t because I was bad at scouting; I could pitch a tent, chop down a tree, read a map, shoot a gun, and I was better at starting fires than most of the leadership was comfortable with. I dropped out after a couple of years simply because I was one of two kids in my age group. The camping trips were plenty fun, but the weekly meetings basically involved me sitting by myself, since all the other patrols were off doing their own thing and I didn’t fit in with any of them. After a couple years of that, and a lack of other troops within driving distance made changing impractical, my parents let me quit.

Nonetheless, I’ve always had a soft spot in the small, shriveled lump of coal that serves as my heart for the Boy Scouts. In an age where, in an effort to keep children safe, society has removed any sense of risk from childhood, Boy Scouts was a place where I could take chances and do stuff that wasn’t completely safe.

We regularly played with knives, learned archery and marksmanship, and practiced starting fires in about a billion different ways. We went camping in the woods, far removed from the safety net of civilization, often in inclement weather. We also learned how to safely mitigate the risks associated with those activities, as well as some fairly advanced first aid.

It was also a place where boys were free to be boys. We told dirty jokes (when the adults weren’t listening), got into fights, played pranks, pissed on trees, and generally learned how to grow up. I was never what you might call a jock, but even though I ultimately decided that those weekends of freedom weren’t worth the endless hours of frustration and boredom in between, I still cherish the memories of going out and being manly in a time when you just didn’t do that.

Like many of you, I had to do a double take when I read that the Boy Scouts of America would begin accepting girls at some point in the next few years. My initial reaction was one of outrage. Part of what made scouting special was the fact that it was a safe place for boys to be boys, without having to conform to societal pressures that increasingly villainized the slightest hints of masculinity. Allowing girls into that would completely undermine the whole premise.

But, before I went and shot off at the mouth, I did a little reading.

They’re not talking about throwing teenage boys and girls together in the woods, folks. The Boy Scouts of America have proposed to allow girls into the Cub Scouts as is (which, face it, won’t be much of a change) while creating a separate program for older girls that follows the same rank progression and ends at Eagle Scout.

This is something I’m absolutely thrilled about, for a couple reasons. Firstly, it means that the Boy Scout experience will largely be unchanged. I imagine that there will be some adjustments to make when it comes to the larger events, but for the most part? No big deal. There are enough campsites in the world to go around.

The second reason I’m excited about this is because it means my daughters can have a chance to join a scouting program that’s worth a damn.

I had some friends in Girl Scouts around the time I was in Boy Scouts, and as I’ve grown older, I’ve gotten to know some parents involved in Girls Scouts, and lemme tell you, it’s a whole different world. I learned how to turn a log into a cook stove. They…learned how to sell cookies. Wasn’t much in the way of camping. No classes on how to treat a snakebite, or splint a broken limb. There was some community service stuff, but mostly, it was the cookies.

Now, maybe things are different where you’re at. Maybe your version of Girl Scouts involves actual scouting. But around here? Hell, learning to shoot air rifles is considered too dangerous. I shot my first real gun at Scout Camp when I was twelve. It was a .50 caliber black powder rifle, a reproduction of one of the models commonly used in the Civil War. And my ammo was a lead bullet I had helped cast myself moments before, because that was a thing. At the opening ceremony, they fired off a frigging cannon.

That’s the sort of scouting I want for my daughters. And I suspect that throwing them out in the woods with a bunch of other girls will do for them the same thing it did for us: give them a safe place to be themselves, while learning useful skills that they just can’t get anywhere else.

And who knows? Maybe they’ll get to learn how to snipe hunt while they’re at it.