FBI Undercover work also required an agent to purposely lie to targets of an investigation. It was government-sanctioned deception. You lied to gain their trust and lied to earn a place inside their circle. You lied about who you were and just what your intentions are. And along the way, your lying cultivated and sustained that faux-relationship. And this provided access to dark and sordid secrets. It helped solved supposedly unsolvable crimes. You had to befriend the very people most of us would certainly rather choose to loath and avoid. It was a tricky business.

The two motley thugs I had come to meet were mob enforcers, and their plan was to make an impression. I, however, was hoping to discuss the terms of a deal, and record it for posterity — maybe getting the thugs to articulate a death threat or warn of grievous bodily harm. They’d threatened my cousin in the past. We needed it on tape.

And, when I’d spoken on a phone a week earlier to one of the men to set up a meeting — on a call that was taped by the FBI — I had requested an opportunity to discuss converting the loan to a “knockdown,” meaning that subsequent payments would go towards satisfying the loan principal, with no more payments going towards interest.

This was standard street protocol. They’d expect this type of offer to satisfy the debt. 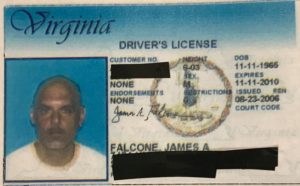 On the telephone call, I couldn’t discern if the guy was amenable to restructuring the terms of the loan. He insisted on meeting in person. I pretended to be reluctant to do so, but smiled to the case agents monitoring the call next to me, as I begrudgingly discussed the terms for the meeting.

An in-person meeting with these guys would absolutely help the case. It was a no-brainer. I made plans with the guy to meet the next day at 6:00PM. I selected the venue, as well. It would be a Greek diner in an area that was well-lit. The surveillance agents needed to photograph me meeting with these goons. And this was before the convenience of cellphone cameras. The FBI supplied us with 35mm Canons, with extended lenses. We needed to ensure the set was conducive to surveillance and covert photography. This location checked all the necessary boxes.

The diner also saw plenty of foot traffic. And it was located an area where back-up vehicles would be indiscernible on a busy street to the bad guys. It was the perfect meet location.

And now we were here.

And as this was sometime in early 2008, I was playing the role of an Army veteran recently returned from the war in Iraq. Having served in the U.S. Army as an Infantry Officer, I could speak to weapon systems, and tactics, and places on the map in the Middle East. I was more than comfortable in my role and confident that no New York City mob associate would be able to sniff something amiss in my cover. And my cover story was that I was helping my “cousin,” an FBI cooperating witness who’d run afoul of the real-life mob, due to his inability to satisfy a loan shark debt. I was well-versed in mob parlance, and in the illegal street activities that the mob engaged in. I had been blessed to have worked, in the early 1990’s, on a gang squad of great repute in Queens, New York. And what little Southern accent I’d had as a youngster growing up in Atlanta, Georgia, had long since been replaced by the dese and dose of a vernacular necessary to cement my cover as a verifiable New Yorker.

Meeting with mob collectors meant that it made sense for me to play a tough guy too. Not in a perilously combustible alpha-male-aggressively-confronts-alpha-male kind of way. My undercover role, in keeping with our protocols, was close to the truth. And it also made sense that a frightened debtor would send someone with the requisite strength and courage to meet with guys who were threatening violence. But my tough guy mien had to be purposely downplayed and nonthreatening. It couldn’t be pronounced. It had to be quiet. It had to be assumed. It had to be understated. But, it also had to be unquestioned and unchallenged.

Loan sharking was a classic La Cosa Nostra (Italian mob) scheme. It worked because desperate people who couldn’t approach a bank for a loan — due to poor credit or some nefarious intention for the money — would accept money from a moneylender who charges a usurious (extremely high) rate of interest. The practice is illegal. It is also a huge source of sustainable income for the mob. And what guaranteed collections was the threat of violence. And that threat was not to be sent via certified/registered mail by a spindly-legged bank executive whose carefully chosen “stern language” threatened legal action. It came in the form of Frick and Frack seated across from me now.

I glanced towards the window and peered out over the midtown Manhattan street, anxiously hoping not to detect any of my backup — if they’d assumed a more conspicuous position to get better eyes on my position. The street in front of the diner was somewhat empty for this part of town, at this time of year, and as I’d suspected, my backup team must’ve tucked in surreptitiously. Comforted that an errant move from the team hadn’t piqued the interest of my dinner guests, I turned back to the brute who had been speaking and nodded my head in concurrence:

“Yeah, my cousin is definitely a piece-of-shit. And trust me, I didn’t want to have to come home and deal with cleaning up his mess. Just hoping we can work something out here. I don’t want to see him to get hurt. And, I want you to get the money you’re owed, but help me understand the terms of the deal you made with this scumbag. I don’t trust a fucking thing he tells me anymore.”

This, as we’d say in the business, was classic “UC spin.” No matter what we already knew to be true about the illegal loan sharking operation, and the threats previously leveled at my cousin, I needed to get it recorded on tape. Much better for me, a duly sworn FBI agent, to be called to the stand to testify against these mutts, than to drag a nervous, unproven, and stammering cooperator in front of a jury, and then subject him to a withering cross-examination from a slick, Harvard Law trained defense attorney who made his quite comfortable living by expertly disassembling government cooperators on the stand.

Therefore, I needed this guy to repeat some things to me.

Having teed him up, and with the first real hope he’d had in awhile, that he’d get his money back, the suddenly loquacious gangster smiled, and began an exhaustive recitation of loan payments, meetings, and missed compensation. He appeared quite comfortable doing so and I breathed a sigh of relief. Things were going according to plan. Basketball practice began at 8:30PM, sharp! I smiled back at him and nodded in feigned concentration.

As his words leveled off in a sustained and monotonous recollection, I focused less on the details — the wire I was wearing would assuredly pick it all up in excruciating detail — and began to plan ahead.

In my mind, I immediately cycled through the procedures for alerting the backup team if something was to go wrong. If things WERE to go sideways, there’d be precious little time to react. This was adrenaline-fueled, high-stakes gamesmanship — pissing in the eyes of folks trained to detect something, ANYTHING, out of place. It was akin to playing a game of mental chess, with your sixth sense heightened to perceive even the faintest whiff of a potential threat — three moves ahead. I’ll see your castle move, and raise you one slick bishop maneuver, threatening your all-important queen. And the reward here was not being made, or having your undercover status discovered, or your cover blown. And that ultimately meant you’d escape with your life, as well. And for any human being with a hint of a self-preservation gene, that was kind of important. My Boys & Girls Club basketball team would have to run those cursed suicide sprints after all.

But, for now, I had to focus on matters at hand. There were still potential deadly consequences, unforeseen pitfalls to navigate. As any FBI undercover agent would tell you, our electronic monitoring equipment has been known to malfunction; Murphy’s friggin’ Law. And even if my prearranged visual or audio emergency distress signals were executed perfectly, AND interpreted correctly by the support team, AND even if the team moved with all due haste, precious seconds, or longer, could pass before they could realistically reach the set for a rescue. And the set, known as the area where an undercover agent meets with the bad guys, was constantly being scanned and scrutinized by nervous targets of our investigations, seeking to discern law enforcement surveillance. The omnipresent game of cat and mouse.

Looking again outside the diner, I reminded myself that the backup team was solid. It was led by two tough, no-nonsense co-case agents, “Jimmy D.,” and “Pont,” a couple of snake-eaters who had also served as team leaders for me when I was the NYO SWAT Team’s Senior Team Leader (STL) between 2002 and 2005. Their crew was comprised of equally seasoned professionals. I had no reservations about my backup. As any law enforcement professional will tell you, being part of a solid team gives one a sense of security and comfort even in the most high-risk and dangerous assignments. I was in good hands. Trusting my life to “Jimmy D.” and “Pont” was something I never gave a second thought to. This confidence in my team gave me the freedom to push the envelope a bit.

The gangster who had outlined the specifics of the usurious loan allowed that he’d have to talk to his boss — a Genovese family mobster — but seemed confident the “knockdown” loan particulars could be agreed upon.

I nodded my concurrence and satisfied that the FBI had what we needed to close the loop on a solid extortion case, I unfolded myself from the cramped confines of the booth and stood up. Like two Olympic synchronized swimmers, the two gangsters immediately rose from their seats in unison, and we all shook hands. I assured them I’d meet with my cousin, explain the terms of the new deal, and ensure he made timely payments. I even agreed to be the conduit between them and the debtor. We set a date for the projected first payment and agreed to meet back at the same diner for the transaction. I maintained that I would never order the inedible meatloaf again, even if I ever ended up on the business end of the chef’s shotgun. The two goons laughed heartily at that one.

As I exited the establishment and turned to head uptown towards my undercover vehicle, which was a dark-colored rented Dodge Durango, I caught my first glimpse of the backup team. As the two special agents, a male and a female, in order to appear less conspicuous, rolled by, I made brief eye contact with the female passenger and she gave me a barely perceptible nod, signaling that no one had followed me out of the diner. No tail. I was clean.