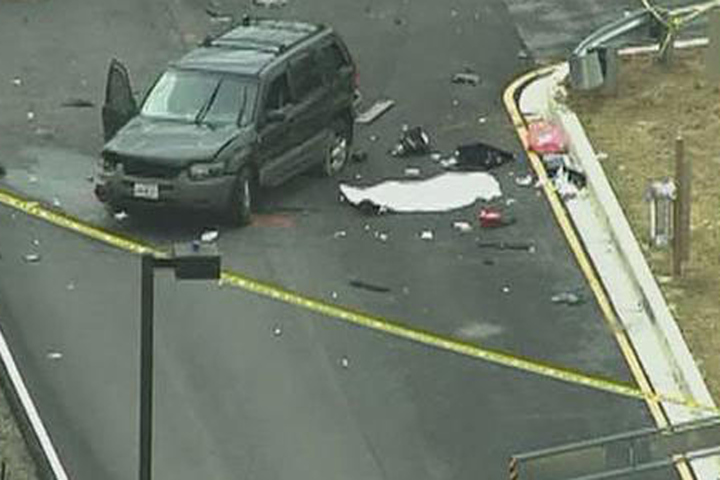 In a story that seems more like a Tom Clancy novel than an actual news event, two men in a stolen car attempted to force their way through an entry control point at the National Security Agency earlier today.  Plot twist:  the two were dressed as women, and were apparently under the heavy influence of drugs.

After being denied entry to the highly-secured campus that is home to one of the biggest intelligence agencies in the world, the driver of the car tried to force his way in.  This triggered the deployment of active barrier systems, and the interception of the suspects’ vehicle by NSA security.  Security officers opened fire after the suspects rammed a security vehicle, and one man was killed and the other injured.  A security officer also received unspecified injuries to an arm.

Although initial reports stated that the men were armed, right now officials are saying that this does not appear to be a terrorist incident.  The investigation is ongoing.

Two men, dressed as women, high on drugs and attempting to force their way into the NSA… sometimes truth really is stranger than fiction.