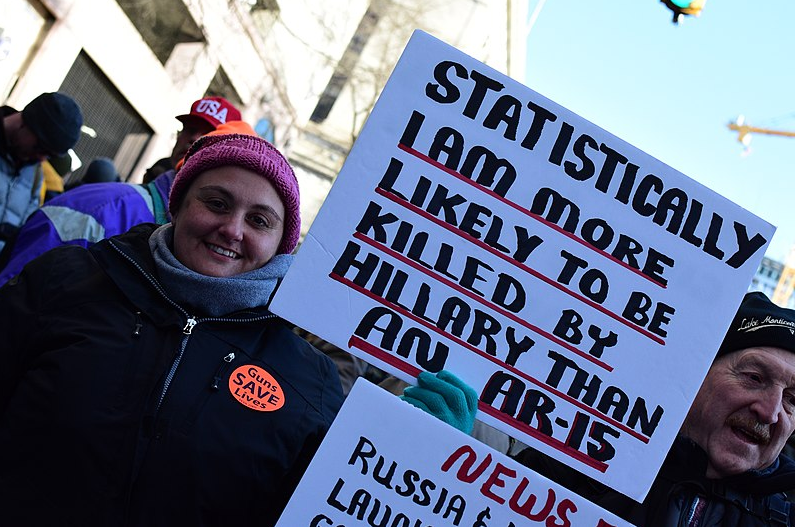 One of the most controversial topics in modern America is gun rights. Who should own guns? Anyone? How do you choose the best way to conduct background checks? What role does the federal government play in the Second Amendment? Even though the question of the Second Amendment is often debated, the Tenth and Fourteenth Amendments should not be forgotten about when discussing gun rights.

The Constitution of the United States was ratified on June 21, 1788. This document is considered one of the greatest documents in the history of Man. The Founding Fathers were great men who lived through and overcame tyranny and oppression.

When writing the Constitution, they fully understood what happens when a federal entity has too much power. They also understood that governance is most effective when it is applied to the smallest number of people and at the lowest level. Our Constitution was written to allow for changes to be added when necessary, and it has been amended 32 times since. The issue with politics today is the complete disregard for the United States Constitution and the ongoing “interpretation” of said document.

Often, people confuse The Constitution of the United States with The Bill of Rights. James Madison was the primary drafter of The Bill of Rights and it was ratified on December 15, 1791. The most significant and important amendment is the 10th Amendment. This amendment states:

“The powers not delegated to the United States by the Constitution, nor prohibited by it to the States, are reserved to the States respectively, or to the people.”

These simple words outline the idea that States and the communities in those states can make laws and regulations that suit them.

The Tenth Amendment has allowed each State to determine its destiny. Prior to the early 1900s States regularly chose what was necessary for them to be successful. Although some say Theodore Roosevelt was the initiator of the progressive movement, it was not until the Woodrow Wilson administration that the Federal government became a serious issue. Woodrow Wilson was a Socialist at heart and a racist that believed in a large central government for planning. Some of the unconstitutional acts of the Wilson administration were creating the Federal Reserve and jailing American citizens for speaking out against World War I. Woodrow Wilson’s creation of the Federal Reserve was his biggest assault on the Tenth Amendment, and it is the cause of many of the financial difficulties that our country has experienced. But enough of that, let’s get back to discussing gun rights.

Many would argue the post-Civil War amendments were passed illegally. No one would argue for slavery, but many politicians and lobbyists have incorrectly applied the Fourteenth Amendment to force federal law on the States, ignoring the Tenth Amendment. Whether it has forced an “Assault Weapons Ban” on the American public or in the case of McDonald v. Chicago it clearly shows an indication of misinterpreting the Constitution. All this is done in name of the Fourteenth Amendment. Another common area of the Constitution that is ignored when forcing gun laws on the States is the commerce clause. The Commerce Clause is found in Article I, Section 8, Clause 3, states:

“[The Congress shall have Power] To regulate Commerce with foreign Nations, and among the several states, and with the Indian tribes”

This is often used to “regulate.” The term “regulate” in the days of our Nation’s infancy was meant to make regular, or make it the same across the board. It was not created for the regulation of production which is now often the case.

The arguments that gun advocates use in the Fourteenth Amendment states:

“No state shall make or enforce any law which shall abridge the privileges or immunities of citizens of the United States; nor shall any state deprive any person of life, liberty, or property, without due process of law; nor deny to any person within its jurisdiction the equal protection of the laws.”

In these cases, gun supporters have it wrong, plain and simple.  The idea behind the Fourteenth Amendment was to ensure that civil rights oppression and slavery do not rear their ugly head again. Not to force the views of lobbyists on the American people. The NRA advocates for federal intervention to allow gun ownership and common concealed carry laws throughout the United States. Why should a lobbying group determine what States shall do when many states have reciprocity with several states? That is what the Founding Fathers had envisioned.

Gun control advocates use the Second Amendment to argue for Federal intervention. The typical and boorish argument that only a militia is to be armed is tired and often falls on deaf ears, but it is still the only argument, that when combined with the media has been somewhat effective. The argument that the Founding Fathers only had the military in mind is ludicrous. James Madison initially wrote the Second Amendment stating:

“The right of the people to keep and bear arms shall not be infringed; a well-armed and well-regulated militia being the best security of a free country but no person religiously scrupulous of bearing arms shall be compelled to render military service in person.”

Clearly, it was the intention of James Madison that the Federal Government shall not make laws that take away the People’s rights. He was a firm believer in State’s rights and smaller government. Gun control advocates typically use emotion with their argument or as an argument for Federal intervention.

The Tenth Amendment is what the States and Federal governments should follow. Not every community or State desires to give their citizens gun rights. We should recognize that right, regardless of how ridiculous it sounds to gun rights advocates. Just as you do not want gun control advocates to lobby for stricter gun laws at the federal level, why should you advocate for their desire to restrict gun laws in their States? If there was a more bipartisan approval of the Tenth Amendment, I believe both sides of the Argument would be satisfied.

Liberty is defined by Merriam-Webster “as the quality or state of being free, the power to do as one pleases, freedom from physical restraint, freedom from arbitrary or despotic control, the positive enjoyment of various social, political, or economic rights and privileges, the power of choice.”  The Tenth Amendment was put in place to allow the individual States to determine their own version of liberty.

The progressive movement’s belief that the Constitution is a “living document” or it is open for interpretation is an insult to every American, not just the ones they hope to shove into a hole and forget about. Overarching federal regulations or laws undermine the ability of each State to determine what is best for them. Laws that would make universal concealed carry across the United States is such a type of overarching law that the Founding Fathers warned us against as well as gun laws that strip away our rights as citizens of States that have liberal gun laws.

This first appeared in The Havok Journal on September 30, 2014 with updated image.