HomeCultureVirginia Second Amendment Rally: Perspective From Someone Who Was Actually There 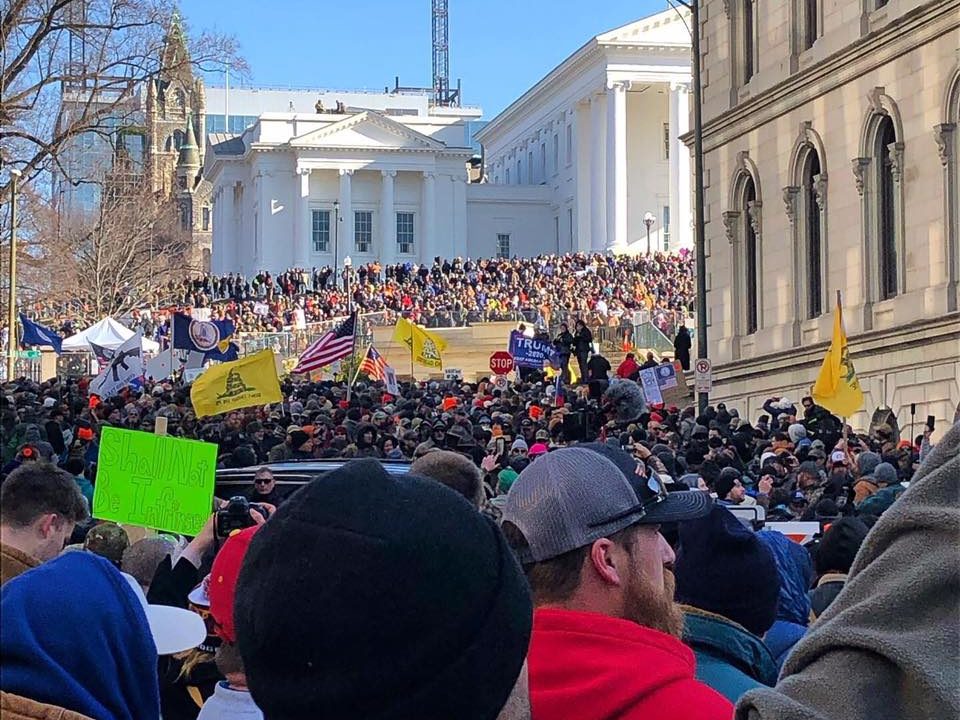 This first appeared in The Havok Journal on January 24, 2020.

Our alarms sounded at 5:30am as it was time for us to load the vehicles to head to the State Capital in Richmond, Virginia for the 2A Lobby Day. Our group left Madison County, VA at 6:30am not knowing what the day would have in store for us. We brought the go-to items like water, protein bars, and our walking shoes, but we were also geared with trauma supplies in preparation for worst-case-scenarios instigated by the media.

During the week leading up to us preparing for the trip, family, friends, and coworkers advised against us attending because of fear of violent attacks the media told everyone would occur. We were told there would be a “violent uprising” of hate-groups, terrorists, sleeper cells, ANTIFA, and who knows what else.

We decided to not take the advice given by others because what if everyone else stayed home? What if the media literally did its part in scaring American citizens away from expressing their first amendment rights in support of their second amendment?

We found parking quickly in Richmond by 8am and strapped on our gear in the garage along with a number of other individuals. Everyone greeted each other in the garage and reminded one another that we had each other’s backs. It was a brotherhood. As we made the walk to the Capital, you could begin to see the thousands of people who were there early, the American and Gadsden flags flying all over, and pure patriotism in the air. 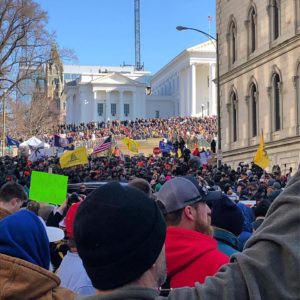 We spent five hours at the Capital in Richmond with nearly 100,000 fellow armed American citizens protesting against a tyrannical government. With many people carrying more than one firearm, let’s assume there was about a quarter million firearms in a 3 mile radius, with not one shot fired, no casualties, and no injuries. So what’s the problem here: Do law abiding citizens not commit crimes? Do responsible Americans not harm others?

All we witnessed today was the complete opposite of violence and hate. Americans of all races, religions, and backgrounds were shaking each other’s hands and sharing stories about where they were from (all over the country), offering to share water and snacks, apologizing to one another if they bumped into a person, picking up trash from the streets to leave Richmond cleaner than they found it, and thanking local law enforcement and first responders for doing their jobs while they returned the gesture to us.

The 2A Lobby Day was literally America coming together to fight for their constitutional, God given rights in a peaceful, respectful, and appropriate manner. Do not let the media influence you or speak on behalf of law abiding gun owners.

As we are back home in Harford County, MD, we want to thank all Patriots from across this great Nation for not only standing up today for Virginians, but all Freedom-Loving Americans.