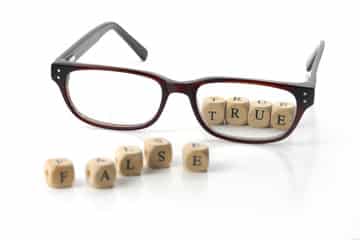 As the nation now knows, it turns out there was much more to the Covington story, especially when it comes to the Black Hebrew Israelites.  For what it’s worth, I have a lot of experience with the “Hebrew Israelite” (black nationalist) group that began taunting the kids. They are a common sight in Washington, DC, where they would set up every other Friday in Gallery Place/Chinatown and verbally assault pedestrians and trumpet their bigotry. They are classified as a hate group by the Southern Poverty Law Center, and for good reason. Like many black nationalist groups (and really, almost any nationalism built on race), they are deeply anti-Semitic – they see Jews as imposters and themselves as the true “chosen people” — and are aggressively racist towards white folks.

It’s one thing to encounter the subtle anti-Semitism commonly seen in academia; it is entirely a different experience to hear vile anti-Semitism and racism shouted through a loudspeaker to thousands of people in one of Washington’s busiest squares. More than once I had to reassure passing foreign tourists that they were “safe” from immediate harm, including talking down one visibly shaken German tourist who innocently attempted to take one of their pamphlets before realizing they were racists (though in a twist worthy of a Mel Brooks movie, the guy shared the group’s anti-Semitism, which prompted me to end the conversation and move on). 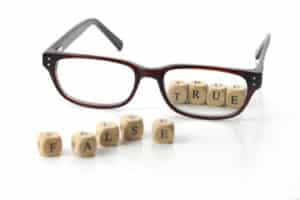 It was frightening. Unbeknownst to them, I was doors away from a DOJ physical security team composed of former Soldiers and Marines who absolutely had my back (and our partners at ATF at that time were just a few doors further down from that), so I was good. I can’t imagine what it was like – and presumably still is like – to encounter the group as just a tourist.

I say this because a predictable dynamic is about to trigger. Political polarization is driven in part by cognitive processes that simplify the world, such as motivated reasoning, confirmation bias, and the need for “system coherence.” This intensifies the conflict between political tribes as each reshapes the world to fit a basic “good tribe versus bad tribe” theme. Political tribe members also reshape facts to comfort themselves and build a sense that one is on the “right” side.

This leads to interesting blind spots: many Republicans, for a long time, have actively tried to justify or explain away Representative Steve King’s obvious embrace of white nationalism and white supremacy. Even after endorsing an openly white-supremacist politician in Canada (who associated with Neo-Nazis) months ago, King’s story got little attention in the press and little concern from Republicans. He only faced mild repercussions in the past week.

Similarly, Democrat Maxine Waters openly embraces the vicious anti-Semite and racist, Louis Farrakhan, but those actions are explained away and justified in order to minimize the cognitive dissonance that would erupt if one saw her actions for what they were.

Given this, I suspect two things will happen: “liberal tribe” members will minimize the rhetoric or aims of these Hebrew Israelite groups, or justify their attacks as giving the students something they deserved for wearing Trump hats and being white. Similarly, “conservative tribe” members will fault the Native American protesters for approaching the students in the first place, and perhaps for being “aggressively” in the face of the boy seen in the video, or for attempting to provoke a confrontation.

But the real story shows something better: potentially, it shows students joining with the Native American protesters to drown out the bigots; it shows some students acting like the jackasses we all are, particularly when we were teenagers, while other students were moved and supportive of the Native American drummer; and it also shows the one young man smiling in a way that could be perceived to be condescension (because we often hear prejudice coming from the mouths of those wearing those hats) but who may instead have been exercising a very mature and admirable amount of character.

Something great could come from this by placing these groups together in a room with a good teacher to facilitate a discussion. But with the mob already calling for the expulsion of the students AND firing the principal, I don’t see that happening anytime soon.