HomeNationContemporary Affairs2 Reasons Your Outrage Over Caitlyn Jenner is Unwarranted 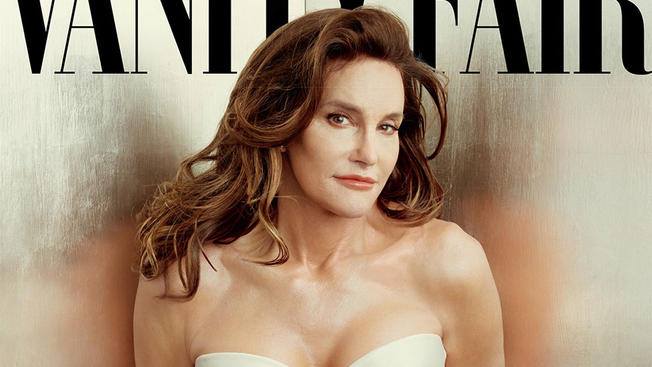 This first appeared in The Havok Journal June 4, 2015.

You need to stop with all the Bruce/Caitlyn Jenner posts and pictures.

If you are not tracking – noted athlete, socialite, and reality TV star Bruce Jenner completed his/her transition into a transsexual woman named Caitlyn. Vanity Fair saw fit to do a front page cover story on this transition, a ‘coming out’ picture if you will. The picture and the whole story has gone viral and there have been accolades in many quarters calling both the story and Jenner’s transition as ‘brave’ and ‘heroic’. Caitlyn Jenner will receive the Arthur Ashe for Courage Award during the 2015 ESPY’s.

However, I have noted a disturbing trend on this issue and others – the cottage industry of manufactured ‘outrage’ amongst the entire constellation of veterans in social media. In this particular case, the numerous posts sharing pictures of wounded soldiers being evacuated, memorial pictures of the fallen, and the pictures of their children at their funerals – always with some variation/comparison ‘Jenner isn’t a hero, this person is a hero’ as well as a condemnation of the award Jenner is going to receive. 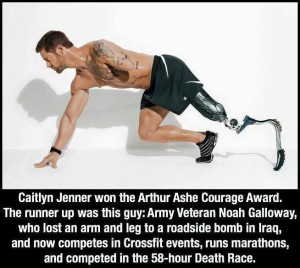 My first point being, why the hell do we care about this as a veteran community? I bet none of you knew what the Arthur Ashe Courage Award or the ESPY Awards were until Jenner’s name was attached to it – I had to look it up myself.

The ESPY Awards are the ESPN sports awards show, and Jenner was an athlete. The Arthur Ashe award is given to ‘transcendental’ figures – sometimes not even connected to sports. Often it is given to people who have broken some sort of real or perceived barrier.

You know who it was given to last year? Michael Sam – a 7th round NFL pick who only made the practice squad and now playing in the CFL who was recognized solely for being the first ‘out’ football player. Odd, but I don’t remember the veteran outrage last year?

Second, the pictures of the memorial services and wounded veterans is insensitive and distasteful. Consider that the wounded veterans, the people who know them, and their families often inhabit the same spaces we are posting this stuff. Do you think that they want to see war-porn pictures of themselves or their loved ones in these circumstances? Particularly when it is connected to such a tawdry thing? That particular moment in time belongs to the veteran, their compatriots, and their families – particularly the memorial pictures – they don’t belong to you for usage as fodder in your inane internet styling.

As a community, we have as many opinions as we have veterans and that is awesome – it offers a mosaic of opinions across the entire spectrum and we need to be vocal in order to effect changes in the country we love. But we need to be very careful about when and where we choose to wave the bloody shirt. When we go this route for bush league nonsense like this where military heroism wasn’t even part of the discussion until you decided to bomb in with it, we cheapen the power of the sacrifice and the imagery. We need to deploy stories and imagery such as this only for the most worthy of causes – and not over Vanity Fair articles and awards shows which didn’t matter to you yesterday or won’t matter to you tomorrow.