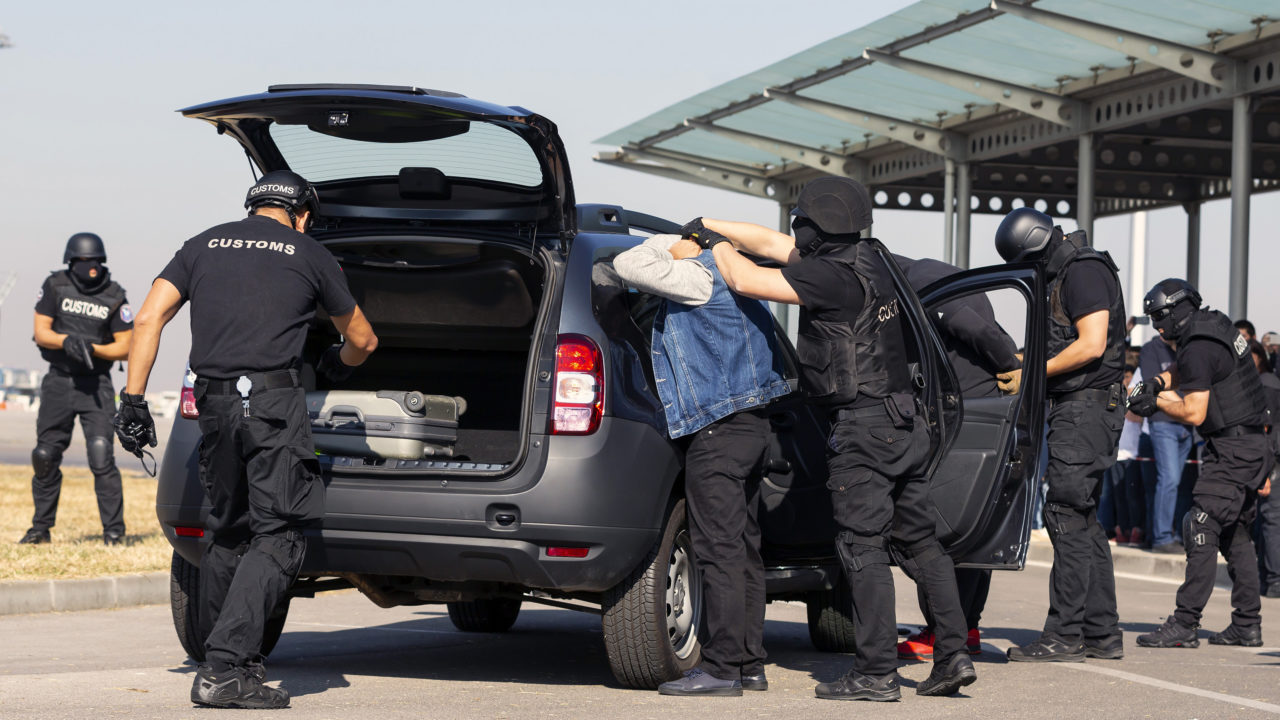 This first appeared in Frank’s blog on June 13, 2018, as “When People Disappear.” It is republished here with the author’s permission.

Usually, when I write about people, I do not use pseudonyms. In this essay I will. Because of the things that occurred at the courthouse, my paranoia is quite high. I do not want to endanger the persons that I am trying to help. So, three individuals will be referred to by names that are not their own. I don’t like to do this, but it seems to be necessary.

Jose is middle-aged. He is a painter at a company in one of the exurbs of Milwaukee. Because southeastern Wisconsin has little or no public transportation, Jose has to drive a long distance from his home to his workplace. Because the government of Wisconsin is run by reactionary cretins, a person who is undocumented unable to get a drivers license. Jose is undocumented. Therefore, he can’t get a license, and he drives to work without one. Due to the law of probabilities, Jose eventually gets caught by the cops while driving without a license. Then he gets arrested and has to go to court. Then he meets me.

I had met Jose several weeks ago. I have taken him and his son, Jose Jr., to the court twice already, prior to this most recent visit. Jose speaks a minimal amount of English. Sadly, I speak the same amount of Spanish (un poquito). Jose’s son serves as his interpreter in most cases. Jose Jr. is a very intelligent young man. He is going to college and he is working a job. He has ambitions of becoming a lawyer. In particular, he wants to be an immigration lawyer. His heart is in it. He would do well.

The elder Jose is in a bit of trouble. The judge has identified him as a repeat offender with regard to driving without a license. That’s not good. That means he is potentially looking at jail time. Jail time for an undocumented person is an open invitation for I.C.E. to come and take him away. The immigrant in question is no longer a moving target. That is bad. Seriously bad.

Anyway, on Monday, I took Jose times two to the court. I also took another person, Marcos, with me. Marcos was going for his first court appearance. He had pretty much the same scenario. Marcos had been driving without a license. Almost all the Latinos that appeared in that courtroom were there for the same offense.

The court in this particular county only has a Spanish interpreter there on one afternoon every month. Economically, for the county it makes sense. There is an unintended consequence to this arrangement. What happens is that all the undocumented persons show up in that court room at the same time each month. This makes it very convenient for I.C.E. agents to find their prey. I do not believe that the local enforcement officers at this court work together with I.C.E. However, these cops don’t impede the I.C.E. agents either. The sheriff deputies in the courthouse are consistently courteous and helpful. They just turn a blind eye to the activities of the immigration enforcers.

I sat in the courtroom with Jose and Marcos. After having done this sort of thing for a while, I have become aware that there are always the “usual suspects” in the room (I am thinking of the quote from Claude Rains in the movie Casablanca). Certain people always show up, at least for that hearing. I always see the judge, the bailiff, the court stenographers, the lawyers, and the defendants. The defendants are all Latino. Everybody else is white.

Not this time. There were two guys in this court room who did not belong in the picture. They sat in the back row, staring silently at the judge. The two men wore polo shirts and khakis. They were big guys, kind of buff. They had file folders in their hands. They didn’t speak to anyone, not even each other.

I lost interest in the two strangers. I focused on Jose when he went up to bat with his attorney. Jose pleaded “not guilty.” That was a smart move. That gives him and his lawyer more time to cut a deal with the State. I know other people who have done the same thing. Jose needs to avoid jail time. A fine and/or probation would be okay. His next appearance will be his opportunity to make his bid.

The judge released Jose on bond. He needed to get fingerprints before he could leave the premises. Jose and son went out of the court room to talk to his attorney. I followed them. I asked Jose squared if they wanted me to go with them for the fingerprinting. They said yes. I was a bit concerned about leaving Marcos alone in the court room, but I can’t bi-locate. I chose to go with the Jose’s.

The location for getting fingerprints is in the same space as the visiting area for the county jail. I have been in a county jail, so I am always a bit edgy when I go near one. Initially, we couldn’t find the office for the fingerprinting. The office had darkened windows and there no sign even indicating that it was an office. It was only after Jose Jr. rang a buzzer that somebody told us where we needed to be.  The process for fingerprinting was mercifully quick, seeing as they already had Jose Sr.’s prints on file from the time of his arrest.

We all returned to the courtroom. Marcos and his lawyer were just finishing up when we arrived. Marcos had pleaded guilty. The judge gave him a $25 fine, plus the court costs. The court costs were expensive. The fine was kind of an afterthought. Once the judge pronounced the sentence, Marcos had to give a DNA sample to the State of Wisconsin. That is a mouth swab. He had to do that before leaving the building.

We all went out to the lobby of the courthouse to find somebody to do the DNA sample. Marcos and two of his family members were there, along with Jose times two, and myself. There were people coming and going. I was concentrating on keeping track of Marcos. A deputy was typing up the paperwork for the DNA sample.

Then the senior Jose smiled at me and motioned me to the exit. He said, “Hey, you come outside with me? We talk?”

I followed him through the exit.

He pointed to the parking lot. The two guys in polo shirts were getting into an unmarked Suburban with no rear windows.

Apparently, the two undercover agents snatched some poor bastard as he entered the court house. I had never even noticed. Jose had. So had his son. The agents had moved swiftly and silently, and everybody else had just gone about their business.

Jose and I stood in the doorway until the Suburban drove away.

Jose asked, “We go to your car? We wait there?”

He got into my Toyota. I was worried about Marcos. I was about to leave to check on him, but Jose said, “You stay with me here? Yes?”

Of course, yes. We both sat in my car, and I sweated out the minutes until I saw Marcos and Jose Jr. come out of the court house. They got into the car, and we left promptly.

Later that day, I spoke with my son, Stefan, about the whole ordeal. Stefan has often worked with Mexican welders.

Stefan said drily, “Those I.C.E. guys, those are some shady fuckers.”

He went on, “They are just American KGB. Can you imagine being an I.C.E. agent, and going home to your family? Your kid asks you, ‘What did you do today, Dad?’, and you answer, ‘I was a shady fucker all day.’ Shit.”