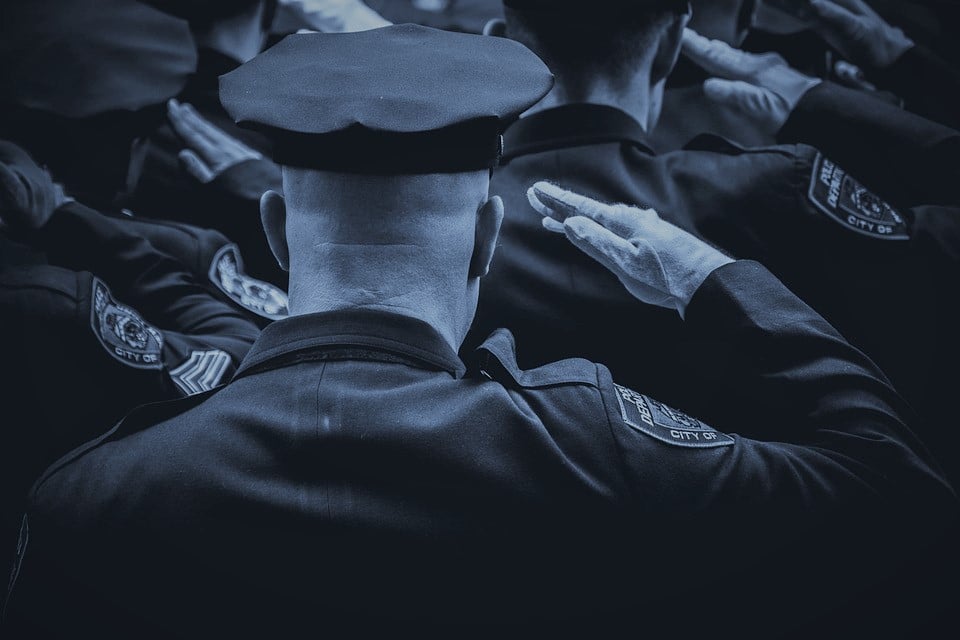 As I stood in formation, day 1 of the police academy, I thought to myself: “Here we go again…” I was reminded of Army boot camp. The Drill instructors, on day 1, were all over us. Yelling in our faces, inducing stress, watching how we react. It was the same on day 1 of the academy.

Fast forward 6 months later, I graduated from the police academy. I looked at my brand-new badge on the upper left side of my chest. There was a sense of honor, accomplishment, a similar feeling I had when graduating boot camp. I have always been the type that when the national anthem is played, a tingle runs down my spine. I feel a sudden burst of love for the country and the people I fought for. To some, this might sound cliché. To those like me, it is a calling for a higher purpose.’

Throughout the years I’ve been a police officer, I have dealt with all sorts of people. Some of them are the worst in society while others are victims of circumstance. There is one thing I’d like to touch on though…What is going on with Law Enforcement? It is a loaded question. Not that I have the solution, but there is a point that needs discussing.

Minneapolis is a city that is on fire due to the actions of one particular officer. Is it an issue of race? Training? Leadership? I can’t know what was going on in the officer’s head. What I can, and the law enforcement community can do, is speak up when one of our own has done something wrong. Police chiefs and officers around the country have already spoken out against the officer and his conduct.

People want to place blame on the Law Enforcement Community. Again, the media makes it seem like most police officers are rabid dogs out there hurting the public. What do statistics from the Department of Justice show? 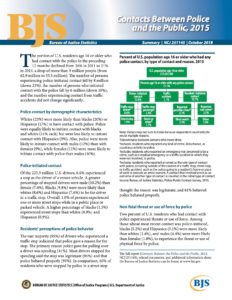 The numbers speak for themselves. In another study conducted by the Department of Justice:

“An estimated 62.9 million U.S. residents age 16 or older, or about 26 percent of the population, had one or more contacts with police in 2011, the Justice Department’s Bureau of Justice Statistics (BJS) announced today.

Contact between police and the public was equally likely to be initiated by residents as by police. About half (51 percent) of police contacts occurred when persons requested police assistance, while the other half (49 percent) were police initiated, such as when police pulled over drivers during traffic stops or stopped persons in public places but not a moving vehicle (i.e., street stops).

Black drivers (13 percent) were more likely than Whites (10 percent) and Hispanics (10 percent) drivers to be pulled over by police in a traffic stop; however, Blacks, Whites, and Hispanics were equally likely to be stopped in a street stop (less than one percent each). Among those involved in street or traffic stops, Blacks were less likely than Whites and Hispanics to believe the police behaved properly during the encounter.” (http://www.bjs.gov/index.cfm?ty=pbdetail&iid=4779)

Another area people tend to blame is police training. I have seen police department budgets get slashed, training falls back as a result and other programs are cut that help police officers perform their jobs better and safer. Some police departments are only allowed to go to the range once or twice a year. Police departments conduct other training such as CPR/AED, Legal Updates, and other types of training once a year. It all depends on what they are allowed to spend the money on.

Is it really about race? Or lack of training? My family once pointed out to me that when I describe a situation that occurred at work. I never say, “This black guy I dealt with, this Mexican guy I dealt with, this white guy I dealt with.” My description is always: “This asshole I dealt with…” That gave me a moment of pause. I had to really think about it. They were right. To me, a bad guy is a bad guy. I don’t see race. I just see the crime that was committed.

One area I don’t hear too much about is when an applicant goes to take a test, pass and then submit an application to become a police officer. I have seen a steady decline in qualified candidates over the years. I blame society as a whole. When politicians stand up and blame an entire profession, when the media portrays law enforcement as reckless, when certain incentives such as education bonuses are cut, it really has an impact who those who show interest in becoming police officers. The police departments are forced to hire less qualified individuals.

How about good cops going after bad cops. I hear this a lot. “Well, why don’t you turn these bad ones in.” Most of the time, the bad ones do get dealt with. They either get fired, indicted for various crimes, or both. I’ve seen officers get written up for various issues, get suspended, and eventually lose their jobs. A cop that other cops can’t trust does not last long. The few that slip through the cracks, unfortunately, eventually get caught and it’s usually for something big.

Early in my career, I was working in the booking room at my police department. A good friend, and fellow academy graduate, brought in an arrest from the stadium. It was a police officer. The officer was belligerent to borderline combative. The officer was arrested because he was caught urinating in public. These are things we deal with all the time, with drunks at a concert or sport goers. If we arrested every single person that urinated on a wall the jail cells would be completely full. They usually get a summons to court, get kicked out of the game and a lifetime ban from the stadium. This individual decided to identify themselves as a cop and then call my friend, “oh ok Obama, ok Obama.” The off-duty officer continued to berate the officer.

The next day, the officer’s chief of police came to the police department and personally apologized for his officer’s conduct. The chief was embarrassed, his shoulders were slouched, I could tell he was disgusted by one of his own officers. A few days later, we learned the officer was terminated. I don’t know what happened to his court case but the ex-cop will never be allowed to wear a badge again. So, bad cops do get dealt with. They do end up in serious trouble, fired, or arrested.

One thing that a lot of cops, when dealing with a situation, always ask: Does the punishment fit the crime? As in, depending on the crime or situation, does it warrant a certain response? For example, I was sent to a fight in progress, my level of adrenaline was high and I was prepared to arrest someone or be forced to use some type of force if my commands weren’t obeyed. There are several things that need to happen if I was to use any force. Sometimes they go in order, other times it goes right to the extreme. Volatile situations are extremely unpredictable, so these decisions happen in seconds. The steps I was talking about are called The Force of Continuum. Officers have to follow their department policies and procedures. There isn’t any discretion with it. It must be followed. It goes something like this:

So does the punishment fit the crime, In Minneapolis, most reports are stating Mr. Floyd did not resist the officers. Media reports also state that the witness video was 8 minutes long with an officer using a technique that is not supposed to be used. On top of that, the crime was passing forged currency. The rule of thumb is, once the handcuffs are on the fight is done. If the suspect is still fighting, then there are other restraints that can be applied, or a different transport vehicle arrives to take the combative suspect.

This profession is hard enough as it is. Add the above statements to the mix and you get some overworked, stressed good cops. I’ve heard it all, “You signed up for this…” Exactly, I did. I went into this profession fully acknowledging the dangers it poses. The mental and emotional heartache it creates. I accept that one day I may die; war taught me that. I will do my job and continue to do my job with honor, integrity, courage, and all the virtues that come with it. I will fight if I’m forced to. I will protect lives. I will treat others with respect. I will honor the sacrifices of those before me. This is just not me saying it. It is the 99% who put on that shield every day and face the unknown.