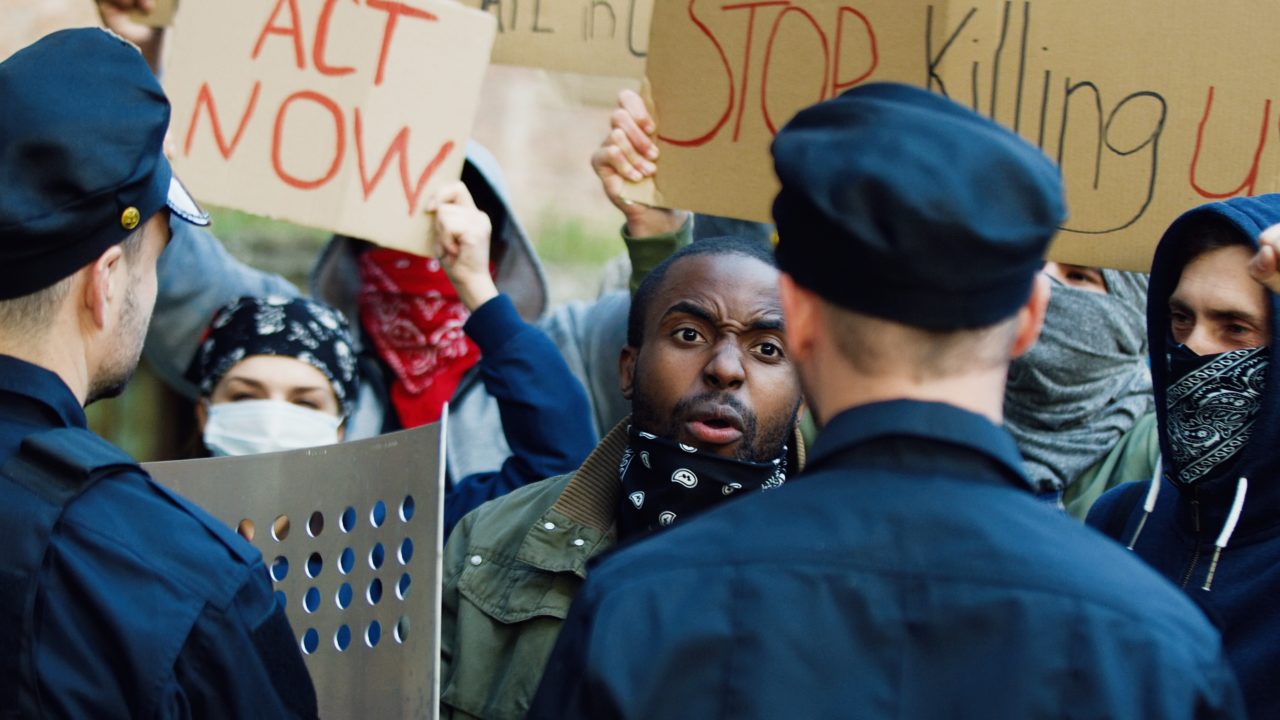 It was a beautiful day. Kids were running around, dogs were playing, and hot dogs and burgers were on the grill. My son was laughing it up with his friends. We were at a birthday party for one of his classmates. I was talking to a group of parents. I didn’t really know them. I tend to be cautious about revealing whether or not I’m a cop and rely on my Spidey senses to let me know when to do so.

Sometimes my wife and son tell people. I always remind them of the dangers of telling the wrong person. But this venue was different. My instincts did not detect any danger. Everyone was pleasant and helpful about keeping an eye on all the kids. One of the parents asked me, “What do you do for work?”

I responded with, “I work for the city’s DPW.” Why did I just say that? Why did I lie when I did not feel any danger? I thought about it long and hard for the rest of the day and realized…The badge has been tarnished and shamed. It’s no longer a prestigious job. Honor is no longer associated with it.

I graduated from the police academy in 2007. My academy class was in formation outside and we were getting ready to swear our oaths. A ton of civilians were watching, cheering, clapping. The badge was shiny and the badge had honor. It was a great feeling. From the moment I stepped into my uniform to when I was assigned a cruiser and got my first call, I was a police officer.

I was who people turned to for help. I prevented crimes from occurring, I settled disputes, I summonsed or arrested criminals. I have seen pure evil and have seen victims of circumstance. Besides war, the faces of the dead and murdered, stay with me. I suspect a majority of police officers reading this are nodding their heads in agreement.

Being a cop, in this day in age, in the United States, has been vilified. Vilified by the very politicians who made these awful policies and laws that the police are required to enforce. An article, written by a former mayor of Minneapolis, Betsy Hodges, truly highlighted the disconnect between law enforcement officers and politicians:

“I remember clearly one officer, a middle-aged white man, who is now a sergeant with the department, looking me dead in the eye and cursing me out in front of the entire room. I needed to take a walk in their shoes, he said, peppering his insults with profanity, so that I could “know what that’s like.” He complained of protesters’ “calling us names, getting in our faces” and throwing objects at officers. And “you’re letting them,” he said.

The not fully said bottom line of his message was clear: White liberals like me ask the police to do our dirty work — dealing with the racial and economic inequities our policies create. Normally, we turn a blind eye to the harsh methods that many of them use to achieve our goal of order, pretend that isn’t what we’ve done, and then act surprised when their tough-guy behavior goes viral and gets renewed scrutiny.

Whatever else you want to say about police officers, they know — whether they articulate it neatly or not — that we are asking them to step into a breach left by our bad policies. The creation of more-just systems won’t guarantee the prevention of atrocities. But the status quo in cities, created by white liberals, invites brutal policing.” (Opinion | As Mayor of Minneapolis, I Saw How White Liberals Block Change – The New York Times (nytimes.com)

Her statement said it all. Policies created by politicians put the police in a bad spot. Over a decade of these types of policies have tarnished the badge. Budget cuts, lack of proper training, lack of proper accountability, and the hiring standards dropping rapidly have placed individuals who shouldn’t be cops on the job. These things caused the badge to become an object of shame.

It is a shame because the badge reflects what American society has become. It is a shame that officers now are so demoralized that the truly evil are out there using this climate to their advantage. It is a shame that proactive officers are forced to sit back and watch society destroy itself from within. Now officers have to decide, whether an action is going to put them in jail, cause them to lose their home, or lose their family.

I have seen time and time again when officers would be justified in using force elect not to and get either seriously hurt or killed. I’m not saying let the bad ones get away with crimes, what I am saying, the broad stroke of the media, politicians, and other groups has caused violence against good hardworking police officers. When you have a political figure, like Bernie Sanders, in a room full of college students, make an inflammatory statement like “if you disrespect a cop you will be shot in the back of the head.” If you don’t believe me, here is the video of Sanders’ answer to HBCU student sparking backlash (cnn.com).

I speak to police officers across the country and the tone is the same. They are demoralized, beaten down, assaulted, and accused of being “murderers.” Doesn’t this sound familiar, to events that occurred during the Vietnam war? I’ve already written an article about the treatment of police officers is eerily like how Vietnam veterans are treated. The badge now represents shame. It is unfortunate and disturbing.

Society has picked its new scapegoat for the failure of policy and that is going to hurt us all in the end.