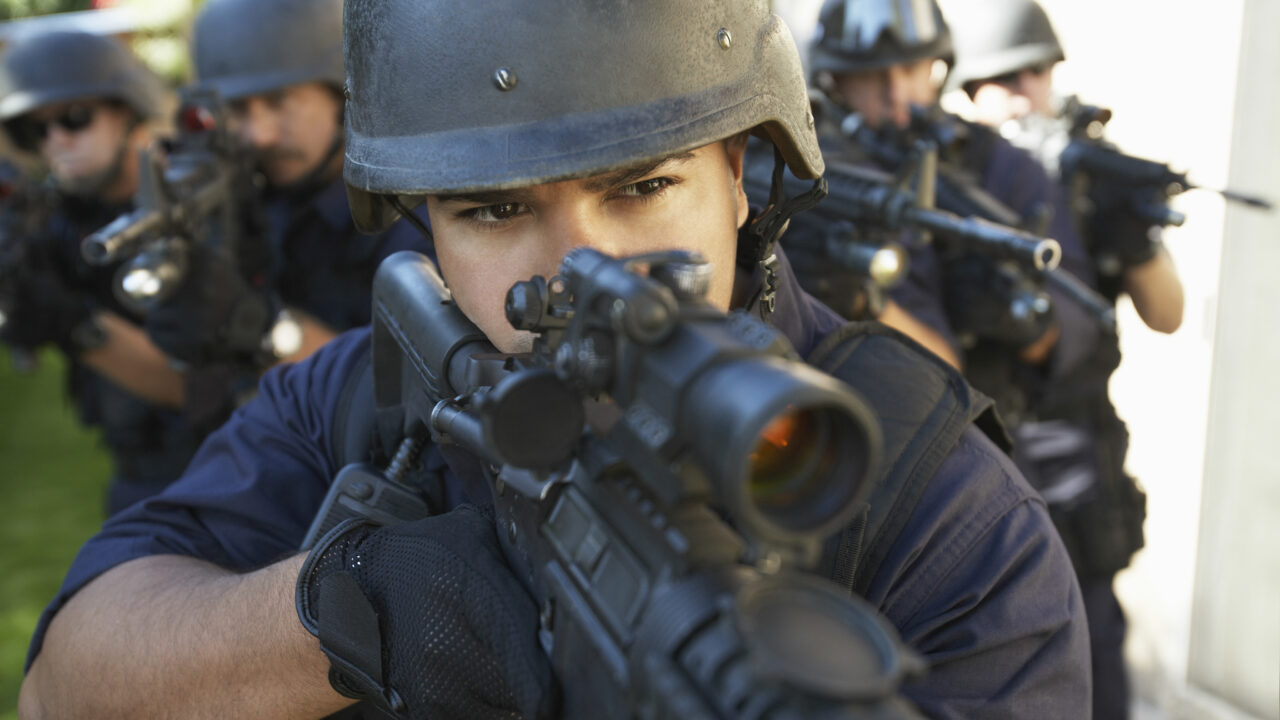 This first appeared in The Havok Journal on November 10, 2020.

I was sitting in a parking lot recently with one of my colleagues. My unit was conducting a surveillance operation of a couple of bad guys in the area. We were on a little break. As we were talking, we saw Oregon had passed a decriminalization bill on all drugs including drugs like Heroin and Cocaine. We were both astonished and concerned about what life in Oregon is going to look like for its citizens.

From what I’ve read, the people of Oregon voted for this new law. My question is, why was it even on the ballot? Then a great point was made by my colleagues: “You know, the Army has some of the best training when it comes to 1st, 2nd, 3rd order effects. These politicians need some lessons about that.” What he was referring to were Effects-based Operations. I paused for a second and he was 100% correct. I was part of a unit, in the city I work in, that worked with various outreach groups and programs in an attempt to help those suffering from addiction.

The thing is though, they were so caught up with their addiction, they would relapse. We wouldn’t arrest the addict because that does not solve anything. We would help them find beds at rehab centers, guide them as they get sober, and even go after the drug dealers who would entice them to relapse. We went through a lot of issues because our government did not see the long-term effects, big pharma did not see the long terms effects, and other than making a boatload of money, they did not anticipate the long-term effects.

In the Army, we learned the following when planning an operation: What is the overall objective? What is the Commander’s intent? What is the order of effects? Let’s apply this philosophy to policing.

What are Effects-Based Operations?

The military defines Effects-Based Operations (EBO) operations conceived and planned in a systems framework that considers the full range of direct, indirect, and cascading effects—effects that may, with different degrees of probability, be achieved by the application of military, diplomatic, psychological, and economic instruments. Now, this seems very complex and it involves a multi-discipline/unit approach to achieve an objective.

How will this apply to law enforcement?

Narcotics units, gang units, SWAT, and various other units would also do their jobs in going after the major players in the narcotics world. To me, those are your hammer units or, in military terms, your Direct-Action (DA) units, which also include Patrol Division. What about your unconventional units? Units like Problem-Oriented Policing, Community Service, and a whole list of units use unconventional methods to go after a root cause of an issue. Not everything we do requires a DA approach. As police, we must embrace unconventional methods.

I’ll present to you an example of how an investigation begins and ends. A complaint comes in, there is drug dealing at 123 Main St. A Narcotic unit sets up an investigation which leads to a search warrant and the eventual arrest of suspect(s). The next phase is now court. For us, as cops, once the case is in court, we pretty much are done and move on to the next case because we don’t control what happens in court, contrary to popular belief and shows like CSI.

An EBO approach to this problem would be a coordinated effort from all the units at the police department. The Narcotics unit, patrol division, and other DA units conduct their investigations, arrests, car stops, and all sorts of other DA-type activities. After all this is done, or even during, the unconventional police units are in there, fixing whatever issues that cause these drug dealers to move into these neighborhoods. Whether it is bad lighting, or broken window theory, unconventional units would take ownership of these issues and start to work on them.

An example of that is what my unconventional unit did on a problem location. There was a house in the city I work in. We had constant complaints of parties, drugs, and all sorts of other disruptions. The occupants of the house were not too welcoming of police or neighbors telling them to quiet down.

My unit took ownership of this problem. We decided to start working with the neighborhood and the occupants of that house. First, we addressed a problem with overgrown trees at the lot. The tree branches were hanging over the powerlines that feed directly to the house. We assisted the occupants with getting the electric company to come down and cut down those branches, so the occupants did not lose electricity in bad weather. When a suspected drug deal occurred, the unit went after and stopped the individuals, regardless of whether an arrest was made or not. It put the word out. This house and its occupants were “on the radar.” After a short while, they moved on to another city.

Here is another EBO that my unit coordinated. There was a problem house in the city to which the police department would respond numerous times a day. It was taxing on our ability to take care of the rest of the city. The typical calls for service at this location were fights, assaults, assaults using a dangerous weapon, stabbings, drug dealing, and domestic abuse. The homeowners used their home as a rooming house. They did not care about the issues, they only cared about the rent money, which was about $500 a room, and/or the occupant’s EBT cards (Food Stamps).

My unit analyzed all the issues with that house. One day, there was another stabbing at the residence. Multiple police and fire units showed up. I walked into the house and made several observations. These observations were health and building code violations. After everything was settled and arrests were made, I called various city departments. I started the process to get the city to go to the home and condemn it. The next day, all the various city departments went to the residence and were horrified at the living conditions at the house. They immediately condemned the house.

Word got out very quickly to all the landlords in the city that had these rooming houses. They printed out the article from the local paper and would use it as an example to their residents. They were afraid of being the next condemned home. EBO was used on this and several layers of effects occurred. The overall effect worked. The word spread like wildfire. The results? Slumlords were put on notice. These problem houses all of a sudden disappeared.

The utilization of crime analysis, direct action units, and unconventional units in a police department make it perfect to use EBO in certain situations. Police departments and their personnel need to approach certain problems in their respective communities in a multi-discipline approach. It takes coordination and all the units working together to achieve the goal. The days of each department unit working separately must change. I have seen it time and time again where the patrol division steps on the toes of narcotics.

Even specialized units in the departments do not talk to each other and end up overlapping the same targets and cases. EBO can take away those overlapping problems and units will have to work together. You can see where I am going with this. Policing requires a level of teamwork. Unfortunately, at times, some cops want to be heroes and work on their own. That’s when issues arise, and cases start to fall apart. Let’s make that change and approach policing as a team.

Let’s go back to Oregon. With this new law being passed. Did the state think this through? Did they think of the long-term effects? How about the influx of addicts coming to the state? Did they think about drug dealers utilizing these laws to their advantage? Are these rehab facilities already set up? What are the 1st, 2nd, and 3rd, order effects? Are social services prepared to deal with addicts? My experience tells me no.

Where I work, when Marijuana was decriminalized and turned into a fine. The courts were not ready to hear any of the appeals. What happened? Police stopped issuing them. Why issue tickets when there isn’t any due process associated with them? These hard drugs that Oregon decriminalized are extremely destructive. I get why they decriminalized some drugs but why didn’t they make a law that when an addict is arrested, the court immediately sends the addict to a rehab facility? I think that would be more logical. Where it’ll become something like community service instead of jail time. Did they have an EBO in place and coordinate with law enforcement?

Politicians, lawyers, police, and certain professions would benefit from training in EBO. As Marcus Aurelius stated, “what we do now, echoes in eternity.” Every little action we do has a ripple effect. I think most people have lost sight of the endgame and only get fixated on putting a band-aid on a problem. Let’s get to the root cause of any problem and make a permanent fix. That’s a way to truly care for and serve this great nation of ours.