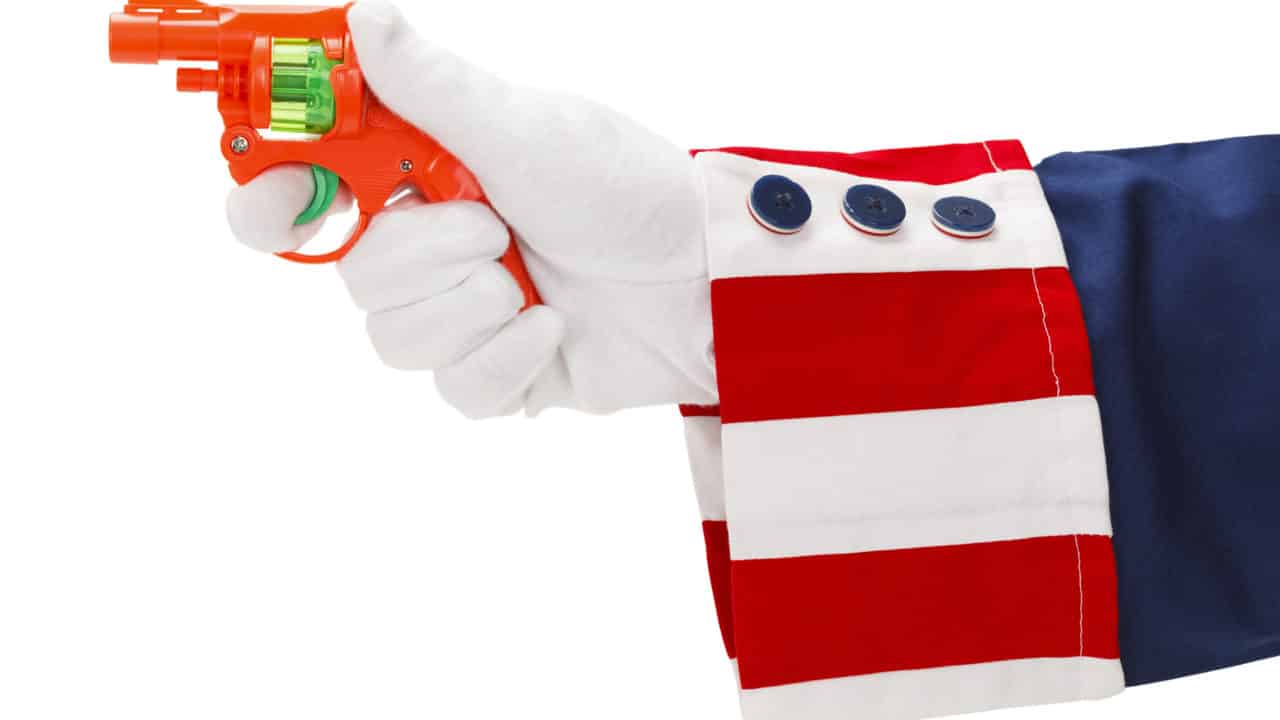 Like much of America, I recently watched a clip of Hispanderer-in-chief Robert Francis “Beto” O’Rourke make his now-infamous “hell yeah we’re going to take your AR-15” comments at the third Democratic presidential debate. I recognize that Candidate O’Rouke was probably just trying to go out in a blaze of rhetorical glory at what will hopefully be his last time on stage as a Democrat Party contender, but his comments were deeply disturbing.

It doesn’t bother me so much that Mr. O’Rouke would enthusiastically espouse government expropriation of private property and the abrogation of the entire Second Amendment of our Constitution. That man will literally say, or do, anything to keep his quixotic presidential campaign alive. What concerned me though is that he believes this is a winning strategy to appeal to his party’s base. The fact that people in the audience cheered, and none of the other Democratic candidates expressed even the slightest bit of consternation about what he said. That’s a problem.

I guess all of that decades-long Democrat Party talk about  “you’re just being paranoid; no one wants your guns, we just want common sense gun reform” was a lie.

I’m perplexed how the same side of the political spectrum that says “our President is literally Hitler” and “police = Nazis” can then turn around and say that the government and police are the only people who should have weapons. I find that mind-boggling. “Our government wants to take our property, put us in prison, and/or kill us, we should give them all of our guns.” It just doesn’t make sense to me logically. But then again, there’s a lot going on in our country right now that doesn’t make a lot of sense to me.

Take Mr. O’Rouke’s gun control plan, for example. According to CNN, it includes “a national gun registry, a nationwide gun licensing system and the mandatory buyback of assault-style rifles.”  That’s more than a little ironic, since if Mr. O’Rourke had been convicted for his criminal past, including DUI and burglary, he wouldn’t be able to pass a background check in the first place. It’s also a bit hypocritical, given the fact that as a national-level political figure he’s going to be protected, at least part of the time, by armed security personnel. Armed with, you know, guns.

But setting that aside, I thought it might be interesting to consider whether America, if it were an individual, could pass the Democrats’ gun control measures and universal background check as described by Candidate O’Rourke.

Spoiler alert: The answer is no. No it couldn’t. Not with our history of violence, consistent pattern of domestic abuse, and our political schizophrenia.

Our History of Violence
Let’s take a look at the hypothetical evidence, starting with our country’s history of violence. First, though, some framing. We’re going to set any and all malfeasance that kicked off before the U.S. Constitution was ratified on June 21, 1788 as America’s “juvenile record,” that got expunged when we declared independence from our parent country, Great Britain. So we’re just going to brush that whole Revolution thing, most of the Cherokee-American wars, the Northwest Indian War, and Shay’s Rebellion under history’s proverbial rug. That still leaves us with all manner of foreign wars, incursions, interventions, police actions… whatever. That includes Canada, Mexico, Cuba, Korea, Japan, China, Viet Nam, Philippines, Russia, Grenada, Panama, and…well it’s a long list so I’ll just say “a whole bunch of other countries in Africa, the Middle East, Europe, and Central and South America.”

There are also things like the overseas extra-judicial killings of US citizens through the highly-questionable use of the Authorization to Use Military Force (AUMF), partly because they occurred outside of the U.S. but mostly because I think the people targeted under those auspices, like self-declared enemy of America Anwar al-Awlaki, were legitimate targets and deserved what they got.

So yeah, the US has a history of violence. But for the sake of argument, let’s write off anything that happened in America’s youth as expunged once we gained independence, and consider anything that happened overseas is outside of our jurisdiction for purposes of a background check. Let’s instead focus on the times that the all-grown-up U.S. used violence against its own people, or at least against people living in America, in a way that would seem indefensible by today’s standards.  I know, I know: “it’s not fair to judge the standards of our past through the lens of what’s acceptable today.” I get it. But we all live in “today,” so we’re going to judge away. That leads us to our next category, “a pattern of domestic violence.” 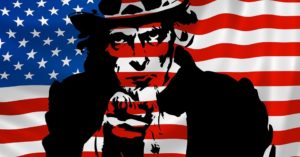 A Pattern of Domestic Abuse
When it comes to background checks to buy firearms, the Lautenberg Agreement is a frequent show-stopper. In essence, this law prohibits anyone convicted of a misdemeanor domestic violence offense from possessing a firearm. Specifically, this law covers “… a spouse, parent, or guardian, or by a person similarly situated to a spouse, parent, or guardian of the victim.”

“Guardian of the victim.” Well, since the U.S. Government’s job is guard our safety and security, that seems to fit the bill. If the U.S. was a person, what would it’s track record be for “domestic violence?”

First, of course, is the U.S. government’s aggression against, and in many cases extermination of, most of the indigenous population within our country’s current borders.

Later, the U.S. used troops to violently disperse the “Bonus Army” in the early 1930s. During the Civil Rights Era, police used dogs, batons, and even bullets against peaceful marchers. And of course, there was the National Guard’s shooting of students at Kent State.

More recently, there’s the Ruby Ridge incident, wherein an unarmed woman who was literally holding a baby in her arms was shot and killed by a police sniper. And who can forget the time that police dropped literal bombs on a Philadelphia row house containing armed members of the black radical group MOVE…thereby a fire that burned up an entire neighborhood. And there are also regular reports of police brutality in the news.

On top of the domestic violence, the U.S. might get hemmed up on a stalking charge, what with all of the unwarranted domestic surveillance. A stalking charge could be a problem during a background check.

And then, finally, there’s the U.S.’s politically schizophrenia.

America’s Political Schizophrenia
Because of the structure of the “winner take all” republican system, there are always going to be only two major parties in the modern U.S.  merica tends to lurch back and forth between whichever two parties are in vogue at the time, sometimes favoring Party A and sometimes Party B. The schizophrenic nature of the parties pales in comparison though to that of our politicians, who often seem to be “for” gun control/secure borders/whatever before they find it expedient to be against it. And some of their political promises make a lot of us question their mental health. So that’s a disqualifier as well.

The Verdict
Simply put, there’s no way “America” would be able to pass a background check to legally own a firearm in the U.S. There is too much history of violence, domestic assault, and mental health issues to qualify. So it kind of makes me wonder…once we all give up our guns, or when they are “taken” from us, Beto O’Rourke style, what’s going to happen when all of the weapons in our country are in the hands of violent, schizophrenic, HitlerNazis? Well, I, and millions of other Americans, don’t intend to find out.