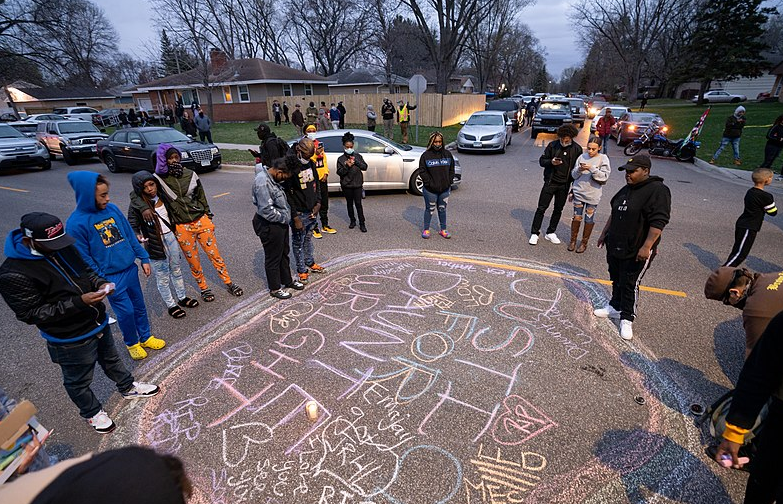 Complacency kills. Trust me, it can even traumatize. Sheer racism and hatred did not kill Duante Wright just like it didn’t murder Oscar Grant. It may have motivated the initial reason for contact just like it has motivated so many hateful words from both sides after the fact. Not that I believe racism doesn’t exist, I’ve seen it first hand: being called a spic on an Amtrak from San Antonio to Chicago in 1994 by a white guy eating at my table. My crime: ordering a salad without dressing. But even this man’s use of the term doesn’t mount to an all-out attack on the folk from down south. I’ll touch back on this for the doubters and non-believers.

I’m a firm believer in the “ten-thousand-rep-rule.” This is the idea that something, no matter what, becomes a habit and part of muscle memory after having done it ten thousand times. Leading figures on the job, up to and including Lt. Col. Dave Grossman, have used this theory to imbue self-discipline, training, and overall good practices. It can apply to anything from asking girls out to practicing a boxing combination. Most recently, I’ve used it in my physical and occupational therapy to re-learn things like driving, writing, and using silverware.

What killed these young men, and many others, regardless of their skin color (much to the chagrin of some readers), is complacency caused by good ole’ dysfunctional government practices, or lack thereof.

Kim Potter didn’t immediately set a cross on fire after shooting Duante, just like Johannes Mehserle didn’t put on a white hood and start chanting “white power.” Potter stated, ‘”I grabbed the wrong fucking gun! I shot him! Oh my God. Oh my god!” Mehserle looked around in confusion and called to his dispatch. Neither of these instances is the action of a stone-cold killer from the Klan planning a grave or conspiracy to kill what he or she hates in front of a camera, for the entire world to see.

I know there are still naysayers out there who will criticize this author as an apologist, a former police officer, and a traitor to my own people for my ill-planned decision to make the world better and for admitting the system doesn’t work.

I know the system doesn’t work: I tried and failed to fix it. But I know there are better folks out there than me to give it the old college try because I worked with and for them for many years. They will be my brothers and sisters until the day I die. I also know the system doesn’t work because, if it did, it would have fixed the problem(s) leading to the deaths of these young men as well as having handled the media, trial, and all proceedings accordingly. Incompetence and malfunction DO NOT equal systemic racism, genocide, or even motive.

What killed these young men was Potter and Mehserle, as well as countless others, failing to take those extra five minutes every morning to practice dry fire exercises in front of the mirror. What killed them was these officers, and jurisdictions, failing to take advantage of the training opportunities, whether they came from a department-mandated inservice or a local area gun range. What killed them both was just “ROD”ing, or retiring on duty… ing, and failing to think they would ever come across such a scenario in their careers.

I’ll go back to my original scenario on the Amtrak: a person who said something in English who didn’t think I understood them. As someone who had learned English as a second language, I’ve learned the art of venting my frustrations in Spanish when they would otherwise get me fired, arrested, or even slapped. But that isn’t always the case. There are many people of different backgrounds who speak Spanish, and also many who are native Spanish speakers but don’t look like the typical dude from Culiacan. What this man had failed to anticipate was that this 11-year-old had spent enough time in America and had watched sufficient Rated R entertainment to know the meaning of that word. He had dropped his guard, and his attempt to look cool and superior to his buddy just turned into a very red-faced and awkward dinner.

Like the old adage goes: if you’re going to do something, do it right. Whether it comes to fishing, Brazilian Jui Jitsu, or making that creme brulee. Get those reps in, and become a master in your world.