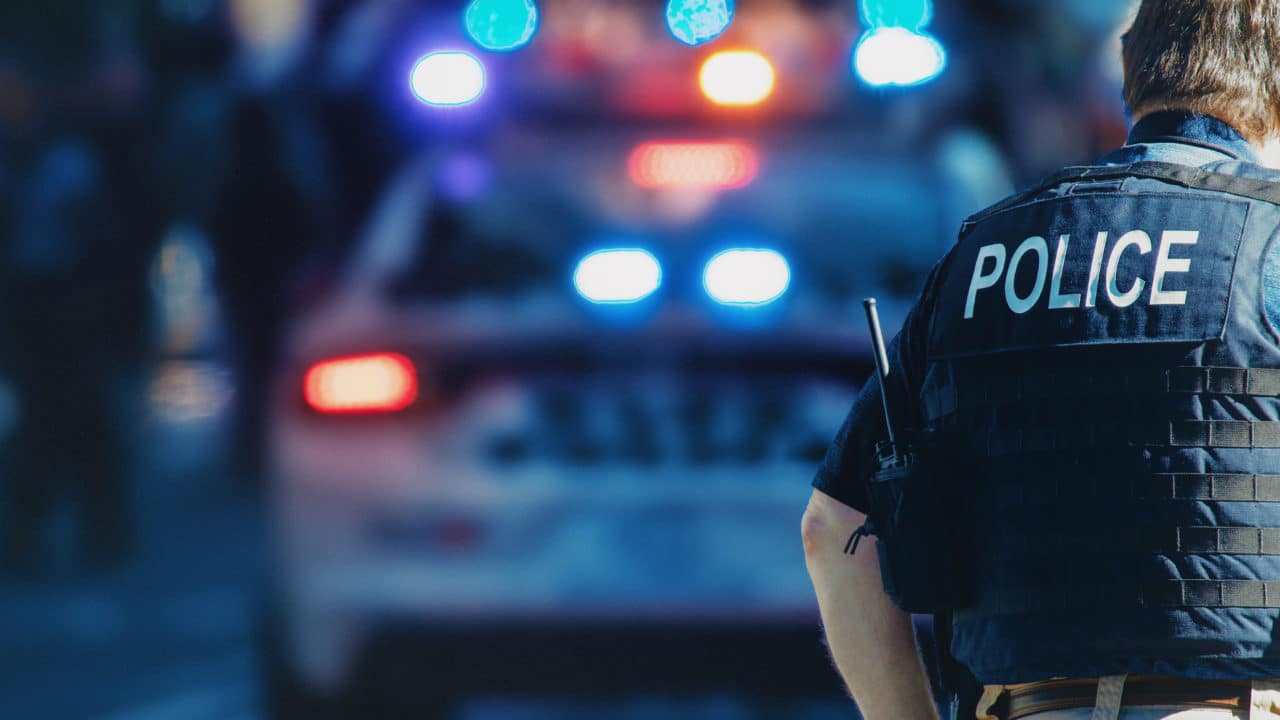 This first appeared in The Havok Journal on June 11, 2020. The issues discussed in this article remain just as relevant today.

The new viral phrase going around, is “Let’s De-fund Police.” You have political leaders voting on it. The Minneapolis Police Department is getting dismantled. You have protestors chanting it. But is that really the answer? Will that solve societal problems? Will that end the “racist” criminal justice system? What would you replace police with? Security? Community patrols? Will they respond to violent crimes? Murders? Shootings? What will their role be? One thing I’ve noticed, between the noise, is talk of trimming police budgets and reallocating tax-payer money to social programs and other services.

You’ve all heard the stories, seen the articles, and the videos of people losing their minds over a meal order at a fast-food chain. All of sudden, the irate customer calls the police. The officer gets there, one thing leads to another and the person who called the police is either arrested or summonsed to court for tying up emergency services. The other stories are parents calling the police because their child won’t get ready for school.

I’ve personally had to respond to a 911 call, where it appeared to all of us that the person was being murdered. Multiple units arrived, and it turned out the reporting person was grounded to their room and they didn’t like that. So, they called the police instead. This was a 20-something-year-old. We left shaking our heads and our adrenaline through the roof. We thought the worst was happening.

These types of “emergency” calls occur every day. They are even more prevalent now with “Social Justice Warriors.” Police calls for service (CFS) range from neighbor disputes, mental health emergencies, children not listening to parents, active shooters, homicides, stabbings, fights, and this day in age: terrorism. Is defunding the answer? Rather than defund, I propose we refocus policing.

I believe the cuts in mental health, drug counseling, and other social services have strained police departments. We not only enforce laws but also act as social workers, drug counselors, and wear many other hats. As a result, officers are tied up with more social problems than emergencies. Police departments across the country had to adapt to the rapid change in societal needs, enforcing the law and being more proactive with the community. Now with the added threat of terrorism in the U.S., Police departments had to evolve if they were to truly protect and serve their communities.

There is a difference between “proactive” policing and “reactive” policing. Proactive policing allows officers to be more engaged with the community. We are out there on the streets protecting, preventing crime, and serving the community. Reactive policing is just that. Police respond to emergencies. Which kind of police department do you want? One that is active in the community, preventing crime? Or a reactive department where the crime is occurring, and the police simply respond.

Police focus on the issues truly plaguing the city. We build relationships with private and public sector social services. We refer individuals to various mental health clinics. We reach out for help with certain individuals in the city. Instead of constantly arresting, summoning, or dealing with individuals with specific issues, we get people who are trained and educated with mental health, elderly health services and so much more. What we constantly hear is how there aren’t enough beds for drug addicts to get treatment, not enough mental health facilities to help those in need, and their budgets are trimmed by state or federal governments. So as a result, again police departments had to evolve and adapt.

My proposal is to “refocus” rather than a “defund.” A method of policing that is gaining steam in the law enforcement community is Problem-Oriented Policing. Problem-oriented policing (POP), coined by the University of Wisconsin–Madison professor Herman Goldstein, is a policing strategy that involves the identification and analysis of specific crime and disorder problems, in order to develop effective response strategies.

I was part of that unit at my police department before I became a detective. In the unit, we established relationships with various public and private sector social services in order to allocate the right services for people in the community. The focus of the unit ranged from helping those with drug addiction and neighbor disputes to individuals generating the most calls for service, active criminal hotspots, and other functions.

The POP unit began meeting with defendants at the house of corrections prior to their release back to the city. We were not there to discuss their case, because that is a 5th amendment issue that we do not violate. Our purpose was to give guidance and contact information for various social services available in the city.

There were numerous flop houses owned by slum lords who could care less about the caliber of individuals they rented to. Some of these slum lords got to the point of taking EBT cards from the person paying rent as a form of payment. These houses plagued our police departments with numerous complaints from neighbors, drug overdoses, and other crimes. These slum lords would not cooperate with the police department, no matter how many times we tried.

One day, there was a stabbing at one of the houses. Multiple units responded, including me. I walked around the house and noticed several building code violations, such as master locks on the outside of the bedroom doors. I spoke to one witness, who was living in the bathroom and plagued with various illnesses, including MRSA, which is a highly contagious disease. I ended up calling a number of organizations in the city, including health services. The sick individual was immediately admitted to the hospital. In the end, the house was shut down by the city. The slumlord was given a laundry list of required changes to be made if he was to open up the house again. A neighborhood problem that plagued the neighbors, the city and the kids who played outside was now gone. Multiple families thanked the police department for their assistance.

The unit accomplished a lot of good in the city. The public took notice and saw the change in their neighborhoods. The unit became a model of policing in the area. So instead of defunding, why not refocus, and join the ranks of the police? Be the change you want.

Below are the 9 principles of Law Enforcement written by Sir Robert Peel, known as the “Father of Modern Policing.” These principles should be what every police officer in the country strives toward.