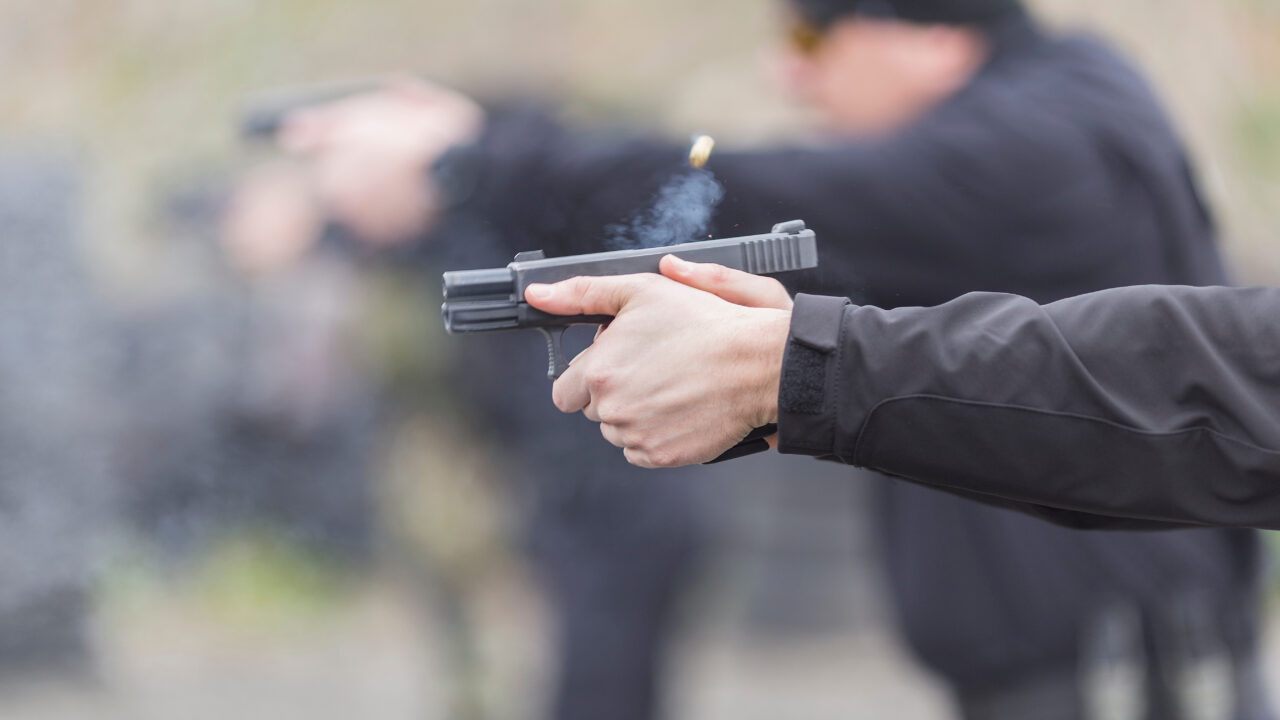 I have a question for the civilian reader population. How often do you think police train on tactics, firearms, first aid, CPR, and use of force? Once a year, twice a year? You will be surprised by how often police officers train in this profession. Most of the time, it’s a check-the-box type of training just to say a cop is “qualified” in firearms, tactics, etc. To me, qualifying and proficiency are two very separate things. I think most will agree with that statement. I’m going to give you, the reader, a glimpse into the training of law enforcement officers. Mostly around this concept of qualifying.

In the Army, when one attends basic training, you are handed a soldier’s handbook as part of your in-processing. That handbook details all the core tasks in which soldiers must be proficient—everything from weapons maintenance to tactics. The Army lays it all out for every private, outlining what they are expected to be trained in.

Policing is not the same. Sure, there are core tasks you’re expected to qualify in, but there isn’t a proficiency standard. Nor is there enough training available to have each officer proficient in their core tasks.

What I described to you is a basic recruit academy. Academies range from 6 weeks to 6 months, depending on which part of the United States you’re from. After the academy, depending on which part of the U.S. you’re from, you may not train again. If you train, it’ll be a yearly or bi-annual weapons qualification and a yearly in-service. In-service is typically a week-long to re-certify or qualify officers in some of the core tasks.

All that is required of police departments is to qualify their officers, not to demonstrate proficiency in any of the core tasks. I’m a firearms instructor; I can’t tell you how often my blood pressure increases because some of the officers I’ve seen come up to the firing line can barely hit the target.

“Researchers analyzed 149 real-life OISs (officer-involved shooting) recorded over 15 years by Dallas (TX) PD. In nearly half of these encounters, officers firing at a single suspect delivered “complete inaccuracy.” That is, they missed the target entirely.

In 15 incidents, the total number of rounds fired could not be determined. But in the 134 cases where researchers could establish that figure, they calculated the “incredible” hit rate at merely 35%. In other words, more than six out of 10 rounds fired were misses.

“Unfortunately,” the study says, “the data do not provide a clear picture of what happened with these [errant] rounds, but, at worst, they struck other officers or innocent bystanders.”

The research team, Dr. Christopher Donner and Nicole Popovich of the CJ department at Loyola U. in Chicago note that “although the amount—and quality—of firearms training received by officers over the last century has increased considerably, there appears to have been little improvement in shooting accuracy.”[1]

What this means to me is police officers are not proficient in their use of a firearm. Proficiency is very different from qualifying. I’ll go over the firearms qualification that officers must accomplish yearly. Keep in mind that what I’m going to discuss is a standard firearms qualification. Some police departments train their officers a lot more than others.

Depending on the size of the police department and state requirements, typical firearms qualifications are 50 rounds. Distance varies from 3 yards to 15 yards. Officers also shoot at a stationary target. This qualifies officers; that’s it. This does not test proficiency. Most cops only do the yearly minimum and that’s it. Only a small percentage of that will go shoot at a range to work on the fundamentals and become proficient.

Officers should be required and be proficient in taking apart, cleaning, putting together, and firing their weapons. They need to have a working knowledge of the weapon assigned to them and the caliber of ammunition they carry.

Let’s switch gears, the public sees all kinds of different police vehicles. During the police academy, I was trained to drive a Ford Crown Victoria. It was a one-week Emergency Vehicle Operation Course (EVOC). The goal of the course was for the officer to learn how the police car handles and what it can do and can’t do. I have not accomplished any sort of EVOC training since the academy. I’ve been issued other cruisers over the years. Driving a car down the road is a lot different from driving with lights and sirens responding to a gun call. I believe EVOC is a core task that officers need to be tested on annually or bi-annually. Again, you’ll get more proficient when driving with your blue lights and sirens. You’ll be more proficient during high-speed pursuits.

In the end, there are core tasks that officers must be proficient in. Qualifying is not enough. Qualifying is a CYA for police departments just to show that an officer can shoot a target. The real test is proficiency and with proficiency comes confidence.

A confident cop is a capable cop.