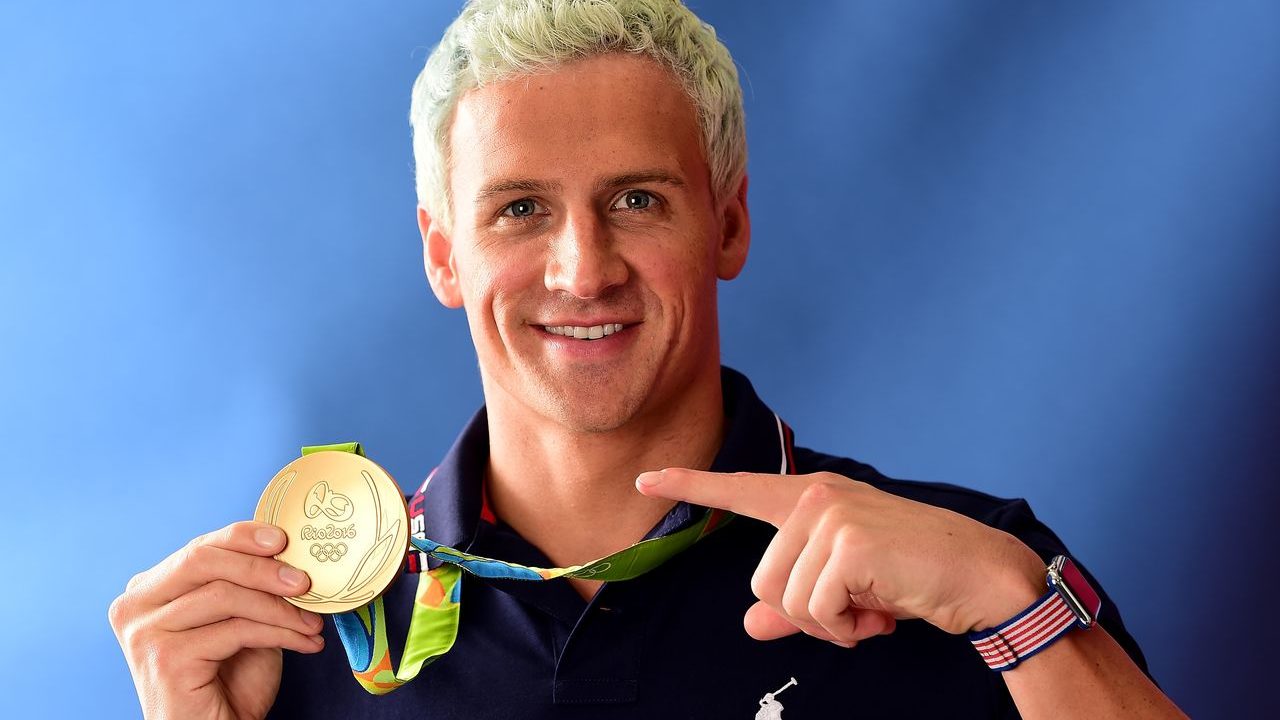 I have traveled to over three dozen countries in my life as both a tourist and on business and generally speaking, the ugly American is a myth.  Certainly I have seen some bad behavior from some countrymen including one memorable incident at Napoleon’s Tome in Paris but we are nothing compared to the obnoxiously dressed German tourists I saw on the beach in Italy, the rude line-cutting formations of Chinese tourists in Paris who spit on the ground on the steps of Norte Dame Cathedral in Paris, pasty-faced drunk-ass English tourists tearing up the local pubs screaming obscenities at ‘twats and darkies’, and ass-wipe Russian tourists anywhere in the world they travel.

Mostly we keep to the tourist areas set aside for us and ‘Forest Gump’ our way through guided tours and local establishments and have a good time while getting fleeced by exasperated but good natured locals.  Everyone wins.

And then Bro’sama Bin Lochte a.k.a Olympic swimmer Ryan Lochte had to go prove me wrong.

I’m not going to go into great detail about this story, here is an exhaustive write-up which explains the whole thing, but suffice it to say – Mr. Lochte and his merry companions decided to go get shit-faced in Rio and then on the inevitable 0500 Olympic Torch sponsored walk of shame back to the village, they descended on the local gas station like the proverbial Bro’pocalypse and f’ up the place.  The only issue? The locals were like, ‘Not so fast, gringos’, drew down on Lochte and the rest of the douche canoes, and made them pay for the damages.

Usually at this point in the story, everyone goes home wiser – and in the Brazilian’s case, richer – but Lochte has to go all Rashomon (translation: lie his ass off) and tell a story of corrupt cops executing illegal traffic stops, John Woo style stand-offs with guns at foreheads and slow motion flying doves and shit, and generally pissing all over the nation of Brazil.

Now I am sure in his Drakkar Noir and date rape fueled mind, he thought it was going to end right there, except Brazil didn’t take kindly to the gold medalist golden shower and they decided to get to the bottom of the story and well, the entire story fell apart like they always do.

The infuriating thing this whole matter isn’t really the story telling – as I said in an earlier article, people make up stories all the time to impress others and ultimately most of them are pretty harmless.  But there is a world of difference between telling your buddies about the Donkey Show you never went to around the grill, and repeatedly lying to the media and the police when you’re on the national stage.  Yo, Ryan, Brian Williams much?  That is what I thought.

The infuriating thing is how much oxygen this tow-headed Muppet sucked away from the extraordinary accomplishments of the rest of the athletes of Team USA – you know, the ones who were able to keep their shit together.  Instead of hearing about Michael Phelps and Simone Biles crushing it – I get to hear about how a bunch of Dude’Bros cos-played ‘The Hangover’ and disgraced the nation.

Thanks, you represent yourself, not the country.  Unfortunately, that isn’t the way the world works and now we’re going to hear about it until the next Olympics.

If there was any justice in this world, Ryan would get thrown into a Rio jail cell with a Jack Nicholson-grinning inmate with an irrational fixation on Terry Gillam’s film Brazil and a desire to reenact the best parts.  Frankly, a live video of that should be the only time Ryan Lochte should ever be on TV ever again.