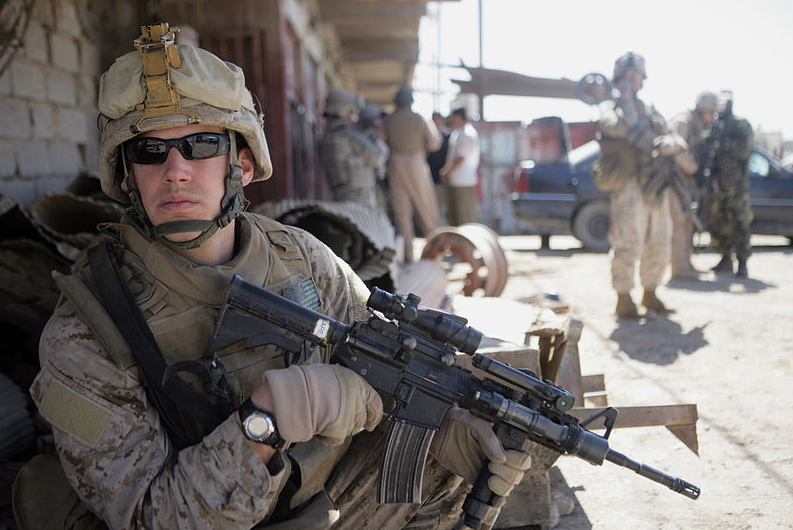 Tell the truth about what you see and what you do. There is an army depending on us for correct information. You can lie all you please when you tell other folks about the rangers, but don’t never lie to a ranger or officer – Rogers Rangers

It is now officially time we all had a talk about this ‘Stolen Valor’ craziness.

A while back, I was at the airport in Chicago passing through on business. I had just finished dinner and was standing up in the process of paying my bill. I was a middle-aged guy with a heavy five o’clock shadow, physically fit without looking super athletic, and wearing civilian clothes – honestly, I didn’t much look like a soldier.

As I turned to go, this huge kid reeking of beer and at least a few percentage points over his tape test walked right up on me and blocked me from leaving, ‘10th MTN, huh?’ It took me a few seconds to register I had a tiny 10th MTN pin on my backpack which I had forgotten about. Before I could answer, he jabbed his finger at the pin and got super aggressive, ‘What Battalion were you in? Who was your Commander?” I already had my wallet out and I pulled my ID card and held it out and told him to ‘back’ off. He took a look, apologized and he left.

My encounter ended well for me but it didn’t end so well for Marine veteran Michael Deflin. This Fallujah vet couldn’t produce an active duty CAC card on request from some Air Force dude and therefore he got the crap kicked out of him. He suffered a broken leg and jaw in the process. Prior to him and his friend beating Deflin down, the USAF guy accused him of ‘Stolen Valor’.

Congratulations, we have now started conducting fratricide on our own.

Stolen Valor is a real problem but not a new one – folks have lied about their service for personal and political gain after the Civil War and after both World Wars.  It should be exposed when it is found. But the whole business of exposing those who lie about their service has become increasingly sordid with legions of veterans self-appointing themselves as ‘Valor Custodians’ fighting the good fight trying to find the next sad sack guy lying about being a SEAL cyber-ninja at the local Mall food-court.

I use to roll my eyes at these antics but now they have gotten dangerous. Stolen Valor fratricide folks: you’re the reason why we can’t have nice things.

Part of what makes this so laughable is that some of the loudest members of the mob are people who were FOB warriors downrange. They are the dudes you see at the PX or the Atlanta Hartsfield Airport wearing their absolutely pristine condition 400-dollar tactical packs with the ‘Major League Infidel’ patch, the always ridiculous camo cap with a subdued American flag on the velcro, and drinking a giant Monster while telling everyone who will listen about that ‘one time in Iraq, I did xxxxxx and I’m totally not making it up!’

The truth is they never left the wire on their one OIF/OEF tour – but I sure as hell hear them lying…oops, I mean exaggerating about what they have done downrange in the orderly rooms, at the PX food court, on social media, and in the customs line at Ali al Salim Air Base. Come on, guys, you don’t think we notice? You don’t think we haven’t heard multiple variations of the same story our entire career?

For many of you out there in the mob, I would say check your own shot group before you start calling out others.

It is time to stop the nonsense. Your service makes you part of a unique grouping of Americans, but it doesn’t make anyone a hero despite what John Cena told you when you saw him on the USO tour at the Bagram Clamshell, you know, right before salsa night – the real heroes are at Arlington or Walter Reed.

Nor does it give you a right to be a jerk to others. If you think someone is lying about their service, the first thing you should do is chill and regard the situation. Separate the innocuous from the consequential. Tall tales and ‘war stories’ have been around since the beginning of time and mostly they are harmless. I would be lying if I told you I haven’t told one in my life. Unless it involves decorations, tabs, or awards which they didn’t receive, the stories generally aren’t worth your time to correct or worry about.

If you are still convinced they are rotten and they are truly disgracing the service of others like the civilian who wears a uniform and misrepresents himself at a public event or the guy who wears a Purple Heart or Silver Star they didn’t earn, then don’t confront them – the proper course of action is call Law Enforcement, local FBI field office, your chain of command, or the service investigative offices (CID, NCIS, OSI). They are trained professionals who know how to handle these sorts of cases.  It is becoming increasingly obvious many folks don’t.

And for God’s sake, take off the subdued velcro flag hats.

This article was originally published on October 10, 2016. It represents the personal views of the author and is not an official position of the U.S. Army or any other entity. 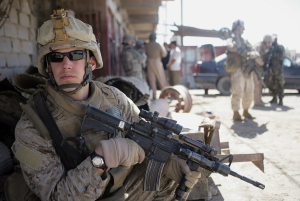