HomeFitnessPhysical Fitness and Transitioning Back to Civilian Life 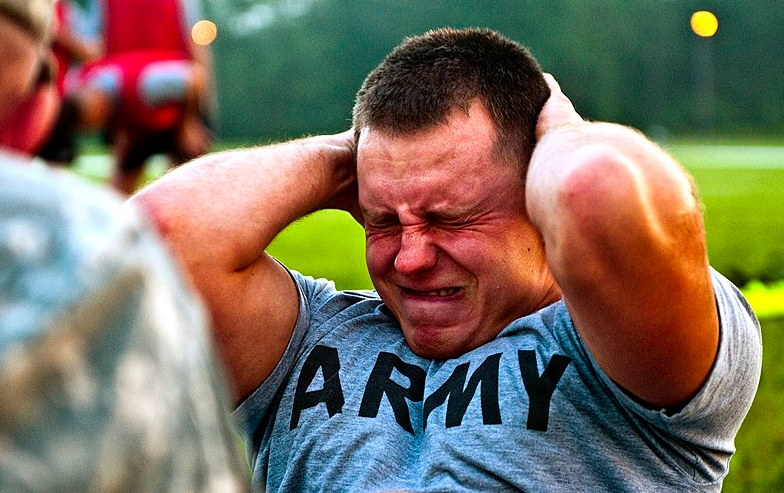 As time passes by, I often recount where my passion for fitness started. It has been tough to put a finger on that exact moment in time, as there have been many instances where fitness has had a major impact on my life. I started my personal training career as a young 18-year-old, three years before I decided to enlist.

In July 2007, I suffered heatstroke on the first day of RIP (now RASP). That long run broke a ton of spirits that morning, forcing around a third of those candidates to willingly quit or fall out of formation, ending up on the truck. Either way, they fell short of the standard and were sent to other units in need of numbers. In my mind, there was absolutely no way that I was not going to be a Ranger. I was dead set on doing whatever it took to make it through RIP. In finishing the run, I blacked out within seconds of marching back to formation. I remember feeling an uncontrollable sense of exhaustion, unable to keep my eyes open. I was floating in and out of consciousness for the next few hours when I finally woke up in a hospital bed with two IVs and a catheter.

I was informed that my body temperature was nearly 107 degrees, and I had suffered kidney and liver damage.  With a major stroke of luck and God on my side, I was able to recover and return to RIP and graduate in October of that year.  I 100% believe that my ability to do this was due to the level of shape I was in, along with the “never quit” mindset.  What if I had not had any experience in training my body prior to enlisting?  What if I had never been pushed prior to Basic Training, Airborne, or RIP?

If I had low Aldosterone levels prior to my heatstroke (which may have been the case), it is not too far-fetched to believe that I may have been physically unable to complete that run or make it through RIP.  (Aldosterone is the hormone that regulates the water and electrolytes at the cellular level in your bloodstream.) There are many factors that, at the time, I had no idea about and I have spent my life since trying to make sense of why I am still here and make myself available to help others.

I spent October 2007 through July 2011 in 3/75, deploying four times and ETS’ing as an E-5. My training intensity during these times was crucial to mission success, where I not only wanted to be the best at my job but I could go above and beyond when and if I needed to. During the training cycle, it was extremely difficult to maintain an optimal level of fitness with everything that needed to be covered as far as our jobs were concerned. With that being said, I took it upon myself to spend the majority of any “free time” on deployments to get in the best shape possible. I was that nerd who would go into the MWR building with my notebook and search any and all things fitness-related.

I would take notes, develop ideas, and plug them into a program.  I was looking for the ultimate training program that would make me as strong as possible in the sense of my job performance, while still being able to maintain that damn 5-mile run under 40 minutes (I spent the majority of my military career at +220 lbs, so you can imagine how much I loved to run). At this very moment that I look back, my programming and style of training were created off ideas that were formed while studying Joe Defranco and Rob Shaul’s methods.  My idea of optimal level fitness as a Ranger was to be able to function at 100% in full kit without getting tired, along with being able to do it with someone over my shoulders if the mission called for it. This was my method to the madness.

Let me give you an example, as a Ranger our deployments lasted 90-120 days and I needed to create a program that was both effective, and brought the quickest results. I also had to keep in mind that if we were going out on a mission, I couldn’t be tired or worn out from the workout. So I would have two workouts on standby until I heard the “go” or “no go” for that particular day.  The focus of the program was to increase muscular strength, endurance, power, and cardiovascular endurance.  I used a conjugate periodization format to allow me to reach my goals as quickly as possible. Due to the high level of stress, while deployed, I also had to keep in mind to not burn out my CNS (Central Nervous System) because nobody wants to go for a long walk and hunt down some bad guys in the middle of the night while they are completely exhausted, it would have made zero sense to go “balls to the wall” in every workout.