HomeFitnessMedicalCOVID-19: Take it Seriously or We Risk Our Freedom 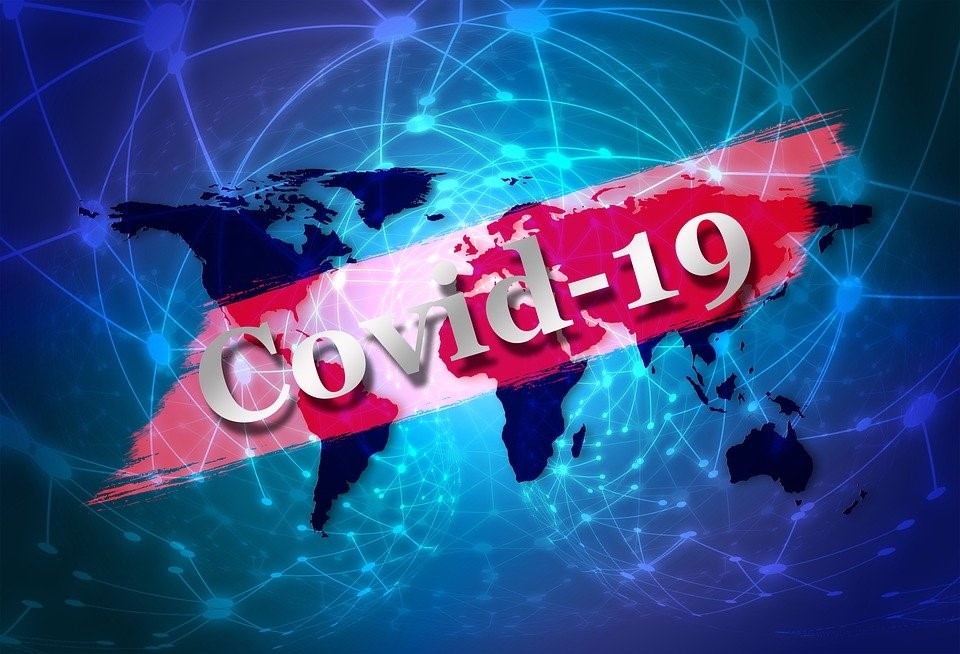 This first appeared in The Havok Journal on March 19, 2020. How have things changed in a year?

John drove across state lines. Immediately entering the state of Georgia, his car was stopped at a roadblock. A police officer, dressed in a protective mask and gloves, asks John to roll down his window. He does and is quickly scanned with a touchless thermometer.

“Where is your mask?” asks the officer.

“It’s in my back seat,” says John pointing to a mask in the back seat.

“Can I see your driver’s license?” The officer extends his hand. John fumbles in his wallet for his license.

“I see you were in Tennessee for a day,” says the police officer. “Can I ask the reason for your visit?”

“I needed to get some important papers from my office in Chattanooga.”

“Do you have your interstate pass?”

“Yes sir. Here it is,” says John handing the officer his phone with mobile interstate pass on it.

This may sound farfetched, but this is life in pandemic areas outside the U.S., such as China, Italy and India. Think this can’t happen in the U.S.? If we don’t get the virus contained, ask the people of Milan where police stop cars and ask drivers to fill out forms explaining where they are going and why. Northern Italians are bottled up, singing from rooftops as they isolate themselves from their countrymen. Italy ordered all bars, restaurants, and non-essential business to close, leaving only pharmacies and grocers opened. Right now, 7.3 out of 100 people in Italy die from contracting the virus. Italian medical officials are making gruesome choices because they are overwhelmed. Italy and China aren’t the only spots to watch. There are other hotspots in the world you may want to watch in the coming weeks.

Today, I spoke with one of my coworkers in India in the densely populated city of Hyderabad. Random checks on the road had started, and a perimeter of safety was set at the front gates of his office complex, about 400 yards from his office. Everyone was scanned and checked for symptoms. He reported there was a second line for anyone with a fever or a majority of Corona symptoms. Those are quickly shuffled into a second line lane where an ambulance waited to whisk them away. At the moment, India is being praised by the World Health Organization for its response to COVID-19, but India’s response may not be as “responsive” as people think.

This week, India just started testing health care workers suspected of the virus. Before then, testing was limited to those entering the country. In fact, India isn’t testing much at all. In a quote from the AP – “India is conducting only about 90 tests per day, despite having the capacity for as many as 8,000. So far, 11,500 people have been tested, according to the Associated Press.” In a population of 1.3 billion with a high number of foreign visitors, you would think more testing would have occurred by now. If you add this to the fact most Indians tend to fall very ill before seeking medical attention, there is a significant chance this number is grossly off.

Second, India has a number of infectious diseases that have similar symptoms to COVID-19. In fact, acute respiratory infections run rampant in India due to poor air quality, hygiene and overall health. One of these is tuberculosis (TB). Tuberculosis is a major problem in India. TB’s symptoms include a persistent cough, fever, fatigue, and even pneumonia. In 2016, 2.8 million people became sick with TB and over 400,000 people died from the disease. Looking at the initial symptoms, it’s easy to mistake Coronavirus for TB, especially when doctors are familiar with TB symptoms. When compounding India’s lack of testing with the high number of respiratory diseases in India, the numbers of infected may be hidden.

A third point regarding India from personal experience: India is good at putting on a show. I’ve passed through metal detectors blaring off because I’m wearing a metal belt. No one looks up. No one stops me. The next guy walks through the metal detector with a laptop as people wave and say hello to him. I’ve passed touchless scanning thermometers while entering the country with no one really watching. I’ve sent my bag through x-ray machines with no one scanning. Looking back at my opening paragraph regarding what India is doing to protect its workers in Hyderabad, you have to wonder if anyone is really being checked? Based on my experience, I suspect India is putting on a good façade, but the country’s inconsistent health management and poor living conditions in many areas mean the virus can run, without detection, over large groups of people that have a false sense of security. When the true numbers emerge in India, India will be in crisis.

Mexico is an area of concern real close to home. This week, the World Health Organization criticized Mexico’s response to COVID-19. Over the weekend, it was all football and parties in Mexico City, which hosted multiple music concerts at large venues. From Mexico’s point of view, the virus isn’t a big deal. Under 100 cases have been reported with zero deaths so far. As with India, Mexico hasn’t done a lot of testing to determine the real spread of the virus. Part of this is due to the Mexican government’s lack of urgency in their response, and this is also due to Mexico’s health system. Mexico’s health system is already underfunded and strained. Currently, there are 1.4 hospital beds per 1000 people in Mexico compared to 2.7/1000 in the U.S. and  13/1000 in Japan. Mexico also has a shortage of doctors with about 2.4 doctors per every 1000 people. The organization for Economic Cooperation and Development recommends at least 3.4 doctors per 1000 people. Additionally, Mexico just started a social distancing program this weekend; in a country that is used to a high level of social contact. In truth, Mexico isn’t looking at the virus seriously. With mass gatherings still taking place over last weekend, its lack of beds, and lack of doctors, Mexico is a crisis waiting to happen south of our border.

On March 17th, Zimbabwe declared a national emergency. South Africa also declared a national state of emergency. Some of the poorest health systems in the world are in Africa. Most countries can’t handle the $40 per person it takes to cover basic health needs, let alone a pandemic. Additionally, parts of Africa distrust foreign aid workers making it harder to treat these areas if there is an outbreak. During the last Ebola outbreak in Africa, multiple health workers were killed for fear of foreigners bringing Ebola to Africa, not treating it. Countries like Sudan, which have suffered from years of war, are now suffering from a lack of medical supplies and food shortages as the government prepares to close borders to prevent the spread. In the end, Sub-Saharan Africa will be heavily hit. 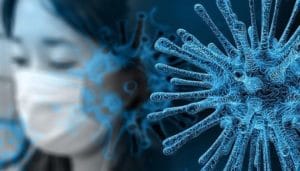 In China, where the virus first emerged, the death rate is reported to be close to 4%. China has been on lockdown since January, and here is what a firsthand account of life in China looks like outside Wuhan. A report from a friend of mine in China said that easily 70% of retail businesses are closed. He does not live in Wuhan, the center of the pandemic, but it is easy for him to see the effects of the Chinese government’s attempts to contain the spread outside Wuhan. In a post he shared recently, he mentioned the following:

Now, my friend doesn’t live in Wuhan. He lives in another province, so do many of my friends in China. Most of them tell me that the response outside of Hubei province was draconian and well-managed. This is why the spread rate in other provinces in China’s was lower than Hubei. China’s response was less than perfect. In fact, early detection and containment would have stopped this pandemic, and this is where China failed. In an attempt to cover up an epidemic in Wuhan, they created a pandemic, but once China locked itself down, it contained the spread. As for where China is now, China seems to be on the mend. It is my prediction that the Chinese government will mandate the elimination of the virus in China. The Chinese government will make eradication a priority, and it will happen in China. 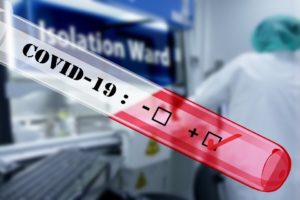 Testing in the United States for the virus is minimal at the moment. Many people with mild to moderate symptoms are being turned away from testing to make room for more severe patients. This could mean the infection rate in the United States, as with many other countries, is higher than what is being reported. So why do some countries have such draconian measures? Is this all media hype? Hopefully, I illustrated that the world is not ready for a virus that has the contamination rate of COVID-19 without a vaccine. This includes the U.S. We don’t have some of the problems of the rest of the world, but we are not ready for the spread of a pandemic virus such as COVID-19. The problem is the rate of infection and hospitalization. New York City is a prime illustration of a potential problem. Today, New York City’s hospitals have a total of 3000 intensive care beds that are capable of treating Coronavirus patients. ICU beds provide isolation as well as critical respiratory aids, like ventilators required by most COVID-19 patients requiring hospitalization.

Not all of these beds are available because there are people in them right now. The percentage rate of people requiring hospitalization after contracting the virus is estimated between 10 and twenty percent. Today, this means between 50 and 100 people in New York city require hospitalization. In Italy, the total number of infections each day grows by about 25%. On February 26, the infection rate was recorded at 470 cases. Within 3 weeks, the infection rate was at 25k and climbing. Most likely, NYC will be out of hospital beds in less than a month that can treat patients with Coronavirus. The one thing we know is that hospitals around the world and health care workers cannot treat the potential onslaught of victims requiring critical and intensive care. This is what happened in Wuhan.

Matt Trevathan is a Director of Product Management for a leading mobile platform enablement company. He has traveled extensively in the United States and overseas for business and travel. His travels include India, Mexico, Europe, and Japan where he was an active blogger immediately following the Kaimashi quake. Matt enjoys spending time outdoors and capturing the world through the lens of his Nikon D90. Matt enjoys researching the political, economic and historical influences of the places he visits in the world, and he commonly blogs about these experiences. Matt received a Bachelor in Computer Science at Mercer University, and is a noted speaker on innovation, holding over 150 patents. Matt’s remaining time is spent with his family going from soccer game to soccer game on the weekends.