HomeCultureWomen in Ranger School: It’s Not That Big of a Deal 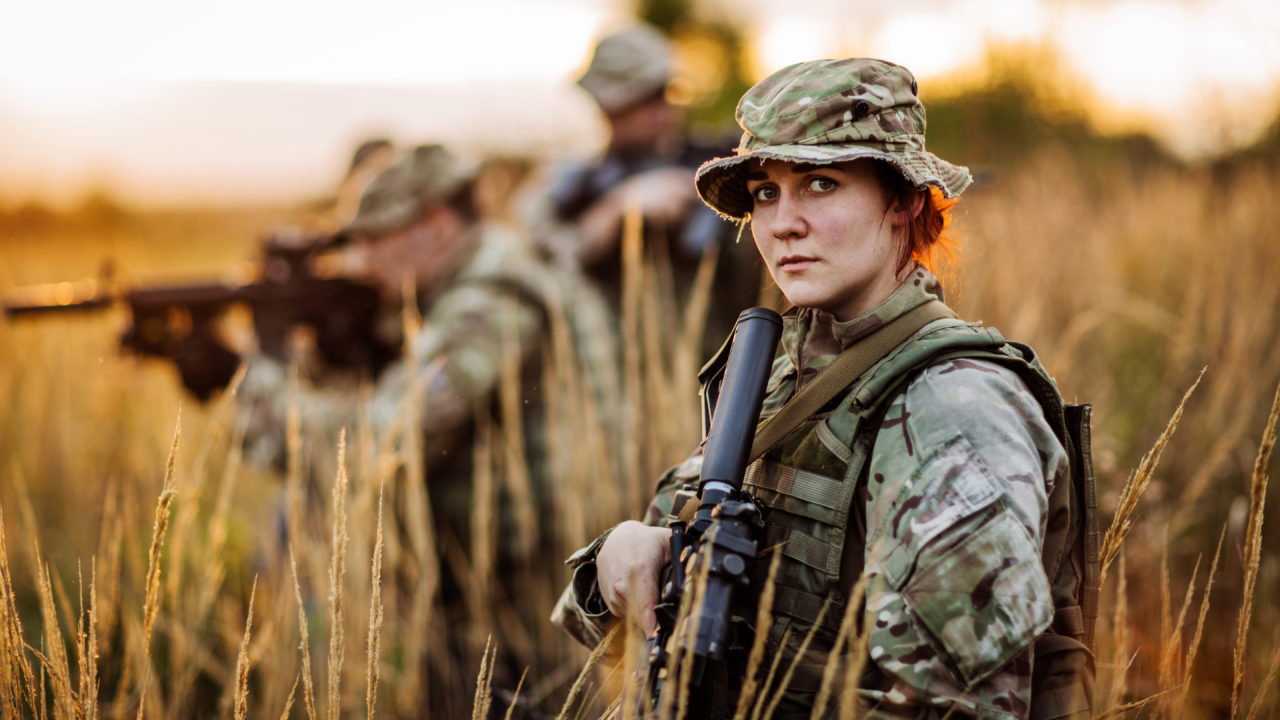 So it’s finally happened. After almost ten years of to-ing and fro-ing, Big Army and RTB (now called the ARTB, or ‘Airborne and Ranger Training Brigade’ for those of you not keeping up) have announced that females will now be let into Ranger School. And lots of you Scroll bearers (real Rangers), as well as many combat arms soldiers, are in a panic.

So what are the major concerns being voiced?

Standards will be lowered.

How can a woman possibly pass the physical standards and rigors of Ranger School without lowering standards? They are naturally smaller and weaker… right?

The fact is that standards have been lowered regularly (generally, as well as on a case by case basis) for decades at Ranger School. Officers and Senior NCOs from the School of the Americas, West Point and ROTC Cadets (that are the son/nephew of a field grade officer or ring knocker) and some Recon Marines and some SEALs (sent to Ranger School for punishment because they were fuck ups back in their home unit) that had no business being there in the first place have been pushed through on their 2nd, 3rd or 4th recycle. We’ve all seen it. 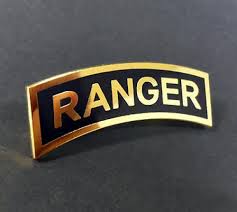 If we are honest with each other, Batt boys have often been given a borderline ‘GO’ on a patrol when their lane walker was someone they served with that had recently jumped over to RTB. A wink, a nod and a ‘GO’, when anyone from a leg or Airborne unit would have been a recycle or doing the duffle bag drag.

Also, if you ask any of the older Ranger School graduates, they will tell you that standards have already been gradually lowered with the implementation of more food, and more closely monitoring things like water temperature and weather. Anyone being honest with themselves knows that those first Ranger School graduates back in the 1950’s had it much worse than those today.

Let’s not retrospectively fool ourselves about the standards at Ranger School, or get all worked up about a few women getting pushed through. It’s not worth the angst or losing any sleep over.

As far as the physical standards, initially they will not be lowered at all, specifically to make the point to the Senate Armed Services Committee that they aren’t. DOD and the ARTB have already stated that the first female Ranger students will be hand-picked from a pool of candidates. I can guarantee that out of ten female candidates chosen, five will be chosen to succeed (iron man competitors, triathletes, marathon runners, etc.) and five weaker female soldiers will be chosen and set up to fail, just so the course will look impartial. Within the first year, one female will magically be awarded ‘Class Leader’ or ‘Distinguished Honor Graduate’. She definitely will not be the typical female soldier, but the gender-friendly PC box will be fully ticked. 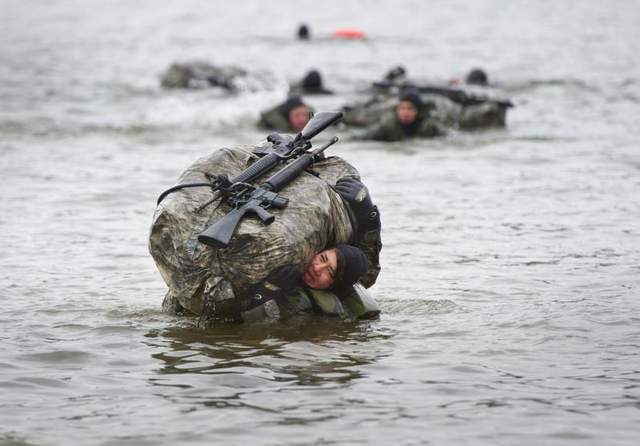 Let’s face it; there won’t be that many women who want to go to Ranger School anyway. My guess is that there will be a maximum nine or ten per class, which is about as many as Sapper School puts through. They’ll only graduate a few per class at most (after recycles). They’ll lose so much body fat in Mountains that you won’t even be able to tell them apart in the graduation photos.

This too my Ranger Brothers, shall pass.

How will Ranger School handle female integration, segregation and hygiene issues without having a negative impact on training?

Females have already integrated into field exercises with men in other courses. The closest comparison will be the five-day FTX at Sapper Leaders Course (longer than the FTX for Ranger School’s Benning Phase and the same length as both FTXs in Mountains). So the basic ground rules of how to accommodate women and men together in the field as far as segregation and integration are already in place, and have been long enough for that particular field manual to gather plenty of dust.

However, the field portion of Ranger School for Florida Phase is twice as long, and is obviously in a far more demanding environment. So how can women possibly cope with the demand of Florida Phase and feminine hygiene? The answer is simple. The same way females keep themselves clean on three week hikes up Kilimanjaro, three week canoe treks up the Amazon, three month walks on the Appalachian trail, or on year long solo round the world sailing trips: Anti-bacterial wet wipes and antibiotics. It’s 2014, not the middle ages.

An even better answer: who cares? They signed up for it, let them worry about how clean their nether-regions are. If they fall out or quit over it, they are no better and no worse then the male student who quits because it’s cold out. It’s just a school. You’re never any more than a few miles from a road in any phase. You get admin halts and medical checks every couple of days where they can hand out wet wipes and tampons just as easy as they hand out moleskin and bug juice. It’s not rocket science. The Ranger School physical will probably now include a blood test to measure tolerances to antibiotics to fend off vaginal infections (they probably already have this for the FTX at Sapper School). Box ticked. 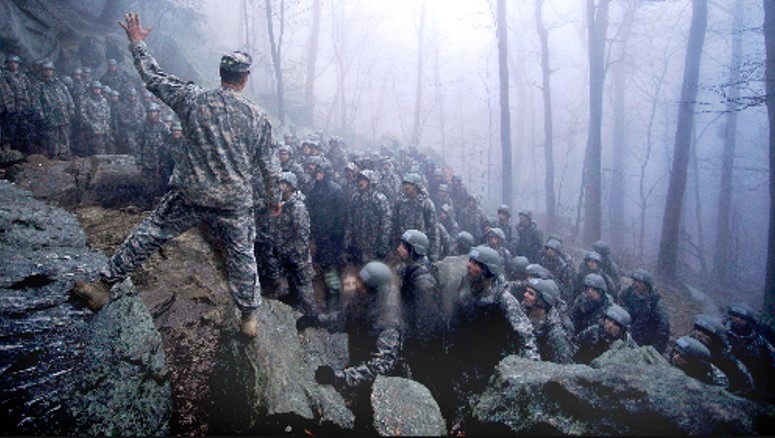 If some woman’s lady parts become a serious medical issue in the middle of nowhere, she can be airlifted and they can even use it as a training event.

As previously stated, they’ll drop a hell of a lot of body weight by the middle of Mountains. So much that it’s highly likely that they won’t have a menstrual cycle in Florida anyway; so it will be a pretty rare problem.

It certainly will have an impact on the way people look at the Tab, but it will also help hammer home the difference between the Tab and the Scroll. Something that the majority of the country and even the US Military still does not understand. This isn’t going to change that perception. But people with a brain will still know better.

RTB regularly recruits guys that have been released for standards (RFS) from the Regiment, as well as RASP washouts. The current senior leadership at RTB (as I type this) is made up of guys who have never spent a day in the 75th Ranger Regiment (or any other SOF unit) and only a very small percentage of their instructors have come from Regiment in comparison to the 70’s, 80’s and 90’s because Regiment has been so distant from Ranger School since 1993. A trend that started with the formation of 1/75 and 2/75 in 1974 and took a giant leap forward in the 90’s as we started working more closely with the guys at JSOC. Remember, Ranger School only stood up in 1951, but there have been Ranger units doing ‘special operations’ since the 1600’s.

As far as having an impact on the Scroll, nothing will ever lessen the 75th Ranger Regiments esprit de corps. Nothing will ever change the fact that Ranger School doesn’t make Rangers and hasn’t since the Korean War. Only the graduation of RASP and service in Regiment does.

There is nothing that will take away from the thousands of non-Tabbed Rangers that deployed to combat, and in some cases even made the ultimate sacrifice. I’d love to see anyone stand toe-to-toe with a 19-year-old PFC with “stereo Scrolls” and a CIB and tell them their service is lessened because women are now attending Ranger School. Oh to be a fly on the wall for that one…

Don’t get too worked up about women attending Ranger School. It’s really not that big of a deal.