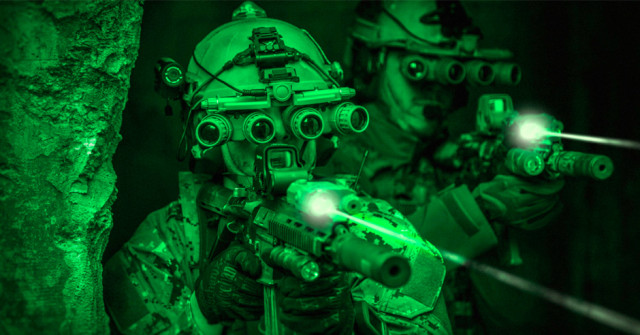 The day after the bold raid conducted by U.S. Special Operations forces, there was a lot of criticism about whether the objective of the raid, Abu Sayyaf and his captured wife, Umm Sayyaf, was worth the risk. With speculation swirling on primetime news channels due to a lack of understanding and information, the media is missing the point.

In a conversation between CNN Contributor Michael Weiss and Senior International Correspondent, Nick Paton Walsh, their conjecture did not highlight the effectiveness, precision, daring, or psychological effects the raid would have on the enemy moving forward. Instead, they decided to focus their discussion on “whether the juice was worth the squeeze,” and opined on whether the risk of the raid was worth the reward.[1] They also dwelled on the “what if” scenarios of a raid gone bad, like two Monday morning armchair quarterbacks squabbling over a game that played out differently in a Madden computer simulation rather than the game itself.

The importance of the raid executed Friday night extends far beyond the senior ISIL leader killed, his wife that is currently in detention, or the sensitive material that was lifted from the objective that could provide us further leads into their terrorist organization.[2]  The raid sent ISIL and the world a strong message from our senior leadership and our military:

Secretary of Defense Carter explained the target of the raid, Abu Sayyaf, as “involved in ISIL’s military operations and also helped direct the terrorist organization’s illicit oil, gas, and financial operations.”[4]  While the debate continues on whether Abu Sayyaf was worth the risk of the entire ground force that conducted the raid into Syria from Iraq, we, as outsiders looking in, should recognize we do not have all the answers, and maybe shouldn’t at this point.

Although some will argue for transparency and demand immediate press releases with full details on the operation, we need to recognize that there are many expert professionals on top of the situation and should trust their judgment that this raid will lead to something more than just another body count or sound byte for a news organization.  For once, let’s all see the situation as something bigger than ourselves.  Coming off of a weekend including Armed Forces Day, let’s also celebrate the skill and precision we have in our special operations arsenal and the men and women in our military that were able to pull off such an operation.

Months ago, the mainstream media criticized the administration and the military for doing nothing when ISIL swept across northwestern Iraq and was executing Christians, taking Yazidis as slaves, and stranding locals on Sinjar Mountain.  Now they criticize the same people for making tough decisions, putting people in harm’s way, and trying to pursue the enemy on their turf.  News flash: You can’t have it both ways.

Let’s give the national decision-makers and military the benefit of the doubt and trust that this is not just the end of the beginning for ISIL (aside from the whole Ramadi situation of course), but rather the beginning of the end of their sanctuary in the eastern part of Syria.  To those in the Special Operations community: “Stay thirsty my friends.”  Sleep tight Abu Bakr, the next hellfire missile or spinning rotor blades carrying a US military equivalent of a can of whoop-ass might just be meant for you.