HomeCultureDave Petraeus, Chris Kyle, and… Me? When Soldiers Lie 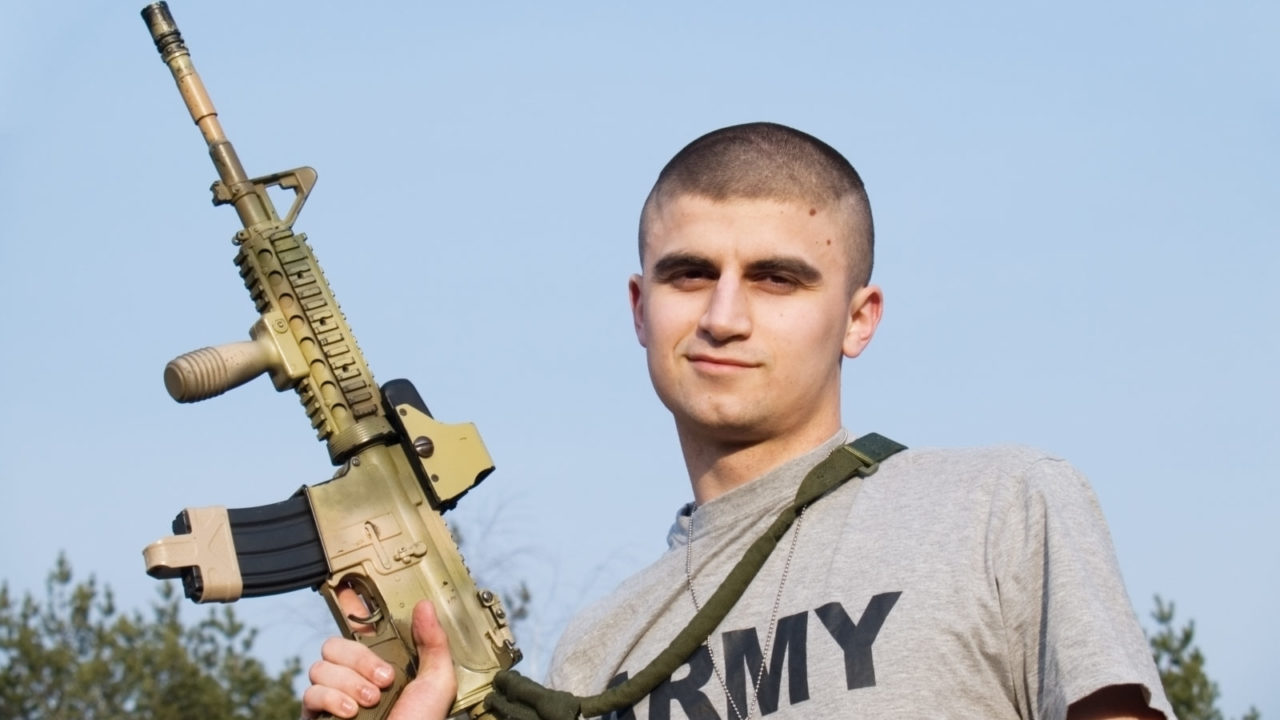 This article was originally published on March 6, 2015, at www.christopherpaulmeyer.com.

This is a tough one for me to write.

Liars have always been high-value targets to the media.  But there have rarely been this many high-profile ones caught lying all at the same time.

Brian Williams told a whopper. There’s a debate over whether Bill O’Reilly did. Robert McDonald technically said one. No one likes to admit Chris Kyle did. And now, some people are gleeful that David Petraeus did. (I’m holding back on Jen Psaki, Marie Harf, and Josh Earnest examples here. And Hillary Clinton is her own category.)

The Bible says, “Nothing is covered that shall not be revealed.” I guess that Luke knew Drudge and Media Matters were only a millennium or so away.

I’m careful about throwing stones here since I’m all too aware of my own skeletons. When I was in high school, I explained to a Marine recruiter that my brother had died in the 1983 Marine barracks bombing and the tragedy of it meant my parents would never let me join. The recruiter made a point to give me a memorial poster of the bombing.

Not only did my brother not die in the 1983 bombing, but I also didn’t even have a brother.

As a result, I never joined the Marines. And I never had to suffer the indignity of telling the recruiter I didn’t join because I was scared of my mom’s reaction. I tell that story now because I ended up joining the Army years later, during actual warfare, so I figure I’ve done my penance. Honestly, I’m not sure I’d feel as comfortable telling that story otherwise.

So, like all of us that I’ve told a whopper, I can empathize with those that, for reasons personal and/or shameful, found it easy to slip into an alternate reality for a sentence or two.

But are all lies really equal? Of course not. Endowing oneself with grizzled authenticity on David Letterman is a far cry from whispering to a middle school girlfriend that you have, in fact, been recruited by the NYPD to be a part of the real-life 21 Jump Street (I’m not saying I said that. I’m only saying I may have said that). Bottom line? The size of the bullhorn you use to broadcast your lie matters.

That said, the difference between a glorified actor such as Brian Williams trying to butch up his resume (while pleasantly confirming my worst opinions about the news media) is nowhere near as disturbing as the fallout when men of actual accomplishment lie.

I’m going to start with the easiest instance to forgive: VA Secretary Robert McDonald. This is a man who graduated from West Point and Ranger school, served in the 82nd Airborne Division, and then went on to fame and fortune as CEO of Proctor & Gamble. His resume needs no embellishment.

But, in what I assume was a desperate attempt to connect with a homeless vet while cameras were rolling, he decided to say that he, like the homeless vet, had served in “Special Forces.” It was a one-time slip of the tongue done for what we can only assume were empathetic reasons. McDonald stood to gain nothing from the statement except camaraderie with a homeless vet. All-in-all, not the most self-aggrandizing statement ever made.

Like Brian Williams, his career was already a multi-layer red velvet cake, he simply chose to dump imaginary frosting all over it. Yet, unlike Brian Williams, his lies didn’t reveal a yawning chasm of self-doubt.   They revealed a desire, as best as I can tell, to use his earned status to further an agenda. Let me digress for a moment…

A sergeant of mine returned from two, almost consecutive 18-month tours and started regaling the privates about driving through the Iraqi desert with an insurgent tied to the hood. ( It was laughable. If he’d actually done it, we knew he would never have admitted it. Especially after this.) Maybe his Combat Action Badge wasn’t as glamorous as he’d hoped. Maybe, as a new sergeant, he wanted to get a buzz going about him ( in the most amateurish way possible, admittedly).

Different story. I was in civilian clothes, waiting at O’Hare for a connecting flight when I saw a new fuzzy private in uniform. The kid must have been right out of basic training – no rank, no unit patch and he looked twelve. He was talking to a slightly older Navy guy, who was also in uniform. They were reminiscing about Afghanistan – when it was blatantly clear from the Private’s uniform that the government had never flown him over any body of water larger than the Mississippi. When the sailor asked the kid where he was stationed in AFG, the private claimed he’d been there so briefly, he couldn’t even remember. He’d been “bouncing around” all over the country, he said, blushing.

I shook my head, but I got it. It was embarrassing, in a time of war, to admit he hadn’t been anywhere yet. The sailor had treated him with respect and it made the kid feel like a brother-in-arms. It was too intoxicating for him to simply go along with it. Telling tall tales in the name of camaraderie probably goes back to the time Zork and Zink were huddled in an outcropping waiting for the first woolly mammoth to cross their path.

But Chris Kyle didn’t tell any of those.

His stories had more political implications. He’d punched Jesse Ventura. He’d shot looters near the Superdome. (Between Ray Nagin, Kyle, and, again, Brian Williams, Katrina may have generated more false stories and narratives than any event since Vietnam.)

Chris Kyle had something to say. Unfortunately, he wasn’t George Will. His talent wasn’t in writing columns and arguing political nuance. His feet were stuck to the mucky aftereffects of political decisions, not the idealistic intellectualism that preceded them.   So instead of penning intellectually forceful op-eds, Kyle, once-celebrated, used tall tales to say what he wanted. It was a sad lapse. His wife (or, rather, HarperCollins?) have paid a price for it.

If most liars end up paying for their lies, to my mind, Chris Kyle paid in advance with his legendary service. He built up a capital fund of honor and accomplishment. His lies will deservedly diminish it. Vices have a way of diminishing our heroes.

But as vices go, Kyle’s weren’t the worst.

This leaves us with a man who in some ways was Kyle’s opposite, David Petraeus.

Whereas Kyle was a trigger-puller, Petraeus was a general. Kyle was an enlisted troop, unrestrained by the vanilla speech and political inclinations of officers. The further upwards Petraeus fell — into the land of Q-Ratings and Large Bullhorns — the more he moderated his tone and rounded the edges of his speech and demeanor. More importantly, Kyle didn’t mishandle classified information.

Upon his sentencing, the legions of professional Petraeus-haters did not hold their fire on the general.

These are (ideologically, at least) the same guttersnipes that nipped at Petraeus’ heels since 2007. They are representative of the widening civil-military divide and, with all their schadenfreude, they will never accomplish an eighth of the positive historical significance embodied in Petraeus’ resume.

But that doesn’t mean they’re wrong.

Petraeus’ defenders have been quick to point out that there is a military-wide issue with over-classification and that, to our knowledge, no hostile element ever benefitted from Petraeus’ mishandling of the information.

But they ignore that Petraeus didn’t merely have a backpack full of classified documents in his possession. He knew he had them. He told his married mistress Paula Broadwell — an Army Reserve Major — about them. He gave them to her for a few days as background for her biography on him. And then, when questioned by the FBI, he denied everything. During his exit interview with the CIA, he swore he had no classified documents in his possession. There is a name for that. That’s called lying.

Now, the conspiracy theorist in me would love nothing more than to find out that Petraeus lied because the documents he had were classified memos about Benghazi that he had saved from the teeth of a shredder just as Hillary Clinton and Susan Rice prepared to be rid of the only smoking gun the American public would ever have on them.

But that wasn’t the case.

According to reports, the documents contained, among other things, code words and names of covert intelligence operatives. That is serious stuff, even if the information was old (presumably it wasn’t old when Petraeus acquired and initially mishandled it). He is getting off with a slap on the wrist (a $40,000 fine and two years probation in lieu of a year of jail time). How much his public image rehabilitates depends, to my mind, on why the hell he kept the stuff and why he lied about it. We don’t know that yet. I hope we will, though there aren’t any guarantees.

This is not a good day for me. David Petraeus was a central reason why I joined the Army. If I was in a more philosophical mood, I’d say something about the complexity of man. Instead, I’ll leave it at this. Heroes are no better or worse than they’ve ever been, but now they are more exposed to both the intended and unintended consequences of their celebrity. In other words, our heroes had better read Luke and adapt accordingly.