HomeCulture“Only Weaklings Can Get PTSD” 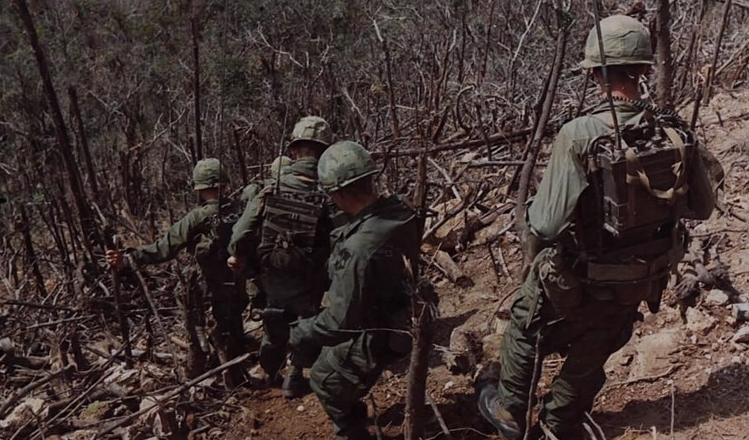 Let’s talk about wandering around, wondering about PTSD.

This will be my opinion only. I hope that it will draw you into the subject of PTSD in a way that causes you to look at it more objectively. At least less defensively or less “only weaklings can get PTSD.”

PTSD has become a very common word today. It says to some sadness and to others crazy. Others have no idea what PTSD is all about and don’t care because they have their own problems.

I have made it a personal goal to understand PTSD since 1978. A friend–no, an acquaintance– convinced me to go to a “rap session” (I hated that term and still do) with Vietnam vets, conducted by the VA.

It was designed to help relieve some pressure felt by combat vets. It opened my eyes immediately but my mind fought tooth and nail to give it a real legitimacy. I did continue to go because several of us would go out and raise hell after the meeting. I had united with several men that spoke my language. To most Vietnam vets talking about our “losing” effort was difficult at best, especially with people that acted as the enemy toward us. Keep in mind we fought a war and then came home to a sometimes-hostile homeland… and we were outnumbered.

It was like the enemy moved to our neighborhood and they took on American faces. With hindsight, I can say it was difficult at best. I have been in a kill or be killed situation more than once. I had weapons and training and experience and second nature reactions. It was what we did, who we were, and how we survived I felt strong and well beyond capable but, I was afraid, an underlying fear. It was not one that took control of me but one that kept me edgy apprehensive tight. In reality that was a gift from the enemy and his desire to kill me. Sounds quite normal, doesn’t it?

Let me add something to our wartime experiences. We walked trails and crossed clearing countless times and made it without incident. But, we were very alert every moment waiting for the bang! Can that have affected someone negatively for life even if they were not shot at or stepped on a booby trap or struck by a snake or attacked by a tiger or overwhelmed by hornets or, or? Could that fester into PTSD?

How about riding inside of an AMTRAC with hundreds of gallons of gasoline under your feet and driving it out of a LSD miles off shore and headed for the beach packed in there like too many eggs in a crate heading for a hot zone where some of your buddies had hit the shit. The engine sound was deafening and it felt like you were running out of oxygen and your legs had a mind of their own. You finally arrive on the beach and the ramp drops. You rush out to take a defensive position expecting RPGs and automatic weapons fire. It doesn’t happen so you mount the track and make yourself an open moving target all the while waiting for the driver to hit a 500-pound bomb used as a mine, hoping that if it does you get blown out into the water but not so far that it is over your head and you have to fight not to drown.

But that would be better than getting soaked in flaming gasoline and landing on the beach. You know that if that happens the enemy is waiting to open up on any survivors. At best you will end up in Hanoi. You know this and it is in your mind all of the time, but shoved to the rear of your over-stressed brain. You see red smoke about a click north of you and know that it is your buddies calling for help or air strikes.

Hopefully after you dismount and move toward your buddies you won’t get ambushed because the enemy knows that your coming and you are moving at a quick pace. Or that an F-4 doesn’t mistake you for the NVA. You arrive and all combat is over. Your fellow Marines repelled the attack and only one was KIA and two WIA. They haven’t had time to retrieve the dead Marine so you go out and bring him back inside the perimeter and cover him with a poncho and realize you don’t know him. He must be a new guy. You think, man he was shot to shit!

I was wondering if one could get PTSD from those kinds of experiences. How could one? They never even fired their weapon, never had an NVA wail a grenade at them. Hell, they never even saw a live NVA. How could they get this thing called PTSD? Just wondering.

One day I was walking from the wire to the headquarters bunker inside of the wire when we were hit by a barrage of artillery fire from the north and rockets from the south. I was out in the open with no cover and had to go to the prone position. I flapped my arms and legs like a child trying to make a snow angel in the sandy soil. Hopefully, that would give me some cover! I could hear forearm-sized shrapnel cutting through the air! I was terrified! Every time I lifted my head to look for a fighting hole or some cover to run to and more rounds would impact! Several were close enough that I heard them cutting through the air and feeling the explosion before I heard the explosion!

I was terrified! I felt helpless, unarmed, defenseless, alone, and about to be dead. I continued my frantic snow angel flailing. Then I had the strangest thought. If I don’t get killed I hope I don’t shit myself. I was going to stop at the head on the way to the command bunker before I got sidetracked. I could tell that Charles had an FO out on the water or in a tree line south of us because he had us tightly bracketed and was methodically walking rounds around our area. Finally, a lull, and I made a hard run to a fighting hole and landed on another Marine tucked in and hugging the north side of the hole because that was the direction the rounds were now coming from. We became best buds immediately on my arrival. He was alone until then so was I…no one wants to die alone far from home.

Hopefully, if the hole didn’t take a direct hit the shrapnel would pass over the hole and if it did enter the hole it would impact the south side of the hole. The rockets from the south quit the arty didn’t. After it ended me and the other Marine smiled looked at each other and headed our separate ways. He went to the headquarters tent, and me to the closest shitter. I wonder if he could get PTSD from that. He never left the wire and didn’t have to do bunker guard, patrols, ambush duty, listening post or reaction duty. He was just a pogue. How could a non infantry or field artillery get PTSD?  I think maybe now I know.

I have chosen to look at all vets as someone that served honorably and made a difference. I want us to realize there is a hierarchy in our group but it shouldn’t devalue any one of us. It does give us someone to admire a little more than ourselves but realize that he would save a place in the chow line for us even if were just an office pogue or a truck driver or a cook. I can assure you that if you were wounded and in need of blood you would take theirs. PTSD isn’t for weaklings.  Anyone could get it, and we should care about everyone who does, even if we don’t think they “deserve” it.