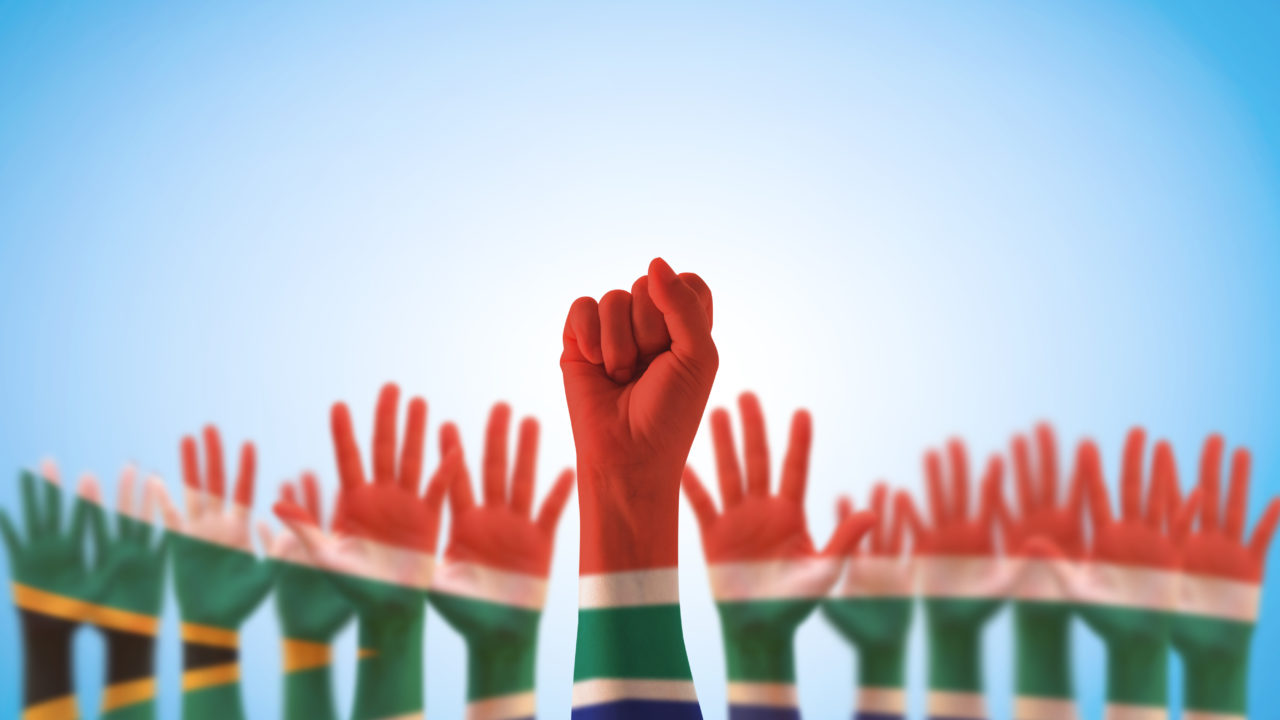 No mother wants their child killed, especially at the far-too-young-to-die-age of 29 years and 17 days. People magazine featured my son, Sgt. First Class Kristoffer Domeij. People reported, “A dedicated father to Mikajsa, 3, and Aaliyah, 17 months, he told friends this deployment would be his last ‘He wanted to be around for the birthdays,’ says friend Master Sgt. Steven Stalker.’”

Killed on his fourteenth deployment, Time magazine expressed my sentiments, “ . . . if anyone was supposed to make it back, it was him.” As a Gold Star mother, I mourn for other mothers who also expected their beloved children to return home and to celebrate many birthdays before entering into God’s presence. I mourn for those black mothers who face the loss of their child, plus the added indignity of their sons and daughters not being respected or honored fully as a person of value:

The circumstances vastly differ surrounding the killings of far too many black men and women, and my blonde-haired, blue-eyed firstborn, with Swedish and Cherokee blood that coursed through his veins. Yet, all their deaths sparked an international media blitz. Our children’s highly-publicized stories tapped into unhealed wounds buried within the hearts of the enraged and embittered—those filled with hatred toward ‘others.’

President Clinton—one man with a certain expertise in seeking private and public forgiveness from his family, the nation and his enemies—stated on the 35th Anniversary of Martin Luther King’s “I Have A Dream” speech: “The anger, the resentment, the bitterness, the desire for recrimination against people you believe have wronged you, they harden the heart and deaden the spirit and lead to self-inflicted wounds. And so, it is important that we are able to forgive those we believe have wronged us even as we ask for forgiveness from people we have wronged. And I heard that first—first in the civil rights movement. Love thy neighbor as thyself.”

In Bill Clinton’s book, My Life, Clinton asked Nelson Mandela, “I know you did a great thing in inviting your jailers to your inauguration, but didn’t you really hate those who imprisoned you?”

“Of course I did, for many years. They took the best years of my life. They abused me physically and mentally. I didn’t get to see my children grow up. I hated them. Then one day when I was working in the quarry, hammering the rocks, I realized that they had already taken everything from me except my mind and my heart. Those they could not take without my permission. I decided not to give them away.” Then Nelson Mandela looked at Bill Clinton, smiled and said, ‘And neither should you.’

Clinton: “When you were walking out of prison for the last time, didn’t you feel the hatred rise up in you again?”

“Yes,” Mandela replied. “For a moment I did. Then I thought to myself. ‘They have had me for twenty-seven years. If I keep hating them, they will still have me.’ I wanted to be free, and so I let it go.” 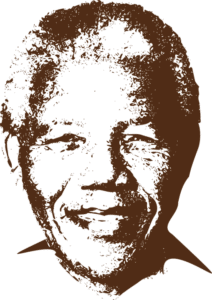 In 1950, UNESCO issued a statement asserting that all humans belong to the same species and that “race” is not a biological reality but a myth. Yet racial prejudice and intolerance based on the myth of race remains deeply ingrained in Western society, Robert Sussman’s, The Myth of Race: The Troubling Persistence of an Unscientific Idea examined the persistent, false, and poisonous idea, and explores how race emerged as a social construct from early biblical justifications to the pseudoscientific studies of today. Biological races do not exist―and never have. This view shared by scientists, anthropologists, geneticists, sociologists, and psychologists contrasts with ingrained, cultural prejudices about—‘others.’

Another book written between 900–700 BCE supports these scientific conclusions. The first chapter of Genesis states, “Then God said, “Let Us make man in Our image, according to Our likeness.” The Hebrew word for man is ‘adam, meaning man, mankind, or human being. No matter one’s ethnicity or skin color, God imbued all human beings with dignity and value. The first story in the book of origins wasn’t about race, or the color of one’s skin, or about elevating some groups and excluding ‘others’ as black sheep outcasts.

Genesis 1 tells everyone’s story about every person’s God-breathed dignity and value. God’s view of respecting, loving and forgiving mankind is always countercultural and counterintuitive. He even exchanged his Son’s life for every person to offer us freedom from fear and hatred and to give birth to a newborn liberty to bridge the chasms that divide so we can take up the cause of all the black sheep—the least of these.

On January 1, 1863, President Abraham Lincoln took action to heal a nation divided by signing the Emancipation Proclamation—an act of mercy and justice. The freedom granted in the Emancipation Proclamation would only come to the slaves if the Union won the war. Today the war in our hearts still divides our country. My fifth great uncle, President Lincoln reflected, “Do I not destroy my enemies when I make them my friends?”

Born in the Xhosa tribe, Nelson Mandela destroyed his enemies by making them his friends. Mandela’s father named him Rolihlahla, meaning ‘pulling the branch of a tree,’ which colloquially meant ‘troublemaker.’ Mandela understood the Xhosa principle and spiritual philosophy of ‘Ubuntu.’ Desmond Tutu wrote in No Future Without Forgiveness, “Ubuntu is very difficult to render into a Western language. It speaks of the very essence of being human. When we want to give high praise to someone we say, ‘Yu, u nobunto’; ‘Hey so-and-so has ubuntu.’ Then you are generous, you are hospitable, you are friendly and caring and compassionate. You share what you have. It is to say, ‘My humanity is inextricably bound up in yours.’ We belong in a bundle of life.”

The oneness of Ubuntu motivated Mandela to pursue remembrance, rather than revenge. Past atrocities, crimes, and injustices were investigated to learn from the past. Through the Truth and Reconciliation Commission the oppressors fully confessed the facts of their offensive and gruesome crimes to those they oppressed. The oppressed vented their grievances. Through confession, forgiveness, and reconciliation, restorative justice was offered—amnesty to those who confessed their crimes.

While self-sufficient, white Americans ignored and stayed silent about the racist ways in which blacks are treated as subhuman, Desmond Tutu redefined ‘subhuman’: “A self-sufficient human being is subhuman. I have gifts that you do not have, so consequently, I am unique—you have gifts that I do not have, so you are unique. God has made us so that we will need each other. We are made for a delicate network of interdependence. You cannot be human on your own. You are human through relationship. I am because we are. We are all one. Remember the magic of who you are. Live to your highest potential and see the potential in others to celebrate the wonder of our diversity.”

Mandela, a man imprisoned for 27 years, refused to become cynical. He believed that conflict was temporary and that strength can overcome strife. Will we take up the difficult challenge that Mandela offered in his Presidential inaugural speech to “enter into a covenant that we shall build the society in which all . . . both black and white, will be able to walk tall, without any fear in their hearts, assured of their inalienable right to human dignity?”

Born in India, Ravi Zacharias wrote in his book, The Grand Weaver: How God Shapes Us Through the Events of Our Lives, “At the end of your life one of three things will happen to your heart: it will grow hard, it will be broken, or it will be tender. Nobody escapes. Your heart will become coarse and desensitized, be crushed under the weight of disappointment, or be tender by that which makes the heart of God tender as well. God’s heart is a caring heart.”

Will we choose to live out Ubuntu expressed by the daily actions and attitudes of a caring heart as prescribed in Micah 6:8? God’s already made it plain how to live, what to do, what God is looking for in men and women. It’s quite simple: Do what is fair and just to your neighbor; be compassionate and loyal in your love.

Resources: Put Ubuntu and a Caring Heart into Practice

The National Museum of African American History and Culture—Talking About Race: An online portal to help families, individuals, and communities talk about racism and commit to being antiracist.

No Future Without Forgiveness, Desmond Tutu: Archbishop Desmond Tutu reflects on true reconciliation that cannot be achieved by denying the past. Rather than repeat platitudes about forgiveness, he presents a bold spirituality that recognizes the horrors people can inflict upon one another. Tutu shows readers how to move forward with honesty and compassion to build a newer and more humane world.

The Book of Forgiving: The Fourfold Path for Healing Ourselves and Our World, Desmond Tutu