HomeCultureStop Thanking Me for My Service 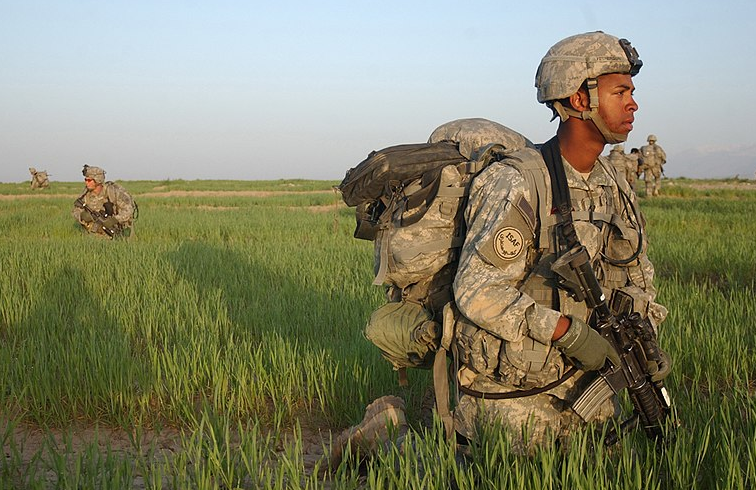 The problem with this?

Well, none, really. It doesn’t hurt anyone; it is done with the best of intentions, and it helps people show they appreciate the service of others. However, it is odd we don’t do this for other occupations. We don’t thank teachers very often, save a Christmas gift and an end-of-the-year token. We don’t thank our sanitation workers, who without we would really be stuck. We don’t thank the people who work on our roads, our doctors, our judges, etc. We seem to only thank service members, and maybe a first responder here and there.

Also, and maybe more importantly, it is really not necessary to thank us.  First, we volunteered for our chosen profession, as the saying goes.  In other words, we weren’t forced into serving, we wanted to do this job. Secondly, for most of us, it was an honor – not because we served our nation, but because we got to work with the best people we have ever met in our lives. We got to see the best of this nation every day – they were right next to us. How cool is that? Lastly, our jobs, overall, are pretty awesome. While not everyone gets to fly in different aircraft, jump out of them and shoot weapons, everyone’s experience in the service has a unique flavor that significantly contributes to our growth as people and as citizens. Even if our job in the service is less than optimal, we are still better people for having experienced it and appreciating a part of life 99% of the population will never know.

None of that sounds like something we should be thanked for.

Better yet – do you really want to thank your service men and women? Then stop behaving so poorly to each other. Stop the partisan attacks on one another and the ideological vitriol pointed both ways.  Stop being Republicans or Democrats, Homosexuals or Straights, Blacks or Whites, Reds or Blues, and start being Americans. Let’s stop identifying far right and far left, and start looking to see where we are closer in opinion than media, social or otherwise, would have us believe.

I get it – that is what America is – we have the freedom to be who we want. You do. No doubt. Everyone should have that freedom. However, when that freedom elevates our own interests and demeans others with loathing and hate – it seems bad for all of us. We know that a house divided will fall. Do we really believe that everyone who doesn’t agree with us is either a Nazi or a Snowflake? Do we really think either side wants to destroy the nation? Can’t we come to some compromise on most of what we disagree on? I have faith that Americans can – we have figured it out for over 200 years.

Let’s stop using our politicians and celebrities as role models. Let’s start treating each other with the respect every human deserves, whether we agree with their ideas or not. Can’t we separate the actor from the actions? Is everyone who doesn’t agree with you stupid? As importantly, just because you might think they are, doesn’t mean you need to share that information. In fact, just because you have a platform on Twitter, Facebook, and Instagram, doesn’t mean anyone cares what your opinion happens to be on any given subject.

Americans, you want to thank us for our service? Be the America we were proud to serve – one with warts and all, but one where each of us loved our country and were proud to be Americans.  That does not mean you have to be proud of everything America does, but overall, are more proud to be part of this country than not. Those of us that have served and have seen what the rest of the world has to offer – not from the window of a hotel in Paris, or backpacking through Norway, but from the streets of the Middle East, the neighborhoods of Africa and the poorest parts of the Caribbean and Pacific.

Want to thank us for our service? Act like you care – not about yourselves or your opinions, but about your fellow Americans and the nation that makes great things possible. We aren’t perfect – far from it – and we need to get better in a bunch of ways – but we are far better than most places and we should feel grateful for that fact. Not complacent, but while we are making America better (not great again, or better than everywhere else, just better than we were) let’s acknowledge that we are fortunate to be in a nation where our capacity has not yet been reached, and the sky is the limit for the future.

Want to thank us for our service? Stop saying it the way you say, “bless you” and “how are you”. While we are sure your intent is good, and you mean it, it starts to become an empty saying that at best makes us uncomfortable and at worst seems insincere. Thank us with your behavior. Thank us with your patriotism. Thank us with your love of all American Citizens even the ones you disagree with on an issue.

Thank us by being good Americans.

Check out another writer’s thoughts on this exact topic, here. 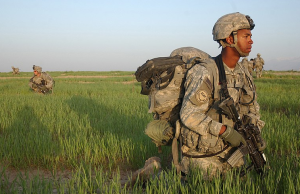 Specialist James D. Fetherson takes a knee and pulls security with his fellow platoon members during a pause in their mission April 29. Fetherson and the rest of his company, Company B, 2nd Battalion, 508th Parachute Infantry Regiment, 4th Brigade Combat Team, 82nd Airborne Division, conducted a dismounted combat patrol in the Andar District of Ghazni Province, Afghanistan, from April 28 to May 3, 2007. Source.

This first appeared in The Havok Journal on October 9, 2020.

LTC (Ret) J.C. Glick is a leadership consultant, Partner, and co-Founder of Prodromos Leadership Team, who advises at the strategic, operational, team, and individual levels. He has a strong background in leadership development, executive personnel assessment and selection, strategy, coaching, counseling, and developing innovative solutions to complex problems.

JC served in the U.S. Army as an infantry officer for 20 years, primarily in special operations and special missions units with more than 11 combat tours. Since retiring from the military, JC has brought his innovative and unconventional thoughts on education, leadership, and resiliency into the private sector, consulting with Fortune 500 companies, the NFL, NBA, NCAA and professional sports teams including the Denver Broncos, Carolina Panthers, and the Charlotte Hornets.

He recently wrote and published the thought-provoking, groundbreaking book titled “A Light in the Darkness: Leadership Development for the Unknown”, which has been implemented by major corporations including the NFL and Microsoft and endorsed by leaders in the field of education, sports, and entertainment, business and the military.

JC is considered a thought leader in adaptive and proactive programs of instruction centered on the development of leadership behaviors and values suited to dynamic environments and situations of ambiguity and adversity. He recently developed the “Prodromos Developmental Model”, a capacity-building system designed to develop people and leaders for the future, which is outlined in his book. His methods have been featured in Forbes Magazine and the Huffington Post and his work has been referenced  in Forbes, Inc., and Entrepreneur.

JC has earned 3 Bronze Stars, 3 Meritorious Service Medals, a Joint Commendation Medal, and the Order of Saint Maurice. He is a Liberty Fellow, a part of The Aspen Institute and the Aspen Global Leadership Network.