HomeNationPlease, Thank Those Who Gave All, Not Me 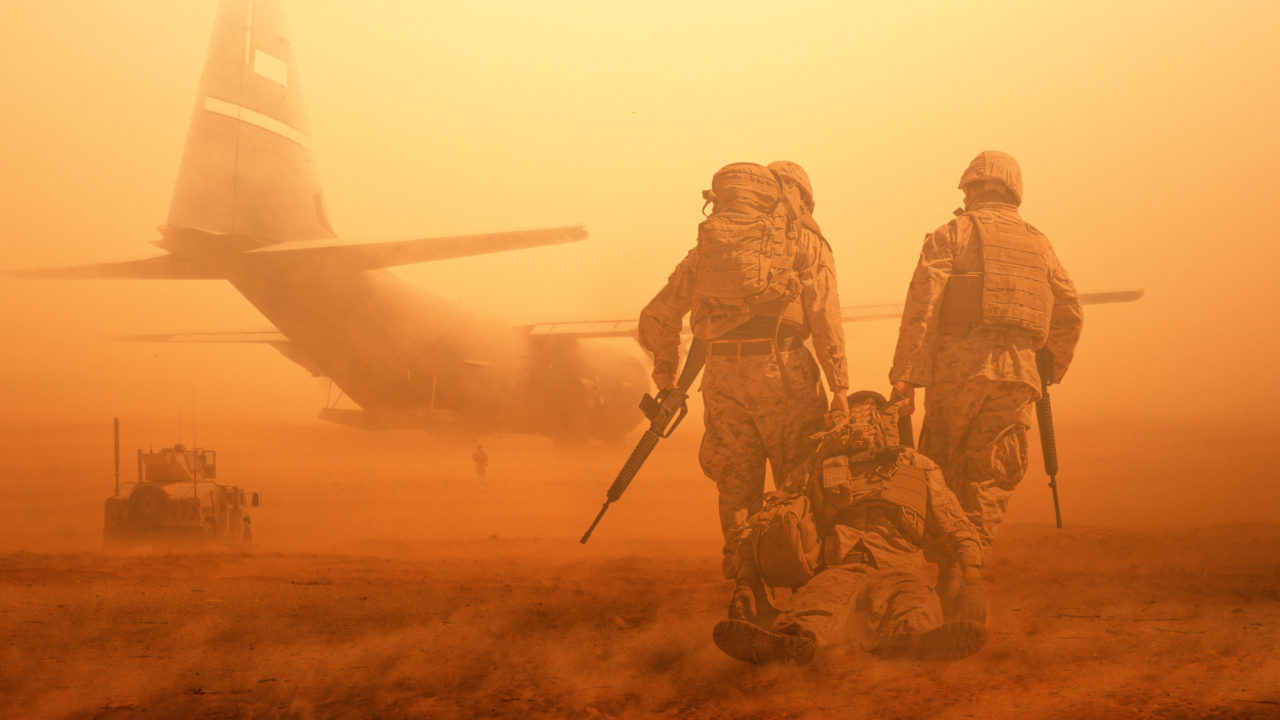 I was too surprised to react with anything more than a nod and punch on the gas pedal to get inside. The thanks rubbed me wrong. That MP may have just yesterday returned from a combat zone or may tomorrow be deployed to a combat zone, perhaps to die there. He has no obligation to thank an old soldier like me who regards his own time in combat zones as a privilege and gift that should not be confused as a duty or sacrifice to be thanked for.

My years of military “service” gave me the opportunity and challenge of being a Green Beret and deploying on adventures all over the world, all the while getting paid good money for doing it. And now still in retirement—no longer “serving”—getting a nice little direct-deposit monthly stipend. Come to think of it, perhaps it is I who should be thanking that young gate MP whose very taxes today are paying for that stipend.

This past Memorial Day, and every Memorial Day, I can expect to hear the usual thank-you from friends and acquaintances and even the Lowe’s cashier who I show my retiree ID card for a ten percent military discount. The year-round discount itself is enough of an acknowledgment—please don’t also add the “Thank you for your service.” 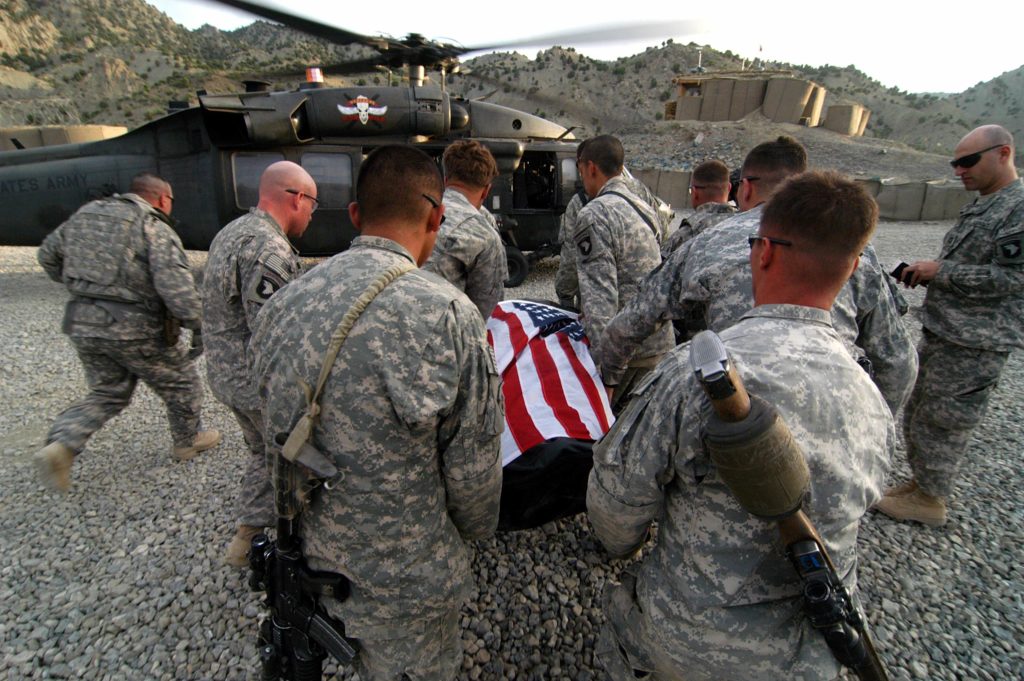 Especially not on Memorial Day. Memorial Day is our nation’s collective thank-you to those who died in their military service, to our fallen heroes. It is not for me or those like me who simply by overwhelmingly good odds and even better random good luck lived through our wars and came home unscathed. Those like me are alive, we get to watch the kids and grandkids and great-grandkids grow up. This day is for those who offered themselves (as all of us who serve do) but who lost to the odds, lost on the dice roll.

Here are some numbers we might remember on Memorial Day:

On Memorial Day, simply because of the proximity to these two present-day wars, it might be more natural to think first of those 7,000 who have died in Afghanistan and Iraq. After all, they are our sons and daughters and brothers and sisters and nephews and nieces and high school buddies and college chums—if only knowing them not by name or face but by a couple of degrees removed, as a relative or friend of a friend of a friend. 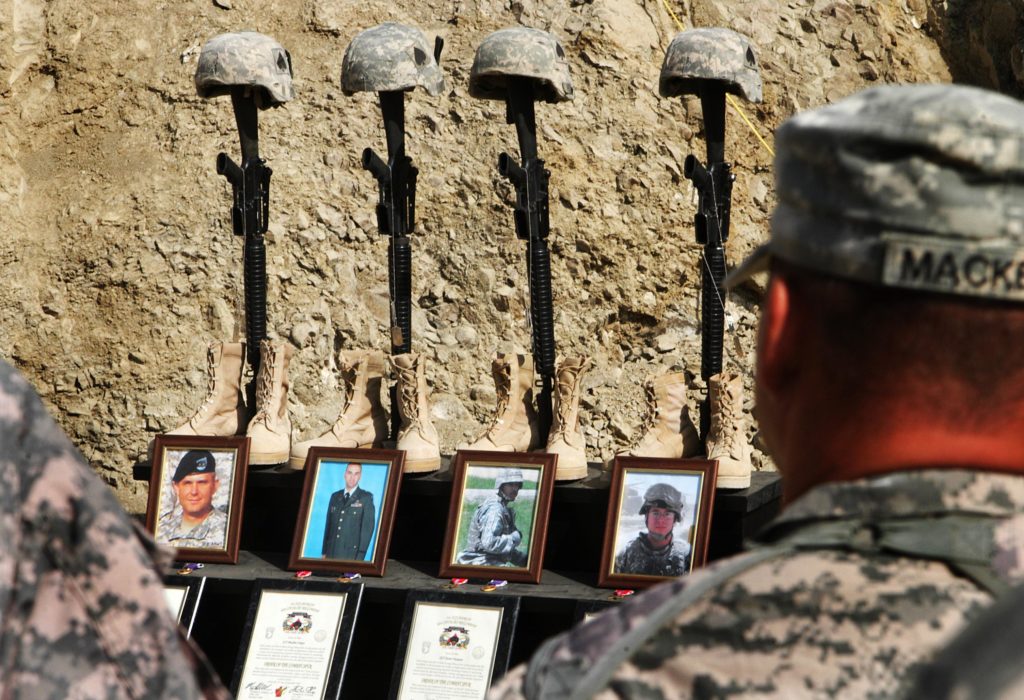 also have a special remembrance for those 58,000 from Vietnam, who many of us are old enough to remember personally as family or friends. And perhaps we should even recognize those Vietnam veterans still living, if for no other reason but to counter the undeserved scorn heaped on many of them upon returning from the war, (yes, they were even spat upon). A thanks today acknowledges the wrongness of disrespecting and scorning soldiers for serving honorably in a war that they did not start, had no say in its horrible execution, and could not be held accountable for its loss?

In its essence, Memorial Day is our country’s honoring of those who accepted the obligation asked of them, no matter the war, but were unfortunate to be that small percentage who did not return home. A part of me also can’t help but acknowledge those who have returned from Iraq and Afghanistan with severe physical wounds. Limbs lost, eyesight gone, bodies deformed and scarred with terrible burns, disabling brain trauma.

I made it home. Alive and well. Just as have the vast majority 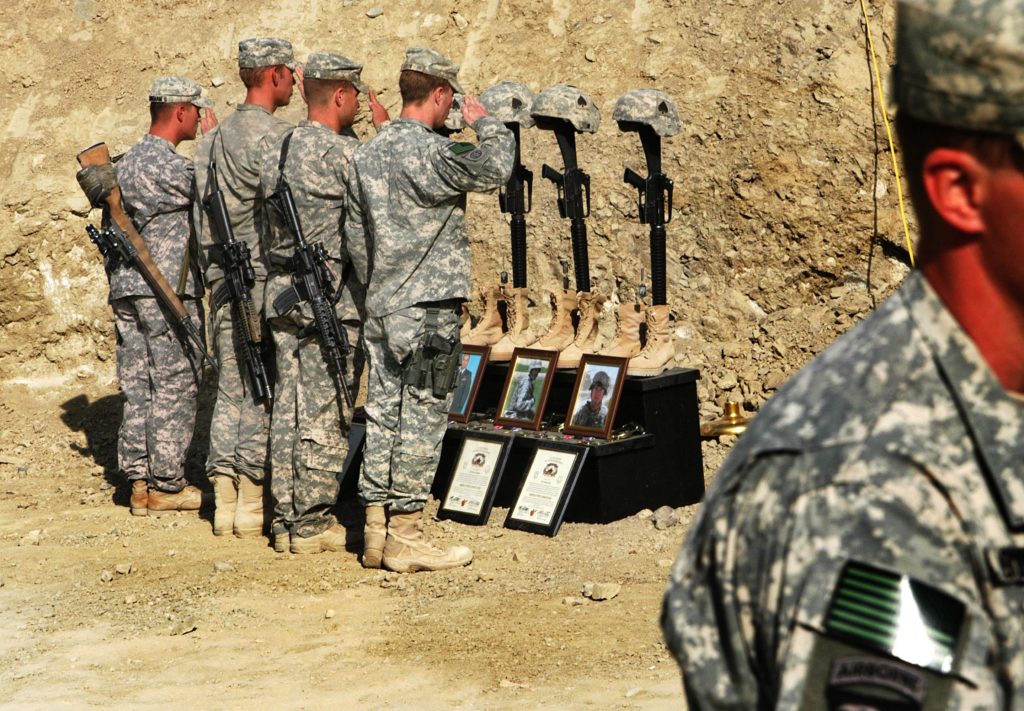 of veterans and those still on duty. And for the majority of us, veterans and serving, our time and experience in the military has been a net positive, from challenges accepted to knowledge gained to self-respect and worth earned to comradeship and friendships established. To us it is not a matter of thumping our own chests and giving thanks to ourselves; rather, we are like that young MP on the gate, humbled and privileged to give that thanks to others.

Yes, on Memorial Day we can light our barbecues, devour
our hotdogs, dive into our pools, and share a brew or two—there is nothing wrong with any of that. Just as long as we remember that this day is a tribute, a remembrance for our fallen heroes who cannot join us.

When we toast our brews, it is to them that we say, “Thank you for your service.”

Paul spent more than three years in Afghanistan. A review of his groundbreaking and politically incorrect novel of that war, Tattoo Zoo, can be found here. (Photos by the author.)