HomeCultureFor Veterans, PTSD Isn’t the Only Form of Anxiety 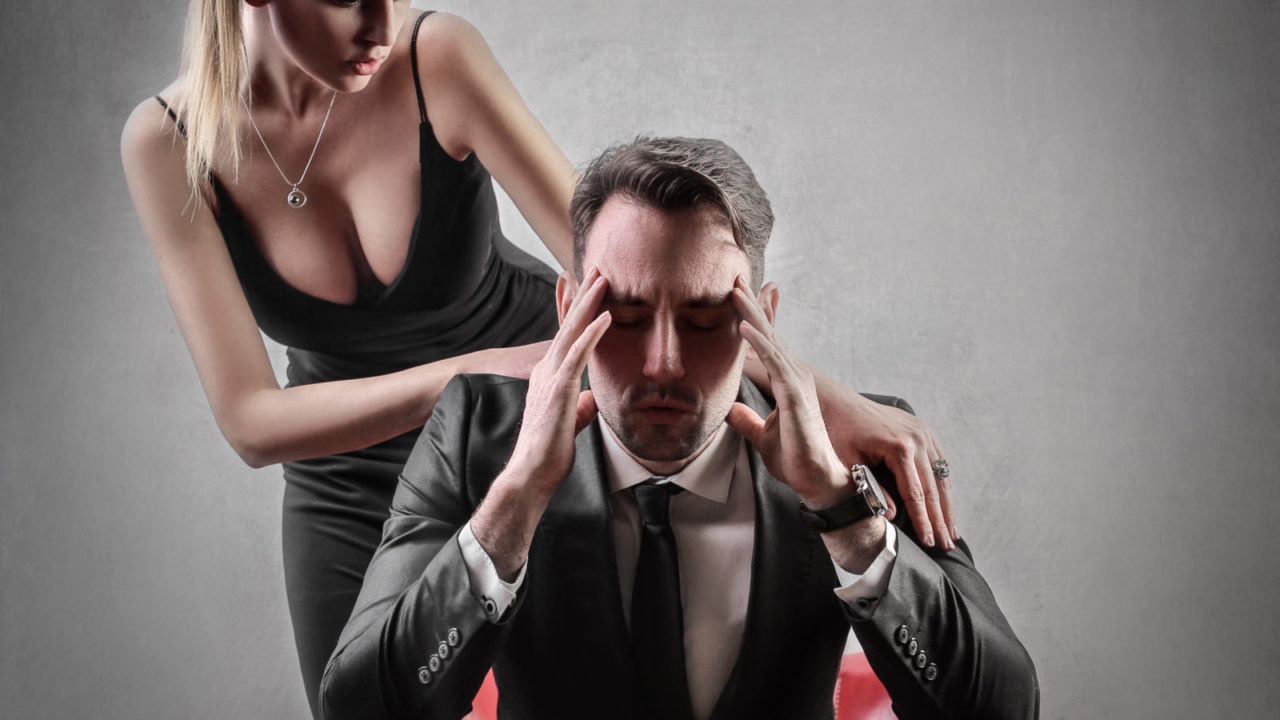 So the next appointment was to see a nutritionist. They gave me an initial list of what I needed to be eating based on my RH and I kept an eating log for two weeks so they could correlate the shaking to what I was eating and further refine my needed diet (which is basically complex proteins every 2 hours).

I was on this new diet for just about a year when Cora and I took a trip to New Orleans just before Mardi Gras. It was our first trip by ourselves since our daughters were born. Admittedly, it was our first real vacation by ourselves at all. After Cora was treated for cancer, she rightfully demanded an adult vacation and after I realized how wrong I was for not taking her already, I basically said “Yes Ma’am” and booked us a room in the French Quarter for a week.

Cora and I like to eat, so we mostly went for the Cajun food. Everything was amazing. The food was everything we hoped for and the city was amazing to walk around in. Cora even got to see where Anne Rice wrote some of her favorite horror novels. Since there were so many restaurants in the French Quarter, it was easy to make sure I was eating for 2 hours as prescribed by my nutritionist. Because of all the sights and places that we wanted to see, we lost track of the time and I started eating every 3-4 hours.

After several days of enjoying myself, eating great food, and spending alone time with Cora, I started feeling that constant tension I had in my shoulders lessen, and then I started noticing more of my body feeling more loose. I was starting to relax more than I had in years. I didn’t even realize I was tense.

And then the shaking stopped.

My hands didn’t shake almost the entire time we were in New Orleans, and they didn’t shake for several days after we returned to normal life. After we got back, I remember that I could actually feel myself tensing back up. I started to question if the New Orleans diet was the factor in the fact I was calmer, or if it was the stress causing me to shake. When I had been first diagnosed with RH, Cora made sure that I had a decent breakfast and lunch every morning. I could no longer argue with her. The Monsters were no good for me and I was going to be no good to her or my kids if I was constantly shaking.

I scheduled an appointment and went back to my doctor. I told him about the week we had and about how I didn’t shake the whole time. The doctor told me that I may have a General Anxiety Disorder and asked me if I would be willing to try to take some medication for it and see a mental health professional.

I didn’t want to. Again, my thoughts were along the lines that I wasn’t deserving of special attention. I’m just a support guy and I’ve seen very little in my time, so the doctor’s time should go to people that need it. I told the doctor I didn’t want to take drugs, and he asked me another question that was caveated with “I have to ask you this because I need to know.”   He had his pen and clipboard out at this point and asked me if I ever had any thoughts of hurting myself.

Honestly, at this point I thought “Am I at the point where I really have to be asked this question?”
I told him, no, and he asked me why I wouldn’t want to take anxiety medicine. I told him because I was worried about my clearance, and he basically explained to me that my line of thinking was rubbish and that plenty of Active Duty folks were on medicine. He said I should try it for 6 months and if I didn’t notice a difference, I could stop taking it. He prescribed me Lexapro and asked if I would sit with a psychiatrist. I reluctantly agreed and started taking the Lexapro and seeing the doctor.

Putting aside my preconceived notions about psychiatric medication may have been one of the best decisions I have ever made.

That was about a year ago, and my day-to-day life has drastically changed. My marriage is better, my relationship with my kids is better and my family has all seen a big change in me. My physical health is also much better. It turns out that I did in fact have a problem with dealing with anxiety, even when I thought my life was great. Before I started the treatment for anxiety, I stressed and worried about more things than I care to admit. My friends and family knew I was anxious and worried about things I couldn’t control but knew it was just a part of who I was, and I chalked it up to one of the traits that made me productive.

Before this, I thought that if you were in the military the only form of stress that you could have was PTSD. But now I realize that stress comes in multiple ways and it comes to more than just those who have been through the worst of situations. I have been in for over 15 years now and I have put every fiber of my being into being a good support guy, just like my brothers and sisters who work beside me. And while it’s hard to stop and think about it, the fact is, it can be a highly stressful environment.

It’s okay to say you’re stressed and it’s okay to ask for help if you can’t control the stress. The first step for me was just realizing I was actually stressed. So if you’re in that position, go get help. I did and again, it was one of the best choices I have ever made. While anxiety medicine may not be the right answer for everyone, the first step is just to stop and ask yourself if you need help. If you do, there is no shame is having stress not related to PTSD.