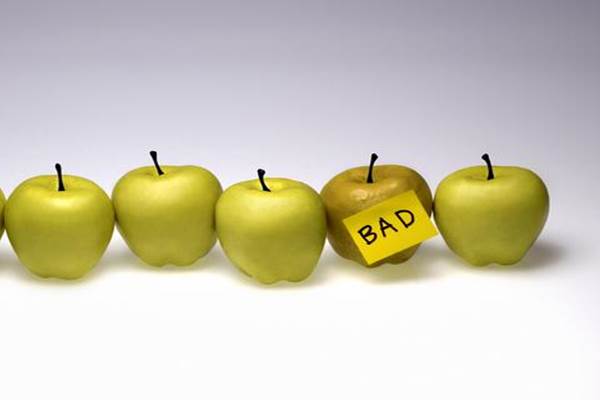 This article first appeared in The Havok Journal on August 21, 2017.

How could they be so stupid? I thought to myself, and emitted an audible groan as I took in the image. “Shock-the-senses offensive” would be too benign a description of my initial reaction. I had been lost in the mindless reverie that comes with sipping my morning coffee and scrolling through my social media accounts. And then I opened Instagram and happened upon a shocking meme posted by the Newburgh Patrolmen’s Benevolent Association account that I follow.

The meme was topped by an image of the Confederate battle flag, “the stars and bars,” underneath text reading “This does not offend me.”

Directly below that was a photograph of what appears to be two black men with “sagging pants” — the style of low-riding trousers and exposed boxers made popular by urban youth — and the words: “This Bullsh_t does!” I’m cringing as I type this, the recollection still too fresh and raw in my mind’s eye. I showed it to my wife, who served as Newburgh’s Assistant Corporation Counsel when we met, and I was the FBI Supervisory Senior Resident Agent responsible for the New York territories that included Newburgh, New York.

“Whew! That surely isn’t too smart. I wonder who would’ve made the decision to post that?” she mused.

I shook my head numbly. I had worked closely between 2008 and 2012 with the City of Newburgh Police Department. Members of their detective bureau had been assigned to my federal safe streets task force. There were some damn fine men and women making up its officer ranks. It was a diverse force, as well. And though its leadership — in particular its chief of department position — had fallen prey to a veritable revolving door of recent, the department had made some huge strides in binding some long festering wounds in the community of color that it was sworn to protect and serve.

The local police unions immediately got out in front of this, as best they could, with public statements denouncing “an individual PBA member” who had made the offensive post. They gamely attempted to clean up the mess that the self-inflicted wound had become. The local Times Herald-Record, often critical of Newburgh’s police department, made the story front page news today, and interviewed a number of African-American city council members for an expected reaction.

Again, I shake my head at the utter insensitivity and tone-deaf approach in the PBA’s social media effort here. With the memories of the recent Charlottesville rally by neo-Nazis, Alt-Right ideologues, and White Supremacists still so raw and visceral for so many of us, again, what were they thinking? And while the leadership of the police unions in Newburgh, as well as the Newburgh City Manager have all distanced themselves from this one miscreant who apparently was able to post to the PBA account, is it enough?

Speaking in condemnatory tones is important. President Trump was recently criticized by all sides of the partisan ideological divide, for his failure to directly name the hate groups in his initial response to the violence in Virginia. I would have to imagine that whomever actually uploaded the vile meme to Instagram will assuredly face some type of censure. Let the appropriate in-house investigation run its course. And then, let’s all stipulate that this was wrong. Period. Full stop.

But, then, let’s also be cautious in how we tend to (over)react. Yes, breathless hyperventilation occurs quite frequently in media circles these days. [Full Disclosure: I serve as a Law Enforcement Analyst for CNN and write opinion pieces for a number of online sites.] But in our earnest efforts to condemn the far right extremism, we often can fall prey to a justification of the far left’s own extremists. I know, I hear they call them counter-protestors these days. But even with names like Antifa and Black Lives Matter — both titular constructs having noble purpose it would appear — their actions can often be found to fall outside the boundaries of the good behavior of citizens merely exercising their rights to peaceably assemble and protest.

Whether it is fomenting anarchy, burning/looting stores, attacking police officers, hurling urine at those whose free speech you deplore, or actively confronting the right wing hate groups for the purpose of inciting physical confrontations — what you’re doing is wrong. And we’re constantly lectured and hectored that we shouldn’t indict an entire movement because of the errant behavior of a select few. So, if some counter-protestors in Boston or Charlottesville were impaling police horses with nails and some Black Lives Matter protestors have called for the assassination of police officers, well, let’s tread cautiously with our condemnation of those entire groups.

Does this apply to the police, as well? Law enforcement has often been criticized for the heightened scrutiny given to inner-city communities and the fearful mindset that often accompanies cops assigned duties in some urban areas paralyzed by violent crime and plagued by lawlessness.

The “inconvenient truth” is that African-Americans comprise some 13% of the U.S. population, yet commit an astounding 52% of all crime in America.

And we rightly remind our intrepid police not to judge someone just for wearing a hoodie or for residing on a block where violent street gangs congregate and crack cocaine sales proliferate.

So, let’s be careful here when seeking to condemn the police in Newburgh, New York. Yes, one troglodyte on the force did something repugnant and stupid. He/she should be sanctioned for that. But let’s be careful in our rush to condemn a group and let’s resist a reflexive knee-jerk response that contains a default mechanism, sensing inherent “racism” within a group for the abhorrent actions of but a single boorish individual.

So, please, fair-minded citizens across this great nation, don’t respond with a snarky dismissal that this just such whataboutism. It’s not. It’s about confronting hypocrisy, calling things what they are no matter their origins, and embracing fundamental fairness. Now, more than ever, we must fight this urge to condemn by association. Yes, membership in a declared hate group makes you a reprehensible and pitiable human being who is beneath contempt. But association in a group, like say “African-Americans,” or “counter-protesters,” OR “cops,” shouldn’t indict you for the poor behavior of but an infinitesimal select few.

We must continually resist the urge to “isolate the few, in order to smear the whole.”

James A. “Jimmy” Gagliano has some three decades’ worth of practical leadership experience, both in traditional military units as a U.S. Army Infantry Officer and in federal law enforcement executive-level assignments with the Federal Bureau of Investigation (FBI). He spent 25 years as an FBI criminal investigator, SWAT Team Leader, member of the FBI’s elite Hostage Rescue Team (HRT), Undercover Agent, Task Force Commander, Legal Attaché (Diplomat), and as Chief-of-Staff for the Assistant-Director-in-Charge of the FBI’s New York Division. He has led tactical and diplomatic operations in Afghanistan and México City, and served tours in parts of Africa, Europe, and the Middle East, as well as assignments in combat theaters in Afghanistan, while assigned to the military’s Joint Special Operations Command (JSOC). He is a recipient of the FBI’s second highest award for valor, the Medal for Bravery. Now retired from the FBI, Jimmy serves as an Adjunct Assistant Professor, instructing undergraduates in Homeland Security, Criminal Justice, Military History, and Leadership courses at St. John’s University in Jamaica, Queens and is a leadership consultant with the Thayer Leader Development Group (TLDG) located at West Point, NY. He is also a full-time Law Enforcement Analyst and Contributor on CNN, and delivers speeches across the country in corporate and university settings.