HomeCultureThe Travesty of Politics, the Tragedy of Empathy 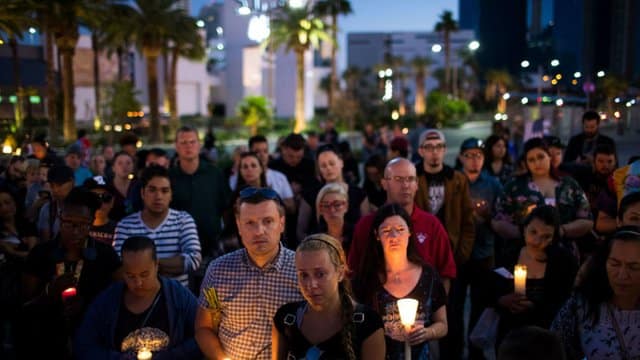 This article was first published in the Havok Journal on October 24, 2017.

Speaking only from my experience, people who politicize tragedy, only cause more stress and grief to the families. When my son, Sgt. First Class Kristoffer Domeij, was killed in Afghanistan on October 22, 2011, someone thought I’d be “comforted” by his politicized rant against the war on terror. Not only was it not comforting, it was infuriating. Just how did that man think that his anti-war sentiment comforted me, by implying my son died in vain? His stupidity was beyond belief. His insensitivity drained more energy from me that I needed to cope with the reality of my firstborn’s death.

To me, keeping your political opinion to yourself just seems like common sense, common courtesy, and common decency to the survivors and the wounded. Because I tend to err on the side of empathy, perhaps I’m wrong. Maybe other survivors feel differently. Even Steve Scalise, when questioned, stated: “’. . . first of all you’ve got to recognize that when there’s a tragedy like this, the first thing we should be thinking about is praying for the people who were injured and doing whatever we can to help them, to help law enforcement.”

However, since he’s a Republican, scoffers will dismiss his opinion. Now I can empathize with the outcry of former astronaut Mark Kelly, husband of former Democratic congresswoman Gabrielle Giffords, who’ve had time to process their grief and come to their own political conclusions. Why? Because the horror of gun violence is their emotional trigger point. And as I prayed hard for Gabby when she was shot, I pray for survivors and their families, and also for Gabby’s pain, like mine, that’s been re-triggered. 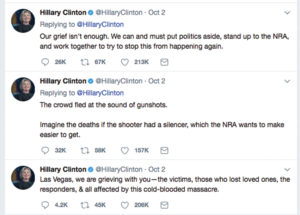 Seriously, Hillary? Can you not keep your thoughts to yourself for more than 24 hours? Is that what you’d say if your daughter or grandchild was killed—murdered? Would you immediately launch into angry-political-mode or mom-mourning-mode? I was shocked to read “Homicide” as the cause of death on my son’s death certificate. Clinton’s tweet: “Our grief isn’t enough,” is ludicrous. She isn’t grieving—the families are. Hillary Clinton has no clue how devastating this loss is, because she hasn’t experienced it.

I had no idea how devastating losing a son in war was before Kristoffer was killed in action. And a woman who can flat-out lie to mourners of dead family members: “We’ve seen rage and violence directed at American embassies over an awful internet video that we had nothing to do with. It is hard for the American people to make sense of that because it is senseless, and it is totally unacceptable.”? Yes, I heard her lie with my own ears. Hillary Clinton has no place inserting her political, self-serving opinions into the devastating grief of others, but she continues to do so. Perhaps Hillary Clinton should add to her reading list, H. Norman Wright’s book entitled The Complete Guide to Crisis & Trauma Counseling: What to Do and Say When It Matters Most!

Two weeks before Kristoffer was killed, I was in the process of writing guidelines for mentors of “what not to say” to grieving people. I looked up a book by a former author I’d worked with, who I knew had experienced more than his share of grief. H. Norman Wright’s book, Recovering from Losses in Life and his “what-not-to-say” advice proved a godsend. Reading through the list pricked my heart, because I’d said the same tired clichés to others who suffered a loss, thinking I offered comfort. When people uttered those clichés to me, instead of taking offense, I thought: Thank you, God, for the heads-up. Just knowing what people say that hurts not helps, saved me from a lot of unnecessary suffering. Nowhere in the counselor’s list of what not to say was “Don’t politicize a tragedy to the family before the mourners even have time to let the death of a loved one sink in.” To me, that’s just wise judgment.

If your first angry impulse or trigger point is to rail for gun control—stop, think, and please consider: Will this cause more pain and energy drain for those who need every ounce of energy to absorb the devastating sensory overload of the death of their loved one? Will this cause more pain for those anxiously sitting at the bedside of those still struggling to survive? Will this cause more confusion for those wounded who have not even begun to process what happened? But maybe, you don’t care, because your anger and politics trump empathy and compassion. What would it hurt to allow a little time to respect the survivors? In time, as the survivors process their devastating loss, they can focus on their political opinions and actions related to gun violence.

I believe in the truth of Rabbi Benjamin Blech’s statement: “Evil exists in this world. Evil people commit despicable acts. Evil trumps reason. Evil is not deterred by reason. To put it bluntly, evil by definition is irrational. Instead of rationalizing evil we must remember that evil is far more powerfully attracted to greater evil than it is to reason.” What’s wrong with allowing those devastated by evil a bit of time to process what has happened before launching into politicizing gun control 24/7 on cable “news” that’s not new news?