HomeCultureTransitioning from Warrior to Patriot Citizen 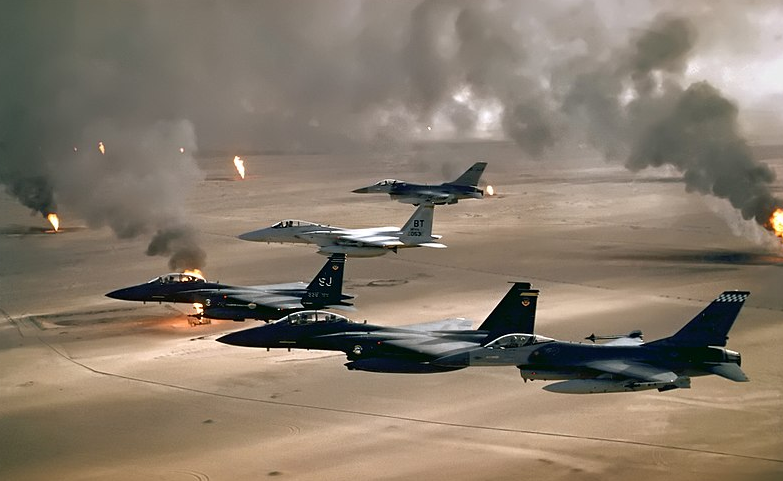 The deed was done.

Like my good friend, former Navy SEAL Jimmy Graham, who trained us in Able Shepherd training and talked about his SEAL sniper training, I made the decision and pulled the trigger. I’d performed what I was called to do and accomplished my deed and completed my mission.

I was leaving the U.S. Air Force.

The decision was not easy or made lightly. Like most military service members, I loved “having something bigger than myself”—throwing my whole being into accomplishing it and being devoted to the cause. Not only did I excel at it, but I received support from others in this same cause.

However, I was not fully aware of the recoil of my decision. My decision affected not only me, but my wife, family, and friends, which also included my fellow military members who were still on active duty.

Hanging up my BDUs.

The slow realization of my decision loomed in front of me.

The shock of my decision was bigger than I thought. Seen as an outsider, no longer were my colleagues in the USAF so warm to my efforts. I was leaving the tribe. Some understood the decision, others did not.

Near the end of my time in the USAF, I became a change agent. I taught the concepts surrounding the topic of Total Quality Management (TQM) and process improvement in the early 1990s. Today’s “hot topic” management focuses on Lean Startup. Regardless of any new term or philosophy, the concept I loved was figuring out how to be “On Time, On Target” with less effort and resources needed. How to redeploy taxpayer money and my guys’ energy elsewhere. Like a sniper’s phrase, “One shot, one kill,” I wanted to be more effective and efficient in fulfilling our mission, which meant keeping ahead of the enemy and winning.

One principle the military taught me was to be on a reading program, a book a month, always learning more. I learned that from my squadron commander at the 36th Tactical Fighter Wing (F-15C/D) at Bitburg AB, Germany just before Gulf War I. While on leave in Denver, I purchased the book Enlightened Leadership: Getting to the Heart of Change by Ed Oakley and Doug Krug. My Deputy Commander for Maintenance (DCM), Col. Walthers, who became my Vice Wing Commander at the 379th Bomb Wing at Wurtsmith AFB, MI (B-52, KC-135), was well aware of my drive regarding process improvement. Col. Walthers visited me one day and asked, “How can I get the wing to adopt TQM?”

I gave him my half-finished book by Oakley and Krug and said, “This is a great start.”

A few weeks later, he showed up at my office and agreed the book was outstanding regarding how leaders were to ask the right questions to start any new process, then he told me a story. Although he hadn’t finished reading the book either, he decided to give it to our Wing Commander, Col. William Campbell Jr., to read. As he handed Col.Campbell my book, Campbell reached into his desk drawer and pulled out his copy of the book. All the wing commanders had received Enlightened Leadership at the 8th AF Wing Commander’s conference.

The Trigger, The Recoil

While my credibility soared sky high, I was also “under the gun” by those who were opposed to any “new ideas.” I was pulled to the wing to help get the initiative moving forward. I was also in full afterburner to learn anything and everything about this new approach to getting things done.

On a career upswing, the downswing of getting out already started, and the dominos began falling. “He’s leaving, he’s a short-timer.” As one commander taught me, “Once you’ve taken the time to learn as much as you can before making a decision, once you’ve made the decision, don’t second guess it.” I couldn’t second guess my decision to getting out.

When I entered the service, I received Air Force job training but received little training about leaving the military, let alone what to expect in the civilian world. Yes, there were steps to leaving the service, checklists to follow, and dates to make. However, I didn’t receive training on what it takes to become a civilian again. This was new ground for me, and for others, and we were a little lost as to what to expect. Col. Campbell talked to me about how civilians would look at my suit, but more at my shoes. Were they shined and well kept?

The Transition Assistant Program (TAP) in 1992 was helpful, but after getting out, I came to the conclusion that TAP was poor. Not even close, even for today. Yes, I needed suits for interviews and a resume, which was a far cry from what I really needed to prepare for civilian life.

Just like entering the service was life-changing, so was leaving the service. I needed to learn a whole new language about civilian life. Job descriptions. Interviews. Finances. Oh my. While I was the property of the U.S. Government, the military took care of me with support. But on my last duty day, that support stopped. Supporting ourselves landed on my shoulders and my wife’s. We were on our own and it was scary.

The After Action Report

So take command of your life—today. You’re in charge. When there are no longer any “voluntolds,” you’ll need a new plan for your life.

As you look back in veteran history, from the American Revolutionary War to today, other veterans have done what you’re about to do or are doing. Realize you’re not alone in your transition. Ask an older veteran to mentor you with what they’ve done. Not all their advice might be beneficial, but at least you’ll make a new friend. If anything, you’ll hear about what they did in the service before you came along and even hear some of their war stories. Plus, you can share your stories over a beer.

We the few, the proud, the patriots…we’re veterans.

Kevin Cullis earned his BA is in History and his MA is in Administration, but his military-mustang attitude carries him through life. He began his military career enlisted and ended as a USAF officer getting out after Gulf War I. Check out his books, How To Start A Business: Mac Version: 10 Essential Business Steps for Startups using a Mac and HWJDB How Would Jesus Do Business?: Bible Secrets for Startups and Entrepreneurs.

As a speaker and coach, Cullis understands the difficulty of pulling together a complete business profile without a mentor. To grow a captivating, profitable, and power-driven mindset, check out his mentoring workshop, Fish Tank Startups, which is designed to help build confidence, and empower entrepreneurs.

This first appeared in The Havok Journal on April 6, 2019.