HomeCultureMilitaryWhat It Means to be an “Educated” Transitioning Veteran 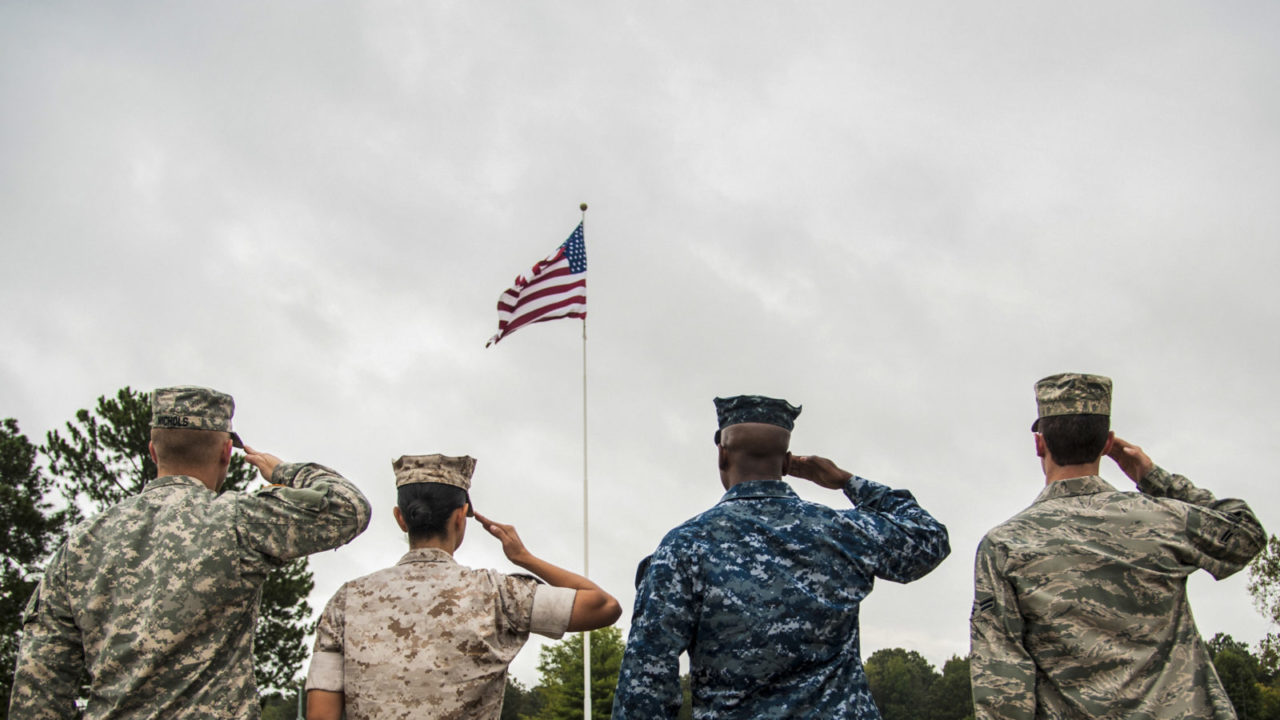 In part one of this series, I discussed what it was to be an educated man in today’s America. Part two focused on being an educated warfighter.

So how about some tips on the transition between those two—from warfighter into civilian, and all the intricacies therein? Having done that very thing and watched many others go through the process, I want to offer the following as a simple yet easy-to-follow guide for understanding this difficult period in a veteran’s life.

The first aspect of navigating this process involves a simple question: were you enlisted or an officer? This is more important than most realize, and it actually plays a significant role within the veteran community that some fail to recognize. Come to grips with the fact that the transitional progression is different for these two groups. Do not try to hide from this reality or act like it is unfair—it is what it is, so accept that and move forward with it.

For those who do not believe there is a significant difference, try this experiment: talk to officers who have left the military and talk to enlisted personnel who have spent the same amount of time in. Now ask them if they have been “recruited” into a job in the private sector. It has been my experience that a solid number of officers have had this very thing—large corporations talk to officers leaving the military and convince them to come on board. It has also been my experience that, aside from maybe some Tier 1 guys, this does not happen for enlisted personnel.

While I am sure there are exceptions, the vast majority of the time this is the case. Why does this matter?

This leads me to my second point, which is for both groups to be appreciative of where the other is and what they can and cannot do. For example, I had a former officer giving me tips on how to approach resume writing and job interviews, and I was becoming incredibly frustrated because everything he was suggesting were things I had already employed and it just was not that simple. But then it hit me like a truck—he had no idea what it was like to be in my position. Despite similar educational levels and time on active duty, his background led him onto a path where people sought him out—something that certainly did not happen to me, even after multiple levels of college.

The important takeaways here are, 1) for officers to understand how much different the transition process is for former enlisted, and 2) for enlisted not to be bitter about this, but rather to utilize this knowledge for maximal benefit to them in their pursuit. In other words, network like hell with any officer you know or knew because there is a strong chance they are going to end up in a much better job than you are. Do not look at that fact as unfair—just look at it as being what is.

All Veterans Are Not Created Equal

While the distinction between officers and enlisted in their job hunting should be understood, that is just the tip of the iceberg. Underneath that there are several levels of inequality that must be appreciated in the transition process. For example, let’s look at two military jobs in the same field: Special Operations Medic and Nurse. While the former may have a ton of really high-speed training that is the envy of a lot of us who know what they went through, who do you think is going to have an easier time finding work in the civilian world?

Whether this is “fair” or not is irrelevant—the SOF medic simply does not have the civilian qualifications that a nurse does, and as a result will be looking at lower paying jobs. What matters here is not the legitimacy of this reality, but rather the acceptance of it for what it is. This is the case with numerous occupational specialties. I was an Airborne Infantryman and a PSYOP Team Chief. Guess what? No one cares about that anywhere near as much as they do about the guy who was a cyber security expert.

I do not state this as a complaint—I am grateful for my experience—but as a fact of the current job market. Cyber security and the skills related to it are in far greater demand than my particular background. Understanding this is important to your transitionary process. Do you have an employable MOS in the civilian sector? If so, how do you maximize it? If not, what do you need to do in order to make yourself more attractive to potential employers?

“I’m a veteran” should never be a bullet point on a resume. Employers want to know what you can offer them and military service, while admirable to some (more on this in a minute), is not in and of itself always valuable in the profits-and-losses model of running a business.

Military Service is Not the End-All, Be-All

We are living in strange times, and one of the greatest reflections of the oddities of our society is the veteran job-seeker. “Support the troops” stickers are seen everywhere; yellow ribbons are still regularly on the backs of cars; people are (generally) outraged by any offenses toward the veteran community, etc. Yet despite all of this, most employers do not look at military experience as something that sets a candidate above others.

Anecdotes from hiring professionals reflect my own experience—that unless you are headed into a government job (or something directly tied to the defense industry), military service is not something that makes a hiring manager jump out of their desk and shout, “yes! This is what we need!”

Like the distinction between officers and enlisted, the point here is not to quibble about whether or not this is fair; that is best left for another time. The goal here is to make you, the transitioning veteran, aware of it and understand how to turn that into an advantage. Does your resume scream “COMBAT VET!” all over it? Is there a way you can minimize the military (specifically combat-related experience) aspect of your resume to reflect more of a benefit to the marketplace and make you appear less like a stone-cold killer? A lot of people who get out before retirement are proud of their service; as well they should be. But having a curriculum vitae that reads like a Marine Corps recruiting poster can do more harm than good.

Do what you can to ensure that your resume and overall persona is geared toward what you can offer the employer rather than your perceived value in an empirical sense. While you may be able to argue that being a team leader in Iraq carries more responsibility than the position of “project manager” in the civilian world, no one will listen—they want to know how investing a payroll allotment into you is a worthy endeavor, and the vast majority of hiring managers have absolutely no idea what being a team leader entails (and many assume it involves a lot more shooting people in the face than it actually does).

Knowing is More Than Half the Battle

So if we know that officers and enlisted are looked at differently, that different MOS’s are not viewed the same, and that just being a veteran is not enough, how does that help us and what else do we need to know?

First, your network is everything. Start thinking in those terms and it will help you immensely. An employer who does not know you from Adam will not care at all about how much weight you carried through the Korengal Valley, but guess what? Someone who knows you, personally, might. Extend yourself into more diverse networks of people in order to make that possible.

Second, know what type of education will help you and which type will not. You’ve got the GI Bill, so use it—but remember, just like MOS’s, all degrees are not created equal. Research higher education (to include things like trade schools) that ties into both what you did in the military and what you want to do for a living (for example, see parts two and three of my series on higher education).

Third, know your resources. Yes, you have the GI Bill, but what else? Are you tied in with any veteran groups that help specifically with this purpose? Are you aware that there are recruiters out there who work towards getting people hired into specific industries? Seek these groups and people out and do what it takes to gain from their knowledge and expertise.

Fourth, and finally—this is probably the toughest one—there is nothing wrong with being confident about your ability. But be humble. The world does not owe you anything because you served. You do not deserve to finish as a squad leader and walk directly into a six-figure income at a Fortune 500 company.

Could it happen? Sure, but do not expect it and do not get pissed when you, more likely than not, have to start over at the bottom of an organization and prove yourself. This is a tough pill to swallow, doing so will put you considerably further ahead in the long run.

This article first appeared in The Havok Journal on September 13, 2018.