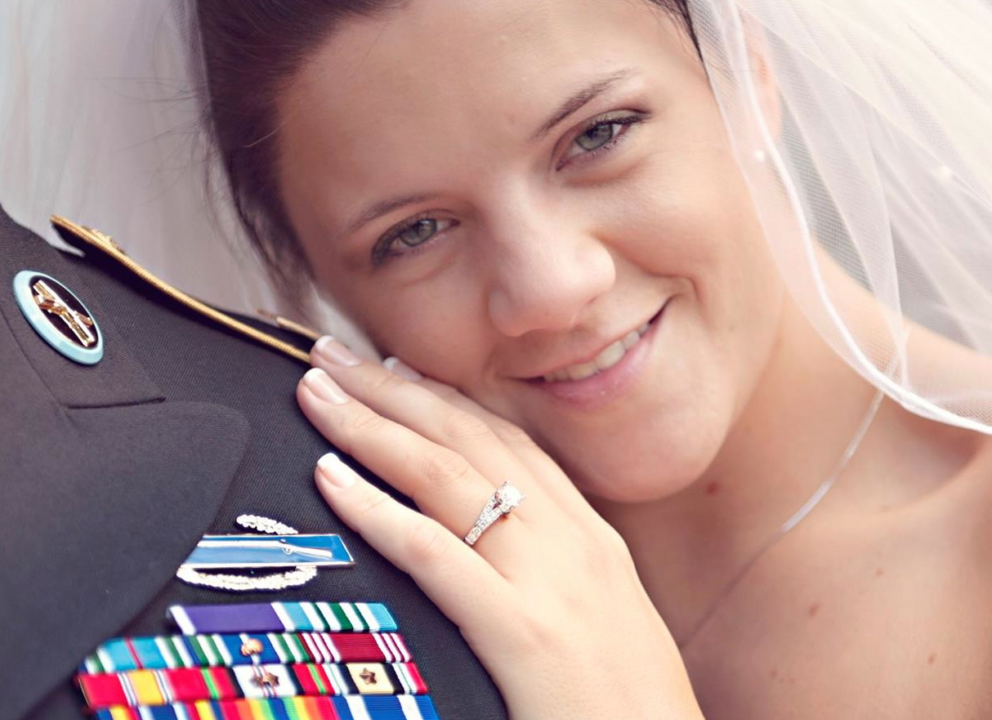 Although spouses spend more time with their veterans than any chain of command, doctor, nurse, or friend, we are rarely asked to share our insights into the changes and challenges we are seeing in our veterans. We are rarely given an opportunity to share the successes and failures that we have seen and experienced in getting our veterans healthy and reducing the symptoms and suffering of PTSD. I want to share with you a little bit about the journey that my husband and I have experienced that led me to write about PTSD.

We said an emotional farewell as he went to basic training at Ft. Benning. We wrote letters and I lived for the short phone calls that were allowed after each part of training. He completed basic, AIT, Airborne School, and Ranger Indoctrination Program. As promised, he joined the 75th Ranger Regiment. He was stationed with 2nd Battalion, 75th Ranger Regiment stationed out of Ft. Lewis, Washington. He returned home and we continued our life together.

We had as much of a routine as was possible with military life. I lived 45 minutes away from the base and continued to work and improve within my career. He completed ranger school and various other intense training schools. He would come and go as the Regiment demanded. During this time, he also completed five combat deployments. He deployed once to Iraq and four times to Afghanistan.

For the most part, I remained oblivious to what he was doing on deployment. He valiantly tried to protect me from that part of his life and I admit, I never bothered to look into it. Co-workers would ask me why I wasn’t terrified every time he deployed. I responded truthfully, I told them I didn’t think he was even leaving the base all of his emails were about working out and his huge biceps. I was blissfully ignorant.

On his 5th deployment, the walls of ignorance and avoidance that I had built up all came crashing down around me. On September 8, 2011, while I was out to dinner with my boss I received a call. Suddenly, his 1SGT was speaking to me. One thing my husband had told over and over was that if he was ever injured, he would be the one to call me. If it was someone other than him, he was probably about to die. This was the only thought that ran through my head over and over as the 1SGT tried to relay the details of my husband’s injuries. Unable to comprehend what he was saying, I threw the phone to my boss and collapsed on the floor sobbing hysterically.

As time went on I got a clearer picture of what had happened. While conducting a raid looking for high-value targets my husband entered a room where an insurgent was. While trying to subdue and detain the insurgent they ended up wrestling to the ground. The insurgent then detonated a grenade that had been hidden in his clothing. The insurgent died instantly and my husband was critically injured. He sustained severe injuries to his legs, arms, head, and eyesight. Shrapnel and biomatter riddled his body.

He was in a small concrete room when the grenade detonated directly underneath the insurgent, who in turn was directly under my husband. The overpressure from the blast caused hemorrhages in his brain as it bounced from one side of his skull to the other. The two lobes of the brain also stretched apart causing additional damage.

As you can imagine, the road to recovery after this type of injury is long and emotional. Doctors were extremely focused on healing all of his physical wounds, as they should be. However, from the first moment I saw him after the injury I knew there was a long road of mental challenges ahead of us.

While a diagnosis of PTSD and Traumatic Brain Injury would seem obvious in this case, just due to the context of the injury, doctors were extremely reluctant to diagnose anything. I tried time and time again to point out the mental changes I was seeing and the trouble he was having coming to terms with the extent of his injuries. My husband had sustained catastrophic, life-altering injuries but to him, you were a fool if you mentioned it.

For over a year after injury, he believed he would pick up right where he left off with his beloved unit. He refused to believe, or simply could not comprehend that he had almost died and life would never be the same. He wasn’t and still isn’t ready to be out of the fight. At one point he told doctors he planned to return to the deployment on mid-rotator, a date that was a mere three weeks after sustaining his injuries. I continued to push for doctors to evaluate and treat him for a TBI and for PTSD. In the end, my husband was the one who convinced them, although not intentionally.

One morning several months after the blast, my husband was having yet another surgery. Everything was routine. I kissed him goodbye in the surgery waiting room and expected to have several hours to myself. About 30 minutes later a nurse called me and asked me to return to the surgery area. I rushed back and saw my husband sitting in the bed with a bloody lip looking pale and scared. He was paranoid and looking around. He told me the staff had secretly tried to kill him with Ketamine and other secret drugs.

I called his nurse case manager to find out what had actually happened. While being sedated my husband had a vivid flashback. He came out of the anesthesia and punched the surgeon in the face so hard he knocked him unconscious. It took several doctors and nurses to restrain him and strap him back to the table. Later the surgeon sent a note to the nurse case manager that simply said, “PTSD”? My observations about his mental health were taken seriously after that.

In the end, my husband was officially medically retired in January 2014. He was given a 100 percent disability rating by both the DOD and the VA for PTSD and TBI along with 52 other ratings. By this time I had been unable to keep my job and was caring for him around the clock.

While he was still under the demands of the Army, we were not able to explore unique treatment options for PTSD. The military has a very procedural way of approaching their health care and we all know that not everyone fits in to the same box. I have said to people many times, there is so much more to PTSD than what is currently being presented to the public and offered to those suffering from it.

After his retirement, I asked only two things of my husband. I asked that he take one year to focus on himself and his health and that he try anything treatment I suggest at least once. He agreed.