HomeCultureOn To The Next One: The Jim O’Heir Story 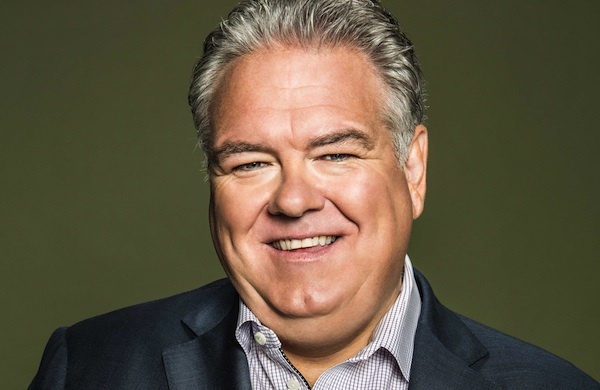 Even to an outsider, it seems he is universally known in the entertainment industry as the “nice guy” and being very genuine in all that he does. It shows in his interviews, as well as his willingness to do things like take time out of his busy schedule to talk to a bunch of veterans in Article 15 Clothing’s Facebook group, Drinkin’ Bro’s. But, the entertainment industry can make even the nicest person a bit jaded. How has he held strong all these years? “It comes down to the family you were raised by. My family still gives me shit, I’m still the idiot. So, they keep me grounded. As well as, just being from the Midwest.”

Don’t worry though, when you are talking to Jim O’Heir, it’s never all about him. He’s more than happy to talk about the celebrities who outdo him in the “nice” category. “I know Steve Carell from The Office, and we ended up on a flight together the other day. We knew each other from Chicago, so we were just catching up. But he’s a guy, who is the same guy he was when he left Chicago. And then, Amy Poehler. You will not find anyone who is kinder or more genuine than Amy Poehler. She is at the top of her game. She is at the top of everyone’s wish list. Yet, she is honest and loving, and there’s no bullshit.” Of course, he also has a special place in his heart, as well as kind words for his Parks co-star, Chris Pratt. “You won’t find a kinder man — it just doesn’t exist.”

When he’s not taking luxurious bubble baths on the set of Parks and Recreation, what does Jim O’Heir do for fun? Well, he’s no stranger to a good book, a good movie, or a good trip abroad. “I love traveling, that’s a big thing. I could sit in a movie theatre all day long, going from movie to movie to movie. I love television. I love a good book, a book you just can’t put down. I’m a horrendous golfer, yet I love to do it. I walk the dogs. I’m pretty simple.”

On the Middle Man Movie

What’s the most exciting upcoming project for Jim? He and long time friend Ned Crowley are currently raising money for a feature length film titled Middle Man. A labor of love that has been in the works for nearly ten years, Middle Man takes you on a trip filled with dark comedy and just the right amount of grit and blood. ‘Lenny Freeman’ (played by Jim) is an unexciting, run of the mill accountant who plays by the rules, but desires nothing more than to be a famous stand-up comedian. The problem? As one might guess, he lacks in the comedy department. As the story unfolds, his grandmother passes away and he inherits her debt as well as a ‘53 Oldsmobile. Behind the wheel of his newly acquired Oldsmobile, Lenny hits the road on an azimuth set for Vegas to audition for The Monte Guy Show’s annual “Stand-Up, Stand-Off.” En route to his destination, he picks up a lone hitchhiker and his trip takes a turn for the strange. A few dead bodies later, and a comedy routine that’s improving . . . Well, you’ll have to watch it to find out the ending I suppose.

All in all, the project Jim is fundraising for looks great. It’s definitely a departure from how we know him. With fears of being typecast as a bumbling administrative worker, the role couldn’t have come at a better time to display his talents. “I’ve been playing Jerry for seven seasons, and as an actor, the fear is that you will be stereotyped. I hope that’s not the case because I did a lot of work before I played ‘Jerry’, I did a lot of work during ‘Jerry’ . . . but it’s still a concern. This guy ‘Lenny’ that I play in the film couldn’t be further from ‘Jerry’. It just seemed like the timing . . . it just seemed like everything was right.”

Producing and acting in a feature-length film is no small endeavor though. Many default to thinking, “Oh he’s a TV star, they’ll have no problem pulling this off and getting it into the festivals and theatres.” As I suspected, and Jim confirmed, that statement couldn’t be further from the truth. Outside of raising the rest of the money they need to make the film, this is Jim’s debut role as a producer. Sounds like a cushy, glitzy job . . . right?

No. That means, not only is he the lead actor in this film, he also deals with everything from scouting locations, actors and their agents, insurance issues and unions — just to name a few. No small task, and certainly not one for the faint of heart. “I knew all of this existed, of course it existed, I just never had to be the one to do it. It’s really opened my eyes.” Luckily, he isn’t alone in this daunting endeavor. Ned Crowley, Roger Petrusson and Bill Fortney are all producers on this film as well, and according to O’Heir they are, “working their asses off to make this happen.” When you throw in the rest of the crack team they have assembled, to include a very impressive Director of Photography, this film will achieve the high budget look they are going for, but on bare bones funding.

A lot of exciting things will happen in the time leading up to production though. “What’s really exciting, and it hasn’t been announced yet, but an actor named Andrew J. West (known for his roll as the main antagonist ‘Gareth’ on Season Five of The Walking Dead) is going to play my co-star in it. So, we’re super, crazy excited about that.” Don’t worry, there will be even more exciting news to come. They are in talks with a few more talented people who will join the cast as well . . . to include someone from Parks, “There will be some names that people will be very excited to see.”

They’re still in fundraising mode for the film though, and the pressure is on. The movie has a total budget of around 500,000 dollars, and after they all threw in their own money, they still need to raise 150,000 dollars. So, they turned to a Kickstarter campaign to fully fund the rest of the project. They are about two-thirds of the way there with only a week left in the campaign, and Jim couldn’t be more humbled by the support. “With every penny we are raising, I feel a huge obligation to the people putting their money into a project I’m going to be the face of. So, that’s a big responsibility to say the least.”