HomeCultureAn Excerpt: “The Demon Within” 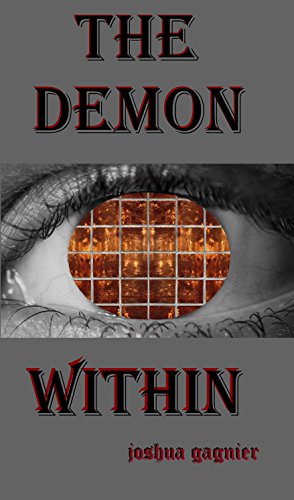 An Excerpt: “The Demon Within”

We are thrilled to share a brief excerpt of a story that is dark and adventuresome, The Demon Within does not disappoint. This book is written by a United States Army Veteran, Joshua Gagnier.

“Don’t want to know you. I’m not your son and I’m not staying. Just need a little rest,” replies the young man pulling his hood over his head as he turns to walk down the alley toward the main street.

If he were watching where he was going instead of ignoring the world around him, he would seen the group of four large men, obviously armed, moving quickly toward him. He would have heard Belath’s warning, and wouldn’t have cost himself such precious time. Belath reached him soon enough to be seen by the men, but not soon enough to stop himself from being added as a target. The young man realized what was happening a moment too late. A fist hit him square in the side of the head, knocking him to one knee. By now Belath was at his side, helping him to h 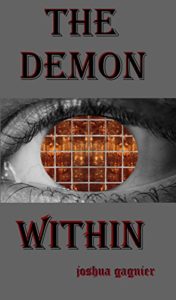 is feet. The men must have recognized Belath because three of them took a few steps back. Even the big one, the apparent the leader, took a hesitant step backward. They must have decided they had the advantage because they began to advance yet again.

“Gentlemen, do not ring a bell you can’t unring,” said a stern, direct voice. It came from the young man who, only moments earlier, seemed too weak to speak. “This is a fight you will not win, regardless of your numbers,” the young man continues.  In response to this taunt, the leader grabs a bat from one of his men and swings toward the young man’s head. Before anyone can realize what is happening, the young man lunges at the leader. In one motion, he sidesteps the life ending swing and pulls a long black knife from a sheath under is jacket, which he plunges deep into the leader’s temple with his right hand while grabbing the bat from the ground with his left. With his next step, he swings the bat at his second target, hitting the man squarely in the side of his face with such force his head nearly spins backward. Next, the young man yanks the blade from the leader’s head and stabs the third man in the side of the neck, almost as a cobra striking its prey. The young man looks for the last of his adversaries, and sees him
running down the alley toward the main streets. The young man takes a deep breath, lifts the bat, takes aim, and hurls it at his target. The bat’s aim is precise and the man falls to the ground, screaming in pain. As the young man calmly walks toward his now-felled enemy, he cleans the blood off of his knife on his pant leg, and puts it away with such dexterity it can’t be known exactly where the sheath is hidden.

“Today you benefit from being last, sir,” says the young man as he sits on the ground by the last man’s head. “Enough whimpering! You merely broke your ankle on my bat. I have no desire to take your life,” he says as he pulls out a cigarette and lights it. “You will do something for me. To that end, I spare you life.” His voice is calm yet direct, “You will tell whomever you work for it was Jekyll who reduced these men to corpses. You will tell him this and,” he takes a long, slow drag of his cigarette, and continues, “you will tell them this, and you will tell them, they do not wish to meet Hyde. Do we have a deal?” the last being more statement than question.

The man, believing he is being played, but not wanting to die, gives an exaggerated nod. The young man stands and begins walking back to where he had been resting and calls out over his shoulder.

“Belath, I guess I’ll be staying a while longer,” once again speaking in the same shaky voice he had spoken with earlier.

You will want to continue reading this story above by buying the book, The Demon Within!

This first appeared in The Havok Journal September 17, 2016.