HomeCultureMan of War: An Excerpt 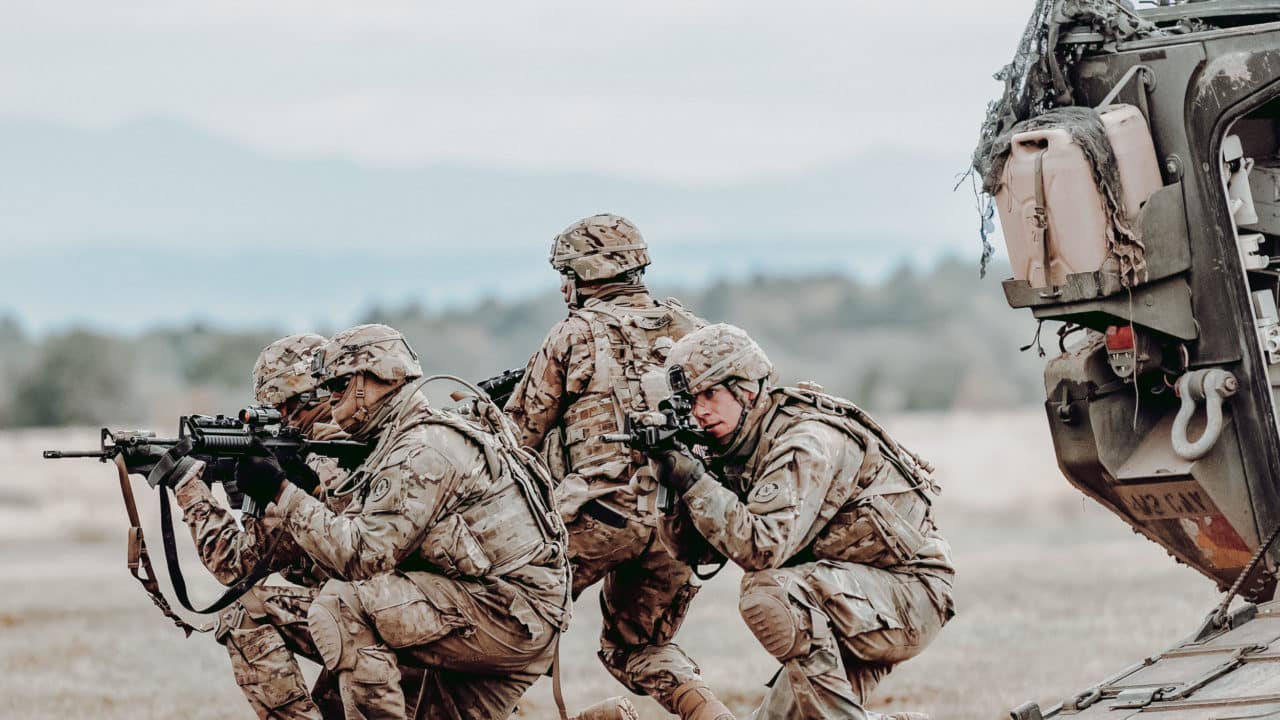 An excerpt from Man of War: An Eric Steel Novel:

The gas burned Steele’s eyes and was seeping into his pores. His face was on fire, but he pushed through the pain, his heart thundering in his chest as he held his breath. To his left Bassar’s car shot up the drive, the back end fishtailing on the gravel.

He had to get to Meg—the thought was as loud and undeniable as his need to take a breath. A man appeared out of the gas haze, hacking and spitting against the CS. Steele didn’t have time to do anything but lower his shoulder. He bulldozed the fighter off his feet, slamming him hard to the ground. His momentum sent him rolling, the SCAR ripped from his grasp and knocked the air out of his lungs.

Steele sucked in a short breath, the CS scalding his lungs. The man got to his knees and he threw himself at him. The fight was close and dirty, all knees and elbows. Neither man could throw a full punch or see the other through tear-soaked eyes. It was like fighting underwater, dark and claustrophobic.

Steele slammed his forearm into the bridge of the man’s nose and took a loping right hand for his trouble. There wasn’t any time for pain, just the primal urge to live and to kill. Steele fought like a feral animal, using every part of his body as a weapon. He managed to land a solid blow to the jaw and rose to his feet. The man sprawled for his legs and grabbed him near the knees. Steele hammered at the back of his neck, stretching against the stitches like he was about to split a piece of wood with an axe.

The blow crumpled the man, folding him in half the same way you’d close a lawn chair. Coughing and sucking air, Steele retrieved the SCAR and put a bullet in him.–

To read the rest of the book, purchase your $1.99 copy by clicking here!

Sean’s new novel, “Man of War,” shares many of the same underlying themes of service, sacrifice and courage. His hero, ex-Special Forces operator Eric Steele, exemplifies many of the best aspects of the warrior ethos. He’s not an indestructible cartoon superhero, but nor is he broken. He’s simply someone who seeks to embody what is best among those who have volunteered to serve their nation.

It’s time for more narratives like this, and Sean wants to encourage other veterans to step up to talk frankly about how their service shaped them for the better. Americans need to hear that side of the story.

For too long it’s been too readily assumed that veterans are damaged or victimized. We need to explain and illustrate how those who have faced combat experience true growth—not in spite of the challenges of their service, but because of those challenges. The vast majority of veterans are stronger for what they have undergone. Our media and popular culture storytelling should reflect that reality. Let’s tell a new story about military veterans.

Sean Parnell (@SeanParnellUSA) is a retired U.S. Army infantry Captain who served in Afghanistan with the 10th Mountain Division. He is the author of the critically-acclaimed, national bestseller “Outlaw Platoon: Heroes, Renegades, Infidels, and the Brotherhood of War in Afghanistan” and the novel “Man of War.”