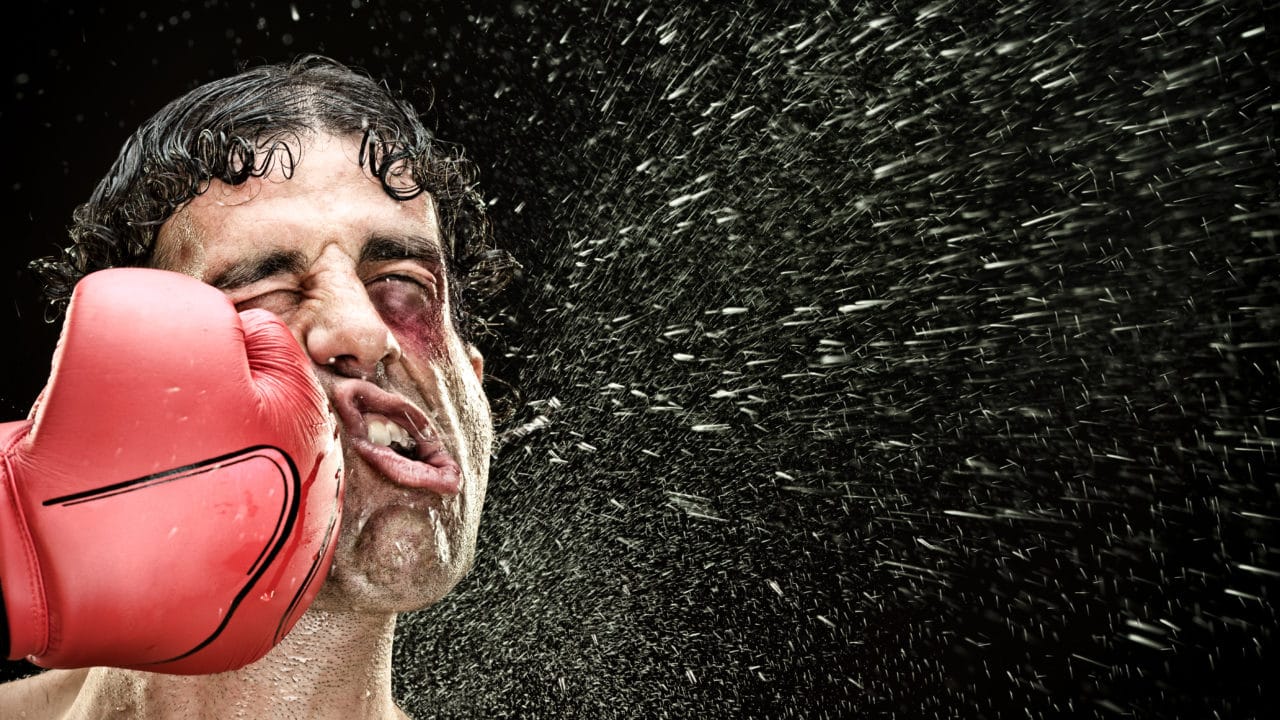 I’ll have to wait till I total it all up at the end, but I’ve got a pretty good idea of what The Dumbest Thing I’ve Ever Agreed To Do is gonna turn out to be. Fighting in the precursor to the UFC.

We had traveling tough guy competitions in the 80s. Literally. They’d come through town two or three times a year; “Toughest Guy in (your city name here)”. The posters billed them as “Cowboys vs. Bikers! Truckers vs Bouncers! Cops vs. Crooks!” but the match-ups didn’t actually break down that way; it was basically everyone vs. everybody. Probably the names were just drawn at random.

I don’t know if the UFC was created by the people who put these together, but these were the first organized multi-discipline fights out there. It was a boxing, wrestling, Asian martial arting free-for-all. There were two weight divisions, up to 185 and over 185; no professionals allowed. But I’d be amazed if anyone actually looked into that. The contracts I signed just had a box you were supposed to check – “I verify I have never fought professionally” – but I was talking to the clerk one night as guys were handing in their contracts, and she’d check that box for anyone who overlooked it.

The first one I did was Toughest Guy in Tuscaloosa. They supplied regulation boxing gloves. If you wanted to use your feet, you’d have to wear pads there too. I can use mine, but not for anything I’d get away within the ring. I thought about wearing them anyway; no pads just assured your opponent he wouldn’t need to look for any kicks. But they felt unnatural, and I didn’t need anything splitting my focus.

I had a later bout. By the time I was on, I’d seen several guys really regret wearing those pads. All but one guy went lights out immediately following their first or second incompetent attempt at a kick. So I actually considered it good news when my opponent stepped into the ring wearing them. But it wasn’t good news at all.

We had a solid, and even, first round. Right as we met in the middle at the top of the second, he got sloppy and gave me a huge opening. I was staring right at his kill switch, and I threw a punch at it. I saw his glove coming up, but it was already too late for that. kwaPOW!!! 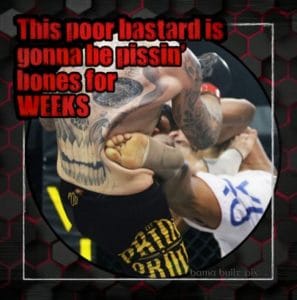 I honestly thought I’d been shot. How in the hell he got a foot into me, I’ll never know. I was LOOKING at him. I woulda bet cash money his feet never left the ground. But boy oh boy ONE of ’em sure did. Drilled me right where the guy in picture got it. And it FELT that deep, too.

Didn’t put me out, but the ropes were the only reason it didn’t put me down. That whole side of my body was already starting to lock up. The ref wouldn’t let me continue, and I wasn’t about to argue with him.

I’ve got great balance, and I can take a punch. Those things draw crowds, so whenever the event came through Tuscaloosa or Birmingham, they’d give me a call. This was after my rodeo cowboy years and after my stuntman years, and I may have been subconsciously looking for the dumbest way possible to fill that hole, so I did three more. I’m just not wired for the ring, though. It was pretty clear I was never going to be any good at it.