I was met by two TSA agents who told me to empty my pockets and take my belt off. One of the agents grabbed my wallet and started thumbing through it, emptying its contents. I’m assuming he was looking for pieces of C4 shaped like credit cards. What he found was my 1st Battalion, 505th Parachute Infantry Regiment Challenge Coin. In my “returning hero airport fantasy” I thought I might run into an old paratrooper who would try to call me out. I was going to whip out that coin, we’d have a good laugh about it, and drinks would be on him. 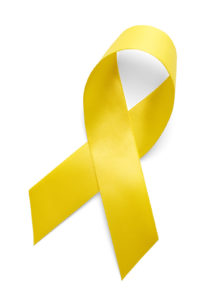 The other thing the TSA agent found was my police identification and badge. I’m a cop when I’m not playing army. Obviously the TSA guys thought they found an exceptionally sneaky Al Qaeda operative who used a double layer cover story (Soldier and Police Officer).

When the TSA completed routing through my stuff and pat searching me he looked at me and said, “You in the Army?” I said , “Yeah (what gave it away?)”. He said, in about as monotone a voice as I’ve ever heard, “Thank you for your service.” He then handed me my crumpled jacket, beret, boots (now scuffed from the search) and the contents of my wallet (No C4 detected).

The search had taken about half an hour so I hurried to the bathroom to square away my uniform before I boarded the plane. I had given up on the free drinks part of the dream but I wanted to look good when they moved me to First Class!

When I got to the gate I was told by the ticket agent that I had been randomly selected to undergo a security search. I was flabbergasted. I said, “They already searched me! I’m a soldier on leave, just back from Iraq! There must be a mistake!” She said, “Sorry, but those are the rules. It’s a random search that’s required to board the plane. Thank you for your service!”

I was then ushered to another TSA check point where I again had to take off my jacket, boots and belt. I was wanded (since in” TSA Land” all weapons are metal) and pat searched again. It takes a while to get all that stuff off so once the violation had been completed the TSA agent said, “You need to hurry up and get dressed, your plane is almost done boarding”. As I gathered up my stuff and did the walk of shame a second time the TSA agent who had just felt me up mumbled something to the effect of, “Thank you for your service.” Whatever…

I made it on the plane with seconds to spare. It was a “puddle jumper”, a small plane with no real First Class to speak of. I took my seat and the aircraft took off. No applauding, no fanfare. The stewardess took one look at me and said, “You look like you could use a drink.” She gave me a can of beer (no charge). Thanks for your service.

Arriving home was good. I didn’t have a duffle bag but the dog did come out to meet me and the folks were happy to see me.

I learned a lesson that day that countless veterans have learned before and since. Really, the only people who give a shit about us are other vets and those who are close to us. So few people serve their country these days and even fewer see combat that most folks don’t even know a veteran. They have no way of knowing what we’ve been through, how long we’ve been gone or what we’ve seen or done.