HomeCulture“Thank You For Your Service.” Yeah, Right. 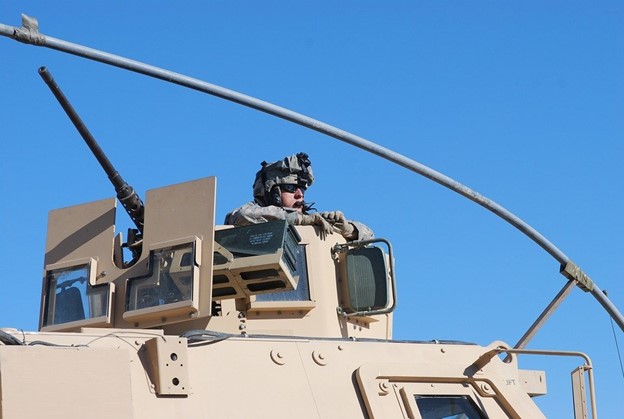 This article first appeared in The Havok Journal on February 21, 2015.

By the time I deployed I had served in the Army in some capacity for over 10 years. I spent 3 years on active duty with the 82nd Airborne in the post-Gulf War era where I fully expected to go to war but never did. I left active duty in 1996 and spent time in various National Guard and Reserve Units. I always tried to choose units with a high likelihood of deploying but never seemed to be at the right place at the right time. 9-11 changed all that. Like every red-blooded American in uniform, I itched to go downrange.

I got my chance in 2003 during the buildup for the Iraq invasion. I was in a “leg” (non-airborne) Reserve Psychological Operations Unit. I heard through the grapevine that the one Airborne Company in our Battalion was ramping up to go to Kuwait, and eventually Iraq. Ever since my time with the “All Americans” I longed to go into combat with an Airborne unit. I was one of those guys who was fully indoctrinated into the Airborne culture. I truly believed that paratroopers were made of something harder and tougher than average soldiers. When I was a kid I got a toy Tommy gun for Christmas. It had a pair of Airborne wings on the box. I cut it out and pinned it to my shirt. Even at a young age, I was completed enamored by paratroopers and all things Airborne. 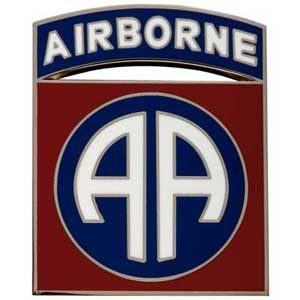 Once, after Airborne school, I and a couple of my recently airborne qualified buddies got into a fight with about 20 gang members. I truly believed that my superior paratrooper fighting skills would result in a lot of dead gangsters. I got knocked the f*** out about a minute into it but my belief in Sky Soldiers being above average fighters never wavered.  That’s when I learned the time-honored adage: “If you ain’t Airborne, you ain’t shit.”

So, when the chance came to go downrange with the Airborne unit, I volunteered. My Psyop detachment got assigned to the 5th Special Forces Group. We deployed to Baghdad during the ground invasion. We did the typical Psyop stuff, driving around in loudspeaker trucks and dropping leaflets. We got shot at pretty routinely but, all in all, I had a pretty chill tour since I was there prior to the insurgency really cranking up. Nonetheless, I did what I had always wanted to do: serve as a paratrooper in combat.

One of the perks of being a paratrooper is the cool uniform. I’ve always loved the maroon beret combined with the bloused Corcoran boots while wearing Class As (not the lame blue ones work today, the forest green). I’m not a big fan of getting dressed up but that uniform looks badass, no question about it. As soon as I got back to Ft Bragg I went to “General Jacksons” and got my combat patch sewn on the right sleeve, completing the picture.

We’ve all seen the commercials on television of the soldier returning home from war. He arrives at his home in his dress uniform, a duffle bag over his shoulder, and a chest full of his ribbons. He is met by his dog in the front yard, he leans down to pet him and then is greeted by a tearful, grateful family. I’d fantasized about that moment my entire life so, the first chance I had to secure a 4-day pass, I booked a flight to see my parents in Connecticut.

I spent over an hour getting dressed prior to the flight. I shined my boots until they looked like mirrors. I used a ruler to make sure my branch insignia was in the proper location. I checked my “gig line” in the mirror a hundred times, making sure the buttons on my shirt lined up with my shiny brass belt buckle. I looked “STRAC”. I then departed for Raleigh Airport.

I thought that I would be treated like a VIP, a conquering hero. I envisioned being driven to my gate in one of those six-seater golf carts, followed by people swarming me, demanding I go to the airport bar with them so they could buy me a drink. Once on the plane, I was sure they’d bump me up to First Class and people would applaud as I stood up and exited the aircraft.

It didn’t quite work out that way. I had to go through security like all the “common” (non-airborne qualified) folks. The TSA agent at the screening point gave me a barely interested once over and said, “You’re gonna have to take those boots off”. I was appalled. Didn’t she realize it took me about fifteen minutes to get the laces lined up correctly? I looked around for help, a supervisor or concierge who would tell her, “He’s a combat vet, he doesn’t have to take his shoes off.”

But that didn’t happen. I reluctantly took my boots off and put them on the X-ray machine. The TSA agent also told me I had to take my jacket off as well. I gently placed the jacket in one of the plastic bins and proceeded to the X ray machine. As I went through I set it off. I was sent to the TSA form of detention, the places where they physically search you.