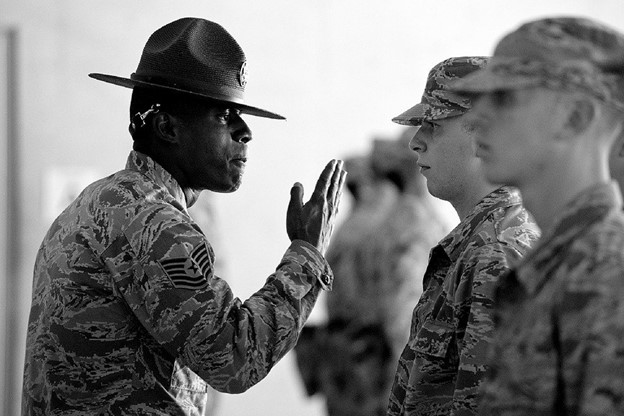 This first appeared in The Havok Journal September 30, 2014. Where do we stand today?

It has become a theme lately to talk about how standards are slipping in the armed forces. We get wrapped around the axle when the topic of women in combat arms comes up, some were furious about the repeal of ‘Don’t Ask, Don’t Tell’, and of course there is first hand evidence we all see any time we walk on to a military base lately. Is this a new thing, or have standards been slipping for a while now? Or maybe it is just a military tired from over a decade of combat? I will contend that standards are not at all what they should be, and haven’t been for some time.

Let’s start with physical fitness and nutrition. I will preface this with saying that I am no specimen of the human physique, but do take pride that I eat well and exercise regularly, and have not acquired any significant amount of excess body fat yet. I find this to be something that comes as a point of pride, but apparently not for everyone. In the military, regardless of military occupational specialty, there is a need to remain in at least decent shape. Yet, if you walk on to any military base tomorrow, you will find it easy to not only find over weight folks in uniform, but obese service members as well. You can say this is a reflection of society as a whole, but I say that is no excuse. Too many see physical fitness as a bare minimum requirement, and too many don’t even meet the bare minimums.

I think we can point first to the fact that the military has no grasp on what proper nutrition looks like, and the dining facilities are a reflection of that. With the weight problem we have, why in the hell is there “short order”? We need to axe that all together, and that is just a starting point. Cut the deserts, cut the massive overload of grains present at every meal, and over whelm the food line with meat and vegetables. That is just a step in the right direction, not even a complete solution.

If we can make a halfway decent attempt at correcting the pitiful nutrition present on post, we can then look to physical fitness. When is the last time you saw a non-combat arms unit running through an obstacle course? When is the last time you witnessed a support unit coming in from PT soaked with sweat and/or covered with dirt? Before I separated from the Army a few months ago, one of the official publications had an article from one of the top Army surgeons stating that high intensity work outs should be avoided due to there risk of injury. Are you kidding me? That is just a display of where our priorities are. The fact that the USMC is the only branch that incorporates the pull up in to their standard PT test is worrisome to say the least. The pull up is probably the most applicable exercise you can do when it comes to preparing for combat, second only to sprints (maybe). I recently read an article from another blog that talked about what physical training looked like in the WW2 days, and let me tell you we have lost our way since then. Don’t think that this is only a problem on the conventional side of the military either; I have yet to see a SOF unit that was completely devoid of someone that was not up to standards. Until the military changes its mindset to start treating EVERYONE like an athlete, and holding personnel to that standard, we will continue to see a decline.

Let’s now look at the state of military uniforms. Now, I am not one of those guys that advocate a return to spits ‘n starches. I find those “standards” to do nothing more than waste time and effort that could be better spent elsewhere. That being said, is it so hard to wear a clean uniform when not training? Can you not keep a separate set of pins ‘n patches for doing your business around post? How about a separate set of field and duty boots? All of these things were and still are standard in the Ranger Regiment, but I don’t think any other unit enforces the same. Also, we have dress uniforms, and shockingly you are allowed to wear them to more than just the annual ball. That military funeral you are attending in uniform? Yeah, that might be an appropriate time to break out the Brasso and get the A’s freshly pressed. Also, on the subject of uniforms, if you aren’t a recruiter then you shouldn’t be wearing your uniform around town. Walking around the mall, going out to eat, and running errands can all be done out of uniform – and should be. I can understand if you are going through the drive thru for lunch, or stopping at Mid Town Deli for a delicious bagel in between PT and the start of work, but if you have been released for the day or the weekend, then change into your damn civilian clothes!

Initial entry training has become a joke. This isn’t meant to be a “back when it was hard” anecdote, because I certainly did not go through when it was “hard”. Basic Training was frustratingly easy, and I know for a fact that what I experienced on Sand Hill was vastly “harder” than what soldiers at Ft. Jackson and Ft. Sill have experienced. It is not just the Army either; I am hearing the same things from my USMC brothers in arms who are traditionally known to have a tough initial entry experience. We have watered down initial training to the point that we aren’t producing well trained Soldiers, Marines, Airmen and Sailors until well after they arrive at their unit (if even then). This is a pretty big problem for first line leadership. They shouldn’t have to instill discipline at that point in the game- it should already be there. And if you are getting a new guy right before deployment, you are now risking lives. The biggest problem here is leaders at the highest levels pushing numbers. It starts with recruiters being stressed to the point of divorce and/or suicide to produce, and then drill sergeants having their careers threatened if the attrition is too high. As society as a whole is increasingly more unqualified to serve, we should see an equal rise in attrition during initial recruitment and training to keep the unqualified out of our ranks.

Finally, let’s take a look at weak leadership. The “Do as I say, Not as I do” leadership philosophy becomes more and more evident every time we hear of a senior NCO or field grade and even General officers committing crimes in the course of duty. We have seen countless examples of abuses of rank, and frankly it has come to the point where we need to look at what types of people we are promoting. We see more and more leaders who are fat and out of shape, and use the excuse that they are not “young” anymore. If we have double amputees who can find a way to stay in shape, then a CSM or Colonel can find a way as well. We also are seeing an increasing reliance on AKO and online training in the place of real leadership. I hate to break any hearts out there, but online training is not going to solve motorcycle accidents, PTSD, or suicides. Having all “green” on your trackers does not mean you have a healthy, well-trained unit. Yet, we see that as an “excellence” bullet on NCOER’s. I have heard more senior leaders bitch about young NCO’s not being involved due to the advent of social media, yet the “old guys” are some of the most violent offenders of “hands off” leadership. A complex problem cannot be solved by an Excel spreadsheet and a reflective belt.

One more note on leadership: senior leaders that are not straight-up “yes men” to higher leadership and politicians are going the way of the dinosaur. The military needs leaders that have the balls to say and do what is right, and what will win wars. Even if it means their career. Right now, decisions are being made at the highest levels that have absolutely nothing to do with winning wars. In some cases, the decisions being made very well may result with lives lost on the battlefield. Maybe it would help if they carried an “Army Values” card in their pocket?

Unfortunately, I think it will take a very hard and bloody lesson learned before the proper standards are restored. We have the ability to produce the finest fighting force in our nations history, but for some reason we have let standards go to the wayside. If you are reading this and you are in a leadership position, then for all of our sake relentlessly pursue the re-establishment of standards. If you are reading this and you know you are a part of the problem, then do us a favor and hang up your boots and find a job that doesn’t have lives and national security riding on it.