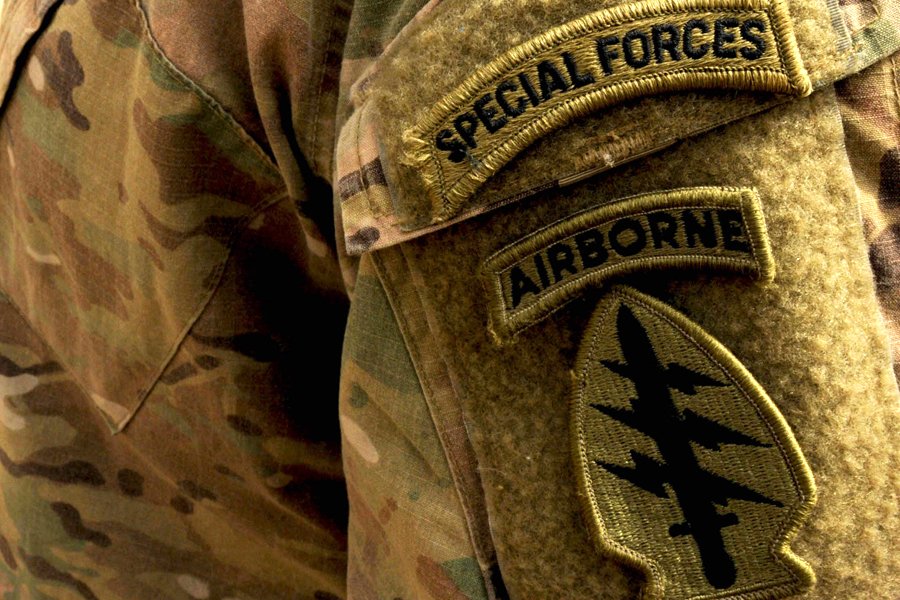 Editor’s Note:  This is the fourth and final part of a four-part series from Special Forces veteran Kevin Flike. These posts originally appeared in the blog Wounded by War and are presented here with the permission of the original author. You can read Part III here.

In between deployments, one of my best friends was severely wounded in Afghanistan. He suffered shrapnel wounds from two grenades and was shot once. By the grace of God he survived these injuries and was back in the states within a week of being injured. My wife and I were the first people to see him when he arrived back in the states. For some reason, when I saw him being wheeled into the hospital room with bandages and tubes sticking out of him, I thought to myself, “that could be me on my next deployment.” I went and visited my friend in the hospital every day and one day he randomly said to me, “You are going to get shot on your next deployment.” Even though he was highly medicated, I knew he was right.

Our seven months “off” between Afghanistan deployments flew by. A short trip to Thailand and two separate pre-mission training events made me feel like I was in a constant state of deployment. When we boarded our transport plane back to Afghanistan, it seemed liked we had just left Afghanistan only a few days prior. Right after take off, I was talking to a friend and he said, “not everyone is coming back from this trip.” After he made this gloomy prophesy, we both went to sleep, but before I dozed off, I thought that he might be right (he was right, my company lost three great men on the deployment).

We were very fortunate that no one was wounded or killed on my first Afghan deployment, however, this made me feel that something was more likely to happen on the second deployment. I thought, “you can only go to so many gunfights until someone gets shot.” On my second deployment, with every passing mission that no one was hurt or killed, I felt that the odds of something bad happening on the next mission were increased. It became almost mind boggling to me that my team could continuously run combat operations and not sustain any American casualties. I kept asking myself not if something was going to happen, but when.

It is unusual for a Special Forces team to be on a deployment long enough to have mid tour leave. However, our second deployment was long enough and I decided to take my leave in August of 2011. Mid-tour leave was two of the best weeks that my wife and I spent together. Unfortunately, I could not fully enjoy it because I kept wondering, “how do we (my team) continue to be so lucky?” At the end of leave, my wife said to me, “what if you die when you go back?” Of course I said that I would not. She went on to say, “what if these last two weeks were a chance for us to say goodbye one last time?” I could not help but think that she might be right.

About four weeks after leave (three days before I was shot), our team went on a three-day mission. We were responsible for clearing and holding a village so that another unit could set up a base in the village. It was an arduous three days that involved a little shootout. A couple of hours before pick up; my intelligence sergeant and I were standing on top of a roof surveying the valley to the south of us. I pulled my Bennington Flag from my body armor and we took a picture, using the valley as our backdrop. After we took the picture, my intelligence sergeant pointed to the valley and told me that we were going there in three days. He also said that we should expect a gunfight.

When the mission’s task organization came out, I noticed a glaring flaw. I was not on it. I was supposed to have the night off and be in charge of our Quick Reaction Force, but the idea of a firefight occurring without me terrified me. After weaseling my way onto the mission, I went to the gym (the first time that I thought I was going die I was not on the original task organization either, but I begged my way onto it). Just before I started warming up, I went to take my Saint Michael Medal off and a sinking feeling set in. I checked and re-checked but realized that it had fallen off on the last mission. 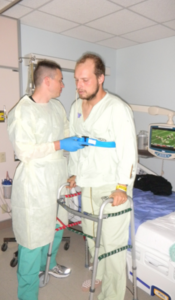 My mother-in-law bought the medal for me and gave it to me the day I graduated the Special Forces Course. I wore it everyday that I was in the Special Forces, until it fell off on that mission. In my mind, probability continued to mount against us (myself in general) and the signs were becoming apparent, something was going to happen soon. Before we left for the mission I e-mailed and called my wife, father, mother and two brothers. I knew something was going to happen and wanted to make sure that I talked to them.