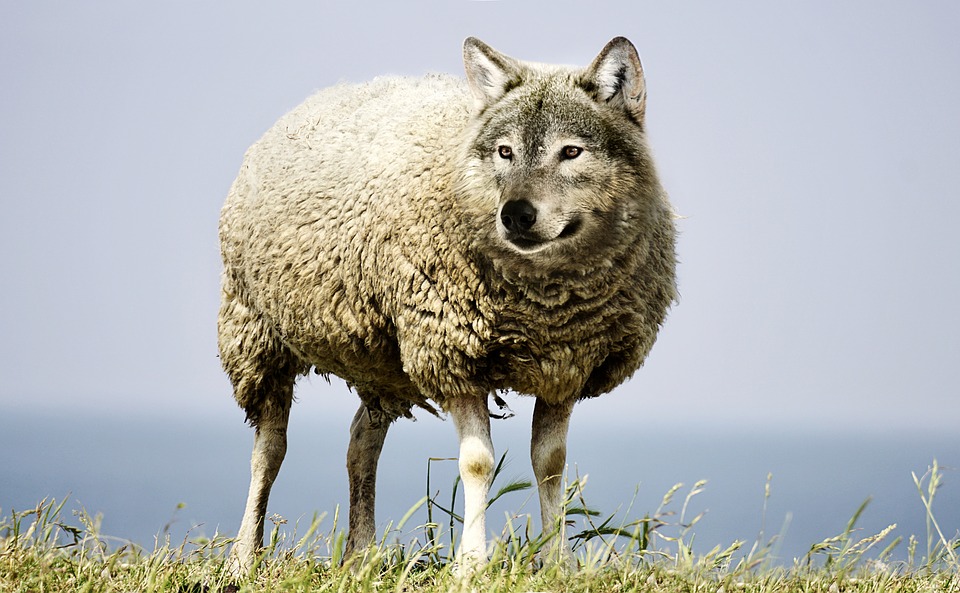 Everyone who reads this site is familiar with the sheep, wolves, and sheepdog analogy, as popularized by LTC (Ret) Grossman in his book On Combat. We all fit into one of those categories, he says—we need protecting, we are a predator, or we are a protector.

While Grossman’s analogy has a lot to do with the psychology of how an individual deals with trauma or how they are mentally geared toward violence—e.g. the wolf enjoys killing rather than suffering from adverse effects from doing it—I am primarily concerned here with how this paradigm has been applied. Although I find some issues with Grossman’s approach (which will be addressed further down), the intent here is to dig into the common perceptions of these categories—what they have become rather than just what they were intended to describe—as they seem to be perennially accepted in the military, veteran, and law enforcement community.

If you stand up against danger, you are a sheepdog. If you prey on the innocent, you are a wolf. And if you are innocent but require protection from others, you are a sheep. Of course everyone in this arena thinks of themselves as a sheepdog, so it works rather nicely. But what if it just is not that simple? What if that whole paradigm is harmfully simplistic?

I want you to keep that last term—harmfully simplistic—in mind for a minute. We will come back to that. We are going to step away from the sheepdog in order to draw an analogy.

A huge problem in the current socio-political narrative we all experience in the news, elections, and government action revolves around popular conceptions about social classes, namely the “rich” and the “poor.” Entire political platforms are crafted on the notion that we need to move monetary funds from one group to the other and the cries about this not being done enough or to a large enough degree fill our ears and eyes when we turn on the news or social media.

Regardless of one’s stance on the ethics of engaging in such an endeavor, what is important to note here is what is nearly always overlooked in this narrative—the transience of one’s particular standing on these proverbial ladders. The paradigm of “the rich” vs “the poor” too often assumes that everyone in those categories is there permanently and will never move without some sort of artificial stimuli.

But we know from mountains of data that this simply is not true. The wealthiest “1%”—as they have popularly been dubbed—are not the same people from one year to the next. Similarly, those in the poverty level of income are not typically there for the duration of their whole lives. Both of these extremes on the scale of income levels see a mobility in their ranks of people who are only there for a short time—some longer than others.

The reason we see this on something like income level is due to the unpredictability of the world combined with human nature. That is a really short and simple way of saying that there are countless variables and limitless factors leading to individual decisions that are completely incalculable.

Life is insanely complicated, so approaching it with the idea of everyone fitting into one out of three categories—e.g. rich, middle class, or poor—is not only problematic but harmfully so. We risk making some rather poor decisions if that is the framework upon which we build our worldview.

Categories Do Not Always Work

By this point I am sure you can see where I am headed with this. If we know that people’s status in the socio-economic world is transient in nature due to more factors than can possibly be known at any given time, why then would we assume a paradigm wherein everyone in the world fits into one of three categories in relation to threats of violence?

Consider it this way: I have been involved in some type of reality-based martial art (from Muay Thai to JKD, Filipino to Bjj and tactical 3-Gun) continuously for well over 20 years. Do you know what I have learned most of all in that time? My biggest takeaway has been the knowledge that I know very little and that I cannot assume anything about anyone’s capability with any kind of rational consistency.

That skinny dude who smokes and drinks too much? Turns out he was an all-state wrestler through all of junior high and high school and, despite being out of shape, still shoots a vicious double-leg takedown that will leave you flat on your back.

That overweight kid who is still in high school and looks like he couldn’t run a lap on a track to save his life? As it happens, he is ridiculously calm on the mat and will. Not. Tap. Out. Ever. But that behemoth of a dude who takes steroids, weighs 220lbs with no body fat, and just went through Marine Corps boot camp? He has the pain tolerance of a 3-year-old and I tapped him out twice in 5 minutes. Go figure.

One may hear these anecdotes and immediately question how they relate to the topic at hand. Why does the inability to predict a person’s ability to fight, based on how they look, have anything to do with the sheepdog analogy being flawed? Because the anecdotes themselves only tell a small portion of the story. The skinny dude is terrified of heights and dangerous situations. The overweight kid panics at the sound of gunfire. The bodybuilder, though terrible at handling pain in a fight, did become a US Marine.

The point is that these characters are all very capable in one arena, but not at all in others. The wrestler and the overweight kid would likely drop a dude who was threatening a woman or child in a public situation, but the idea of being a firefighter or police officer is completely out of the realm of possibility for either of them. So how does one categorize these individuals—as part-time sheepdogs? Sheep that sometimes transform?

Now let us make this even more complex. What happens when someone in a sheepdog role acts as a wolf? What if, say, individuals in positions that are by definition sheepdog roles become wolves that prey on others?

Again we see the transience of status wreaking havoc on our categories. But why does that matter?